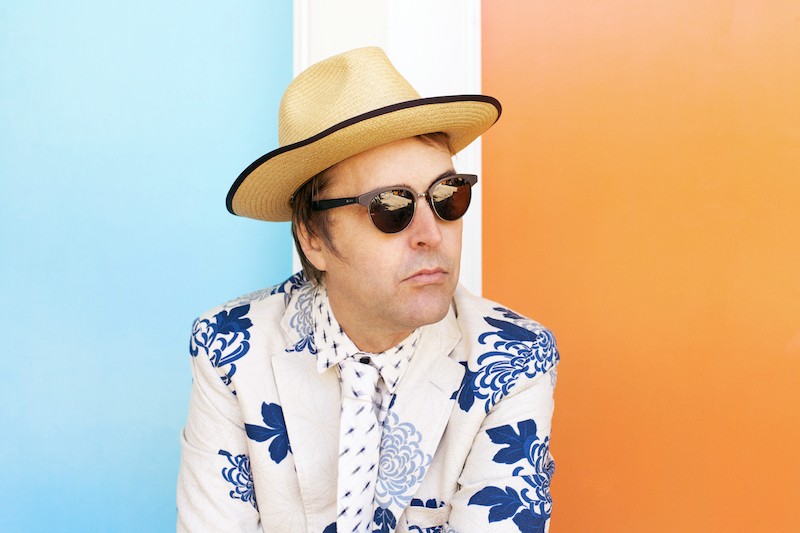 Photo By Karen Doolittle
Chuck Prophet will perform for a special solo acoustic evening at the Heights Theater Friday January 17.
Chuck Prophet is Rock and Roll to the bone. His early work with his band Green on Red is not only considered a major contribution to California’s Paisley Underground scene, but also a predecessor to the Americana music movement people recognize today.

Prophet will be making a special appearance at the Heights Theater for a solo acoustic show on Friday January 17. “It's a lot different,” says Prophet of his solo show. “I know one of the cruelest things you can say to an audience is, ‘This is a new song”, but I will be playing some new songs.”

Prophet released his well received 2017 album, Bobby Fuller Died For Your Sins on Yep Roc Records. The album features the historical track “Bad Year for Rock and Roll” documenting the wave of notable deaths of 2016, including Prince and David Bowie. 2016 may have knocked off many rock and roll legends, but Prophet is still a believer and advocate for the genre.

“Often times the way I feel about a record is how people react to it. People really embraced the record for one reason or another, I don’t know how to do that or what it is about the record that connected with people, but I’m happy about it.”

Prophet is usually backed by his full band, The Mission Express, but with a new album of more acoustic songs in the shoot for 2020, he is taking this opportunity to go solo before all the spring madness that awaits the band, including his yearly two day take over of Austin’s Continental Club during SXSW.

“I’m just enjoying playing these songs and songs that are off the beaten path. The band is getting ready for a full tour and you know it’s a great time for me to go out and play solo. I can be a little untethered when I play solo; I can go left, I can go right, I don’t have to worry about anybody being able to follow me.”

Prophet’s lyrics often contain comical references to popular culture and elements taken straight from the headlines but the artist says he is not often overtly political. “I’d like to think that people that listen to my music know that I'm not a fan of kids in cages so I don’t have to tell everybody that.”

He adds, “Everything is political; how you live your life is political. There’s enough longing, loss, gratitude and empty feelings to go around, but I think my music is rock and roll.”

" There’s enough longing, loss, gratitude and empty feelings to go around, but I think my music is rock and roll.”


Though a California native and longtime resident of San Francisco, Prophet has Texas connections and a long running professional relationship with many Texas artists. He has written songs with Kelly Willis and Alejandro Escovedo.

His recent partnership with the Luck Reunion, Willie Nelson’s much anticipated “Anti Festival” which takes place in March, filmed Prophet playing host to Aaron Lee Tajson in his hometown and highlights his new single, “High as Johnny Thunders”, which will be on his upcoming album.

Prophet cannot explain his connection to Texas but says he has always loved Texas music and notes that Austin’s Continental Club has been “a home away from home”.

“Austin has been this kind of oasis in the middle of Texas for roots music,” he says.  Adding, “I think that Houston is a vibrant place, I'm all about the Third Coast. Houston is such a large megalopolis and I find it interesting. I find the hip hop that comes out of Houston interesting.”

Chuck Prophet will perform with Josh Rouse Friday, January 17 at The Heights Theater, 339 W. 19th. Doors open at 7 p.m. $28-166.
California Privacy Policy California Collection Notice
Do Not Sell My Info
Use of this website constitutes acceptance of our terms of use, our cookies policy, and our privacy policy The Houston Press may earn a portion of sales from products & services purchased through links on our site from our affiliate partners. ©2022 Houston Press, LP. All rights reserved.