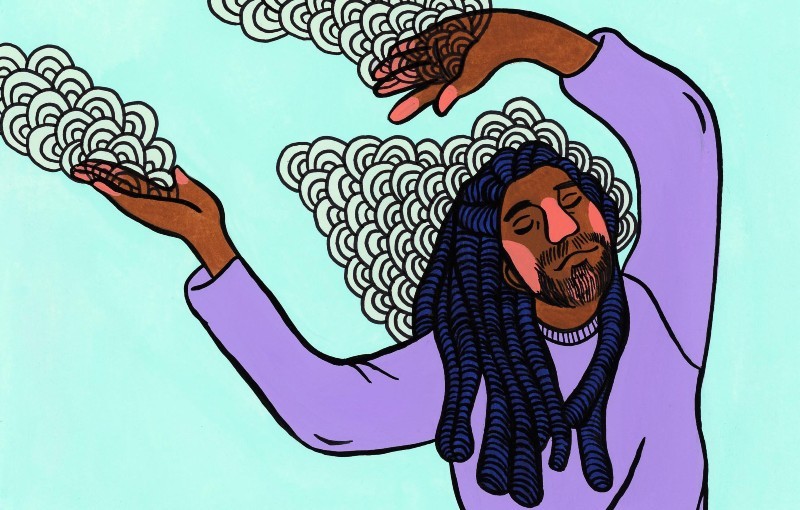 James Pendleton’s whole life in music has been leading up to this moment. He’s certain of it. The Houston music-maker has been crafting tunes since he was a teenager, most recently and perhaps most notably as a member of Rosewood Thievz. That group, with its genre-mashing blend of R&B and hip-hop, was once featured in a Houston Press article on the release of its single, “Drink Or 2.” The story’s writer referred to the song as “grown folks’ music.”

So, fans might be intrigued by Pendleton’s latest career turn, this moment to which he believes he was destined. Pendleton’s newest project is Uncle Jumbo. The focus is children’s music.

“I feel like everything I’ve ever done has led to this. It’s not like a transition or I’m switching directions, it’s growth,” he said.

The reason Pendleton has grown into a children’s music artist seems simple on the surface. He’s a new father. He and his wife, Ann-Marie, welcomed their daughter, Ani, to their young family in 2018. A deeper dive into this new direction reveals Pendleton and the universe were somehow working in tandem all along to bring Uncle Jumbo to life.

“Ani was diagnosed with a liver disease called biliary atresia. We found out about that after we left the hospital and went to her first pediatric appointment,” Pendleton said, and noted the family was very lucky to learn about this early on. They were referred to a specialist at Texas Children’s Hospital.

“I remember, she had to have her biopsy, and Ann-Marie and I used to sing One Way’s song, ‘Cutie Pie,’” and Pendleton perfectly sang the chorus to the ‘80s pop hit during our interview. “We babied it out for her. That was one of her first songs we used to sing to her, every day. 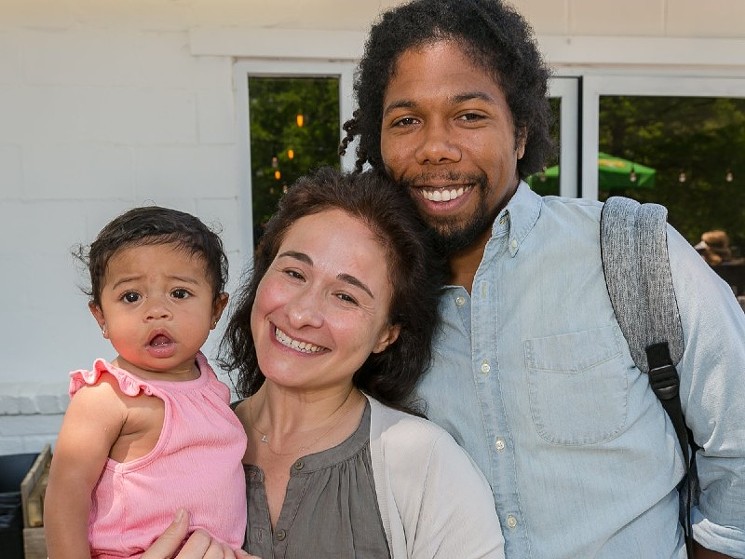 “It was crazy, when she had her biopsy, not even her big surgery, but they’re still cutting into her, it’s scary. We sang that to her before we gave her to the nurses and it was just like a flood of tears,” he recalled. “That song that we would sing around the house to her because we were happy, because we had this new little girl – even the words to it,” he said, then sang a few more lines.

“Cutie Pie, you’re the reason why I love you so, please don’t ever go,” he finished and considered the gravity of the lyrics. “You’re giving this little girl up for a biopsy and you don’t know what’s going to happen. Man.

“But, we just sang songs the whole time. We sang songs before we knew anything about that, just because that’s just a natural part of who I am and my wife, too, we love music. We sing to each other at home, we have our daily kitchen dances in the mornings. But when that happened, (music) was like a way to still have some joy while we had this uncertainty going on.”

Music was swirling in Pendleton’s head before Ani was born. He said this spurt of creativity hasn’t ceased, even beyond Ani’s successful surgical procedure and her recovery. He said he’d work on music late nights, between her feedings and even then he still wasn’t sure where the songs were headed.

There were signs all around him, of course. For instance, Ann-Marie is Armenian, so his father-in-law gifted the family a DVD by the Armenian children’s artist Taline. He was intrigued by the music and learned a lot of the songs to sing to Ani. He had performed music in the Art Car Parade’s Kid Zone before he ever conceived of Uncle Jumbo as a project. He’d coached kids over the years in all sorts of sports and, on the day of Ani's baby shower, he was instructing in The River, the Theater Under the Stars’ arts program for individuals with disabilities.

Even the name of his new project was already in place. 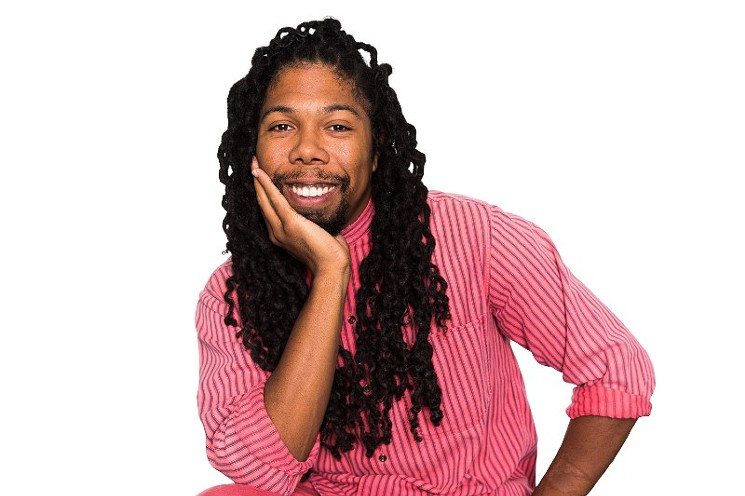 Pendleton has been writing songs since he was a teenager.
Photo by Trish Badger, courtesy of James Pendleton

“I’ve been Uncle Jumbo since before this started. My nieces, when I first met them, I don’t know if James was just too boring or if I was really large in stature compared to them,” he said with a laugh, “but they would just call me Jumbo.”

Still, he wasn’t inspired to do children’s music until he started watching Ani grow. He and Ann-Marie would feed her in the back yard and she found the garden setting there soothing.

“So, you’re sitting out there and you’re holding her and she’s already the most inspiring being and thing that’s ever happened, so the world around you becomes more inspiring. So, I’m talking to lizards, you know? Because everything means something now, I really care about everybody now.”

That setting helped Pendleton create the songs on Garden Groove, the first album. The more Ani did, the more the lyrics and themes came. One song, “Roly Poly,” arrived when Ani was learning to crawl. While she and her dad rolled around on the ground one day, he started freestyling lyrics for it. From the kitchen, mom heard the lyric and exclaimed, “Hey, that’s a hit!”

“It was by really just being captured and loving what she was doing. Kids’ music was not anywhere on my radar at all but seeing that and seeing what these songs were about and how they were used to be teaching tools, but they were fun to sing and Ani loved them, I think I just said how much of this can I make?”

The answer was a lot and very quickly. Pendleton became prolific in the genre in a short span of time. He wrote three albums’ worth of material in a month. Garden Groove’s follow-up albums are Body Movin’ and Nite Nite. All three are on major streaming platforms and feature wonderful art by Atlanta artist by way of Houston, Monica Alexander.


The first video for the music is for “Roly Poly” and the song and its video, produced by fellow Houston musician and video artist, Kalvin Camp, are great indications of what Pendleton is doing with Uncle Jumbo. Like the best animated pictures from Pixar and Disney, the entertainment value in Uncle Jumbo is high for children and parents. The new video is eye candy for the kids, with a simple, fun message, but it also sounds hip for the adults, with enough groove to make them want to dance. Imagine that somewhere in the untapped treasures of the late Prince’s legendary vault of music is an album made for kids. That’s what Uncle Jumbo sounds like.

“A big part of the mission is to connect. I don’t wanna make music for kids so you can go away and have time. I want you to listen to it together,” he continued. “I don’t want to have stuff that parents don’t understand or think is annoying or just give to their kids and have them go away, I don’t want that. I want really good music.”

Pendleton’s expanded on the idea of connecting families by performing live Uncle Jumbo shows. The performances feature the songs and are interactive.

Ani and Papa, a.k.a. Uncle Jumbo
Photo by Ann-Marie Tcholakian

“The whole thing is about kids feeling good and connecting with themselves and with their families and with each other when they come to the shows,” he said. “They’re meeting new friends and breaking out of their shells, kids who are normally shy end up dancing together, and I mean, they go full speed.”

Pendleton plans to focus on the initial three albums this year, though he’s written enough material for five. He’ll tour different Texas communities with the live show and even has plans to fashion Uncle Jumbo children’s books from the songs.

“I want to add to what makes a family close,” he said. “I just want to make something that will make you feel good because, I don’t know how old you are, but you had to be six to be how old you are right now and that part of you is still in there, that goodness is still in there, and I want to tap into that imagination and that optimism of that age that will allow you to connect.

“I’ve always thought about music as service, and I’ve wanted to give people good music and performance, I’ve put so much into that. But there was always this thing about wanting to join and accomplish everything the artists who I like have done,” he said. “That is nowhere here right now. It’s not about that at all. I really am on another mission.”
California Privacy Policy California Collection Notice
Do Not Sell My Info
Use of this website constitutes acceptance of our terms of use, our cookies policy, and our privacy policy The Houston Press may earn a portion of sales from products & services purchased through links on our site from our affiliate partners. ©2022 Houston Press, LP. All rights reserved.