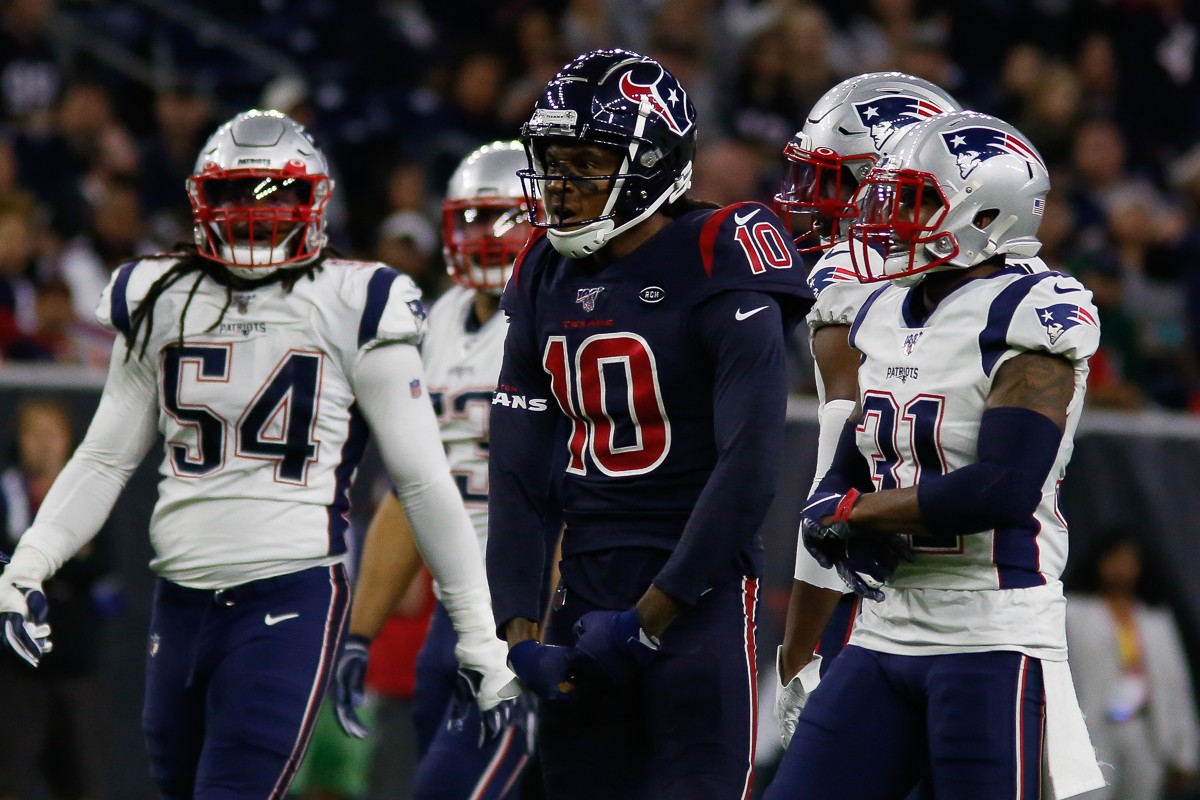 Photo by Eric Sauseda
DeAndre Hopkins was rated the best wide receiver n the AFC by Pro Football Focus.
The time for NFL roster reshaping will be upon us very, very soon. The NFL Draft Combine begins at the end of the month, free agency starts on March 16, and the 2020 NFL Draft will come the following month. I love the upcoming time of year, because it's shopping time! I love it even though the Texans will be missing their first round pick in the draft and will have far less cap space than previous springs.

So there are still a couple weeks to look back at 2019, and figure out what worked and what didn't, which players brought a serious impact and which didn't. To that end, Pro Football Focus, one of the better websites out there for analytical perspective on player performance, recently put out their list of the top 101 players for the entire 2019 season, including the playoffs.

The Texans were decently represented on the list, with three players making the cut. Here are some thoughts on the players who and didn't make it, and what this all means for 2020:

DeAndre Hopkins (39th overall) was the best wide receiver in the AFC
This is how great DeAndre Hopkins has become — 2019 was clearly not one of his best seasons, and yet he was still named first team All-Pro and was the top rated AFC wide receiver on this list. Granted, the AFC receiving crop was way down this year, but still, Hopkins is phenomenal. His yards per catch are down to 11.2 in 2019, but much of that was due to how Bill O'Brien used him. For big chunks of the season, Hopkins was a short yardage option to move the chains, a de facto extension of the running game. Hopkins' game should age very well, and I'd venture to say he is the most reliable elite player this team can count on for the next five seasons.

D.J. Reader (54th overall) should use these rankings to get his next contract
If someone had said before the season that the Texans would have one defensive lineman to crack this list, people would have universally said "Well, it's gotta be J.J. Watt!" To be clear, Watt was well on his way to being the top Texan on this list before he was injured in Week 8 against the Raiders. Instead, it was Reader making the list, and for him (and his heirs), just in the nick of time. Reader is set to hit free agency, and the likely outcomes are either a franchise tag from the Texans (around $15 million guaranteed for 2020), or a big contract from a new NFL employer. Reader was the fifth rated interior defensive lineman in the whole league in 2019, and has been a rising player for some time. If he gets away, he will be missed.

Deshaun Watson (87th overall) gets whacked for his bad performances
Watson's ranking is complicated. His best plays are stuff that the league would build a highlight film around, his best games are MVP caliber performances, but his worst games are really, really bad. Fortunately, he only had about three or four stinkers in 2019, but he will need to eliminate those completely if he is going to get on the level of young AFC contemporaries Patrick Mahomes (4th overall) or Lamar Jackson (9th overall). At 87th overall on the list, Watson was still the eighth best quarterback according to PFF, which feels about right.

To surpass 2019's performance, the Texans need these guys in next season's PFF 101
The Texans went 10-6 in 2019, but they finished the season with a negative overall point differential, and had an uncanny ability to play up to or down to the level of practically every opponent on the slate. Bill O'Brien is not conducting business like someone who is in this for the long build. The moves he's made indicate urgency, and the fact of the matter is that this team has to look significantly better in 2020 than they did in 2019, if people are ever going to remotely buy into O'Brien. In order to do that, the Texans need a couple of things relative to a list like this. First, they need Watson to finish about 60 spots higher than the 87th slot he's in now. Second, they need at least three new names on this list, in addition to Hopkins and especially if Reader leaves. Watt is an obvious one. Fully healthy, he is still a top 30 player. Left tackle Laremy Tunsil, the reason the Texans don't have a first round pick until 2022, made the Pro Bowl in 2019, but he needs to be on this list, too. I'd add safety Justin Reid as a vital core player with a good chance to crack this list next season.

Some former Texans on the list will frustrate Texan fans
So what would the Texans look like if Brandon Brooks, Jadeveon Clowney, and Ben Jones were still on the team? Because all three finished on the PFF 101 list. Brooks was rated the fifth — FIFTH! — overall player in the entire league! He walked in free agency after the 2015 season, and has since said that O'Brien was such an ogre to him that he wanted to retire. Since then, the Texans have trotted Jeff Allen and Zach Fulton out there as replacements. Advantage, Brooks. We all know the Clowney saga by now. O'Brien dumped him (and $7 million in cash) to Seattle for some spare parts and a third round pick (which they traded to Oakland for Gareon Conley). As for Jones, the Texans drafted Nick Martin after Jones left, and extended Martin on an $11 million per year deal. Martin's best accolade so far is Pro Bowl alternate in 2019.