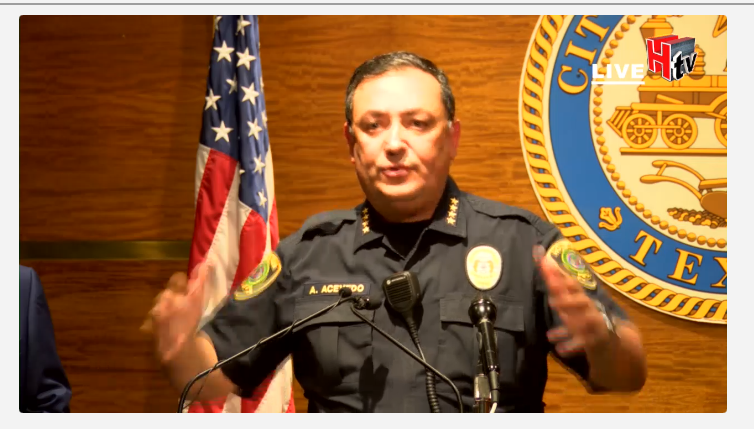 Mayor Sylvester Turner  called a 6:15 p.m. press conference Friday to repeat again that the city of Houston is not shutting down. Residents are not being told to shelter in place. The National Guard is not taking over. And social media messages that say or suggest those things are all false.

"There is no lockdown starting at midnight. There's no shutdown," Turner said.

"Do not be listening and taking information from people you do not know. Some one or people are intentionally putting out misinformation and trying to create pandemonium and fear," the mayor said.

Turner was joined by Houston police chief Art Acevedo whose department is investigating the false messages on social media.  Whoever is doing this could face criminal charges and they have talked with the Harris County District Attorney's Office about this, Acevedo said. The police chief also said this could be the action of "hostile foreign governments" out to spread misinformation.

"It’s important for the American people to not be played by people who want to tear us apart.," Acevedo said.

He said the problem with requiring people to stay inside their homes by a  shelter in place order is that while it works for a natural disaster such as a hurricane which has a defined end, these virus conditions are going to be with us for an undetermined time. When do you lift the shelter in pace order, he asked. People need to be able to go outside, smell fresh air, take a walk, Turner said.

The mayor also addressed robocalls going out with callers offering to help people get their stimulus money — another scam that has arisen in the last few days. The call asks people or their social security numbers. Pointing out the stimulus bill hasn't even been passed yet, Turner said not to give out this information.

The hysteria caused by people passing out threatening misinformation, "that's a crime that can do more harm than the virus itself," Turner said
California Privacy Policy California Collection Notice
Do Not Sell My Info
Use of this website constitutes acceptance of our terms of use, our cookies policy, and our privacy policy The Houston Press may earn a portion of sales from products & services purchased through links on our site from our affiliate partners. ©2022 Houston Press, LP. All rights reserved.