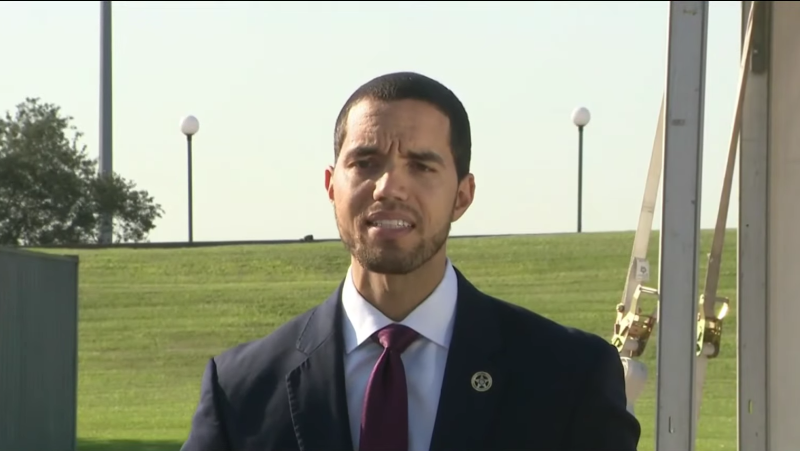 “We hold that the Election Code does not authorize an early-voting clerk to send an application to vote by mail to a voter who has not requested one and that a clerk’s doing so results in irreparable injury to the State,” the 100 percent Republican court wrote.

With this ruling, the state supreme court has officially sided with Republican Texas Attorney General Ken Paxton, who sued Hollins — a Democrat — over his ambitious plan to send mail-in ballot applications to all Harris County voters back in August.

Paxton claimed that Hollins’ plan went against the idea of “protecting the integrity of our democratic process” and raised the potential for increased voter fraud, although election experts agree that the risk of fraud tied to mail-in ballots is extremely low.

Texas is one of 16 states that require voters to apply for a mail-in ballot. The only Texan voters who qualify to receive a mail-in ballot are voters 65 or older, incarcerated voters, voters who will be out of the county during the voting period and voters with a disability.

Hollins has already mailed applications out to the county’s elderly voters over 65, and had agreed to hold off on mailing them to any more groups while the court battle played out. He contended that his plan to send unsolicited applications wouldn’t lead to ineligible voters receiving ballots since application would include detailed instructions on which voters are legally allowed to vote by mail, and he had repeatedly stressed that the goal of the plan was to provide safer options for voting during the pandemic.

A spokesperson for Hollins told the Houston Press that he will issue a statement on the court's decision shortly. This story will be updated as more information becomes available.

"It is disappointing that the Court has sided with political forces seeking to limit voter access this November," Hollins wrote in a statement. "Placing limitations on non-partisan outreach that educates citizens about their Constitutional right to vote should not be acceptable in a democracy."

He referred to the block on his mail-in ballot application plan as "the second blow to Texas voters in less than a week," the first being Gov. Greg Abbott's decision to limit all Texas counties to only one location where voters can physically drop off their mail-in ballots. That decision led Harris County to shutter 11 ballot drop off locations in less than 24 hours.

"In a county like Harris County, which stretches over nearly 2,000 square miles, it's clear that the Governor's intent is to ensure that seniors and voters with disabilities will stay home this November," Hollins wrote. "And now the Supreme Court is siding with political forces who wish to sow confusion about voters' eligibility to vote by mail."

Democracy requires us to ensure that every registered voter has accurate, timely information about their voting options," Hollins continued. "This is especially important now, when the global pandemic is threatening our lives and livelihoods, making voting by mail the safest way for millions of Texans to cast their ballot."
California Privacy Policy California Collection Notice
Do Not Sell My Info
Use of this website constitutes acceptance of our terms of use, our cookies policy, and our privacy policy The Houston Press may earn a portion of sales from products & services purchased through links on our site from our affiliate partners. ©2022 Houston Press, LP. All rights reserved.