Reviews For The Uneasily Quarantined:
The Witches 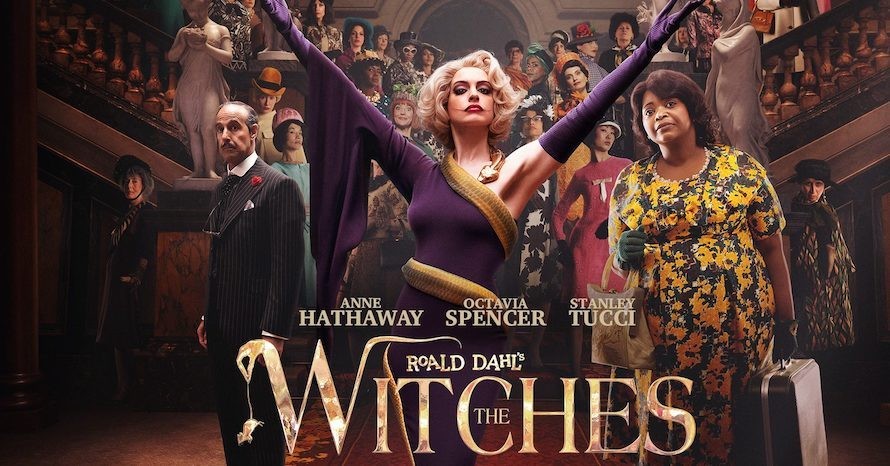 GEORGE: Hello, I'm George Cauldron. Is Suzanne ready yet?
HOMER: Almost, just give her another 20 minutes. [turns oven to high]
GEORGE: But the concert's at eight.

Rating Using Random Objects Relevant To The Film: 2 Remys out of 5.

Not So Brief Plot Synopsis: After the death of his parents, Charlie Hansen (Jahzir Kadeem Bruno, voiced as an adult by Chris Rock) goes to live with his grandmother Agatha (Octavia Spencer). An encounter between Charlie and a witch convinces Agatha to take Charlie to Alabama and hole up in a hotel for a while. Unbeknownst to her, the hotel is where the Grand High Witch (Anne Hathaway) has convened the coven to deal with the world's meddlesome children once and for all.


"Critical" Analysis: Nicolas Roeg's 1990 version of Roald Dahl's The Witches didn't exactly set the world on fire. A middling box office success with an ending that pissed Dahl off so much he demanded his name be removed (it wasn't), the movie nevertheless became something of a cult classic.

So it's mildly puzzling that Warner Bros. decided to remake it. More puzzling is why director Robert Zemeckis and company decided to water down that movie's dark comedy in favor of weightless, CGI-heavy slapstick that squanders the talent assembled on screen.

It didn't have to be this way. Guillermo Del Toro was in talks to produce a stop-motion version of the story over a decade ago (along with everything else he was in talks to do), but nothing every came of it. Del Toro still has a writing credit, but it's hard to believe any of his pre-production ideas made it to this finished concept.

This new version of The Witches stays with Dahl's canon (the witches' appearance and Norwegian origins), but also pivots to make some brief social commentary, depicting witches as racial opportunists that prey on the poor and those who won't be missed.

Fortunately, Grandma Agatha is a "natural healer" who knows all about witches (she watched her childhood best friend turned into a chicken, after all), and Charlie's throwaway line about Agatha being a voodoo priestess is a nice about-face of the usual take on that belief system. Credit for this should probably go to co-writer Kenya Barris (Black-ish), but even he can't keep the end results from ultimately being, in the movie's parlance, "Zemeckified."

Instead, half the movie is spent on animated mouse shenanigans (three writers and we still can't escape multiple "fat mouse getting stuck" gags) and humiliating its award-winning cast. Hathaway gets off the easiest, vamping it up with an accent best described as "Norwegian Dracula." Spencer is woefully reduced to playing straight woman to a bunch of mice, and Tucci — *sigh*— gets bitten on the nuts by an animated rat.

The ending also smooths over the source material, clumsily solving the issues of being a child trapped in the body of an animal that only lives a few years by implying being a mouse is more fun. Unfortunately, without the book's relative poignancy, The Witches is just another airy, ephemeral kid movie dump that'll be forgotten before Thanksgiving.

Still, as Fright Night and Soundgarden showed us, that "super big mouth" thing Hathaway does is pretty creepy.