Home With The Armadillo: Saying Goodbye To The Original Country Outlaws 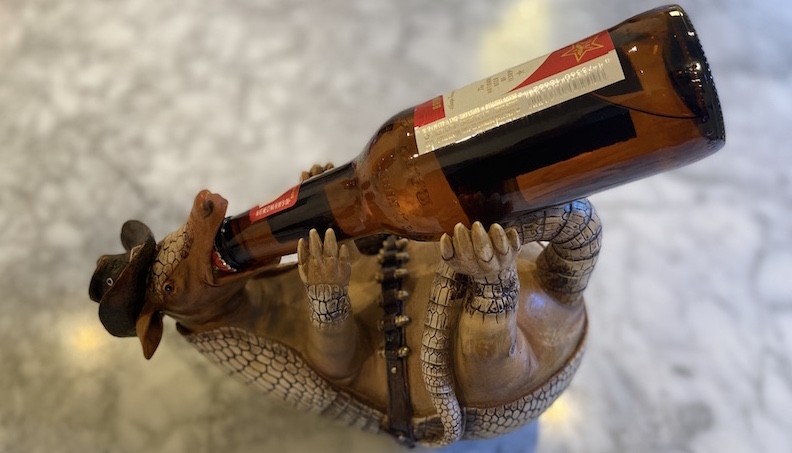 Photo By Gladys Fuentes
Last month we said goodbye to three Texas Outlaw Country legends.
Dear 2020, leave our beloved artists alone or to be more specific, leave Willie Nelson alone. In just the month of October, the Texas music community has lost three of its most important and influential artists associated with the Outlaw Country movement from the ‘70s.

First we said goodbye to “Whiskey River” writer and Houstonian, Johnny Bush who passed away at the age of 85. Bush’s path to the stage and music charts was greatly influenced by the one and only Willie Nelson.

Nelson and Bush made their way around the San Antonio scene and Nelson secured Bush a steady gig playing drums in Ray Price’s band and even funded his first studio album, The Sound of a Heartache. Bush tasted solo success singing songs written by other artists and was signed to RCA records who tasked him with writing his own hit.

Bush gave them “Whiskey River” but shortly after began losing his voice due to a neurological condition and he was dropped from the label. His old buddy Nelson featured "Whiskey River" in his groundbreaking 1973 album Shotgun Willie and gave Bush another audience. For years now, Nelson has started every concert with the song.

Only a couple of weeks after Bush’s passing, the world said goodbye to Jerry Jeff Walker who succumbed to cancer in an Austin hospital. Walker was a Texas transplant via the New York folk scene who became a pillar of the Austin music community of the ‘70s.

He joined the community of country “outlaws” at the famous Armadillo World Headquarters in Austin and is probably best known for his song “Mr.Bojangles” covered by everyone from Bob Dylan to Whitney Houston.


Walker was known not only for his musical style but for his larger than life personality and wild ways on and off the stage, which suited the new wave of artists that he was a part of in the state's capital or maybe the environment there suited him.

Less than a week after the shock of Walker’s death due to throat cancer, honky tonk hero Billy Joe Shaver died after suffering a massive stroke at the age of 81. Shaver was a real outlaw and one of the most unlikely poets of the outlaw movement.

Born in Corsicana, Texas it seemed Shaver was destined to be destitute. He describes in his autobiography Honky Tonk Hero how his father had beaten his mother almost to death when she was seven months pregnant with Shaver, her only son.

He saw the pre-natal violence of that evening as the catalyst that set his childhood circumstances in motion and the reason for him writing country songs saying in his autobiography, “Country music is essentially the blues, and that night introduced me to the blues.”

All three men are a tremendous loss to the music world and their contributions to the Outlaw Country movement are beyond substantial, yet each artist received varying levels of credit during their time.

Bush was mostly known within the Lone Star state and though Nelson continues to kick off concerts with his hit song, many fans attribute the song to Nelson himself. In recent years, Bush had continued to perform at Willie Nelson’s Fourth of July picnics and earlier this year collaborated with Austin’s Mike and the Moonpies on, “Say It Simply,” exposing Bush to new and younger audiences.

Walker is often one of the most familiar faces associated with the Austin born movement to push away from the traditional country sound of Nashville while raising a Texas sized middle finger to the establishment. Walker and his compatriots bled the line between rednecks and hippies paving the way for the pot smoking frat boys of the future.

Shaver often gets overlooked but it was his bravado that got Waylon Jennings to record an album almost entirely of Shaver’s songs in Honky Tonk Heroes, ushering him into the Outlaw movement himself. He famously confronted Jennings, who had an entourage of bikers around him, in a studio threatening to fight him if he didn’t give his songs a chance.

Shaver by all accounts was an outlaw with a heart of gold and anyone lucky enough to have shaken his mangled hand (Shaver lost part of his hand while working in a lumberyard in his younger days) can attest to the warmth and love he gave off, despite his rough and rowdy appearance.

He continued performing up until the beginning of this year when live events began to get canceled due to COVID-19.  Shaver never held back when performing and even when he couldn't get his guitar strapped to his crooked shoulders, he performed with all his might.  Nightly he and his band would hang their hats while he sang a tribute to his late son Eddy Shaver bringing audiences to tears.

All in all the power behind the Outlaw country movement is mostly credited to Waylon Jennings and Willie Nelson but all these performers and more helped cement the movement's place in history and really put Austin, Texas on the map as a musical focal point for the rest of the country.

The Armadillo World Headquarters may not be available for music fans anymore, but its legacy lives on as a place that welcomed varied artists from Frank Zappa to Tom Waits. The venue closed its doors in 1980 and the building was sadly demolished.

Nashville may continue to keep a tight grip on popular country but the undeniable strength behind a more stripped down and sincere form of songwriting started by the outlaw singers themselves lives on.

Though the original movement was mainly a Texan boys club of long haired cowboys who choose denim over polyester, currently the musical landscape is thankfully more diverse and inclusive of women who have their own stories to tell and bones to pick with the establishment.

Artists such as Nikki Lane, Elizabeth Cook, Margo Price and Amanda Shires, who played fiddle for Shaver and was encouraged by him to branch out on her own as a songwriter, represent a large part of the new wave of outlaws who continue the tradition of surprisingly poetic songwriting with a rebellious edge.

Everyday listeners from all over the world tune into SiruisXM's Outlaw Country channel and the success of their yearly Outlaw Country cruise proves that the movement is still alive and in demand.

Of the original crew Nelson, Michael Martin Murphy and Ray Wylie Hubbard are among some of the artists who still perform to this day and along with their younger peers, prove that a desire for authenticity is still prevalent in audiences today showing time and time again the immeasurable power behind three chords and the truth.

Though we may be forced to say goodbye to our beloved artists who paved the road to mainstream acceptance of the Outlaw Country sound, we will always have the music and the memories to guide us and remind us that those who choose a different path are often the most memorable.
California Privacy Policy California Collection Notice
Do Not Sell My Info
Use of this website constitutes acceptance of our terms of use, our cookies policy, and our privacy policy The Houston Press may earn a portion of sales from products & services purchased through links on our site from our affiliate partners. ©2022 Houston Press, LP. All rights reserved.