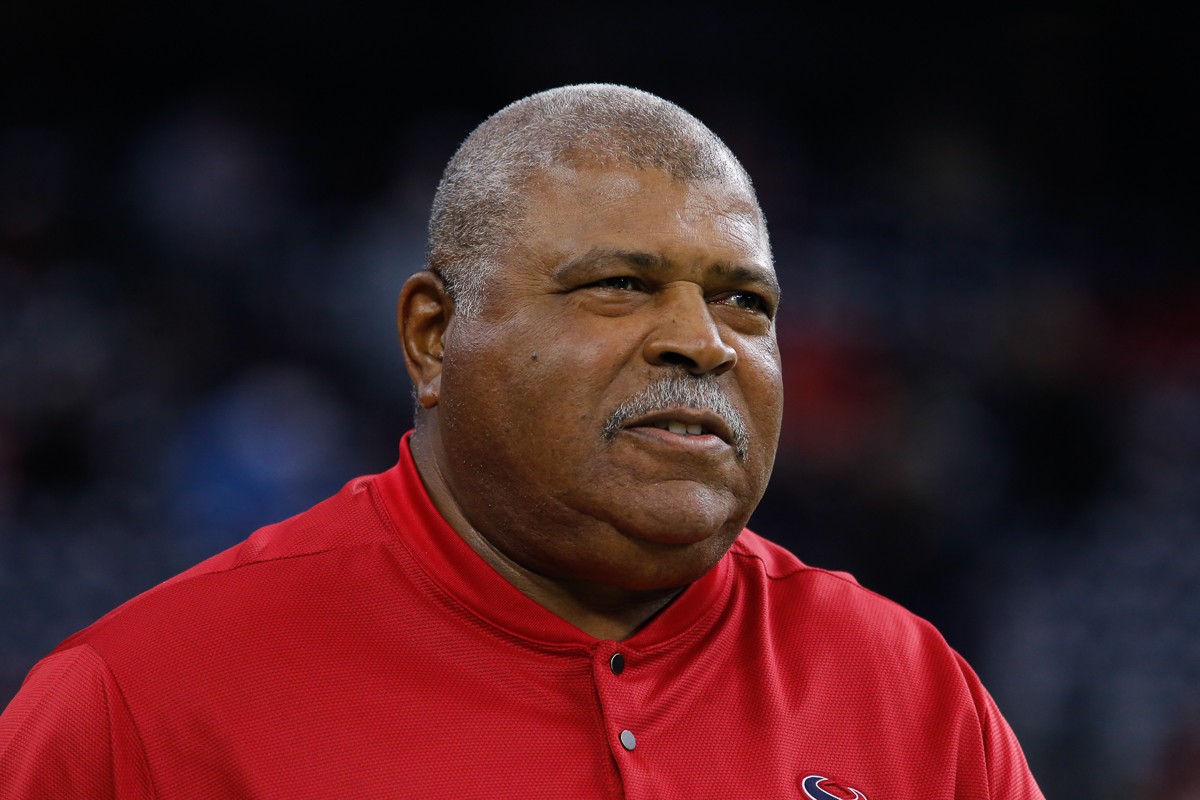 Photo by Eric Sauseda
Romeo Crennel's audition to become the next full time head coach did not go well on Sunday.
It was quite a day to be a Houston Texans fan on Sunday. From the time you woke up for your morning coffee right through the time you were sitting down for dinner, the whole day was a constant reminder of how miserable a lot in life this team (and by proxy, all of us, as fans of the team) have right now. While the 10-7 loss to the Browns and the Hail Mary catch by DeAndre Hopkins to give the Arizona Cardinals a last second win were frustrating, the most bizarre part of the day was this rumor-nugget from the NFL Network's Ian Rapoport:


From @NFLGameDay: The #Texans are considering keeping Romeo Crennel on through 2021, a controversial and unconventional discussion that is ruffling some feathers inside the building. But it is being discussed. pic.twitter.com/Ny0Ll1nCBd

Let me just be clear about one thing — I think there is a zero percent chance that the Texans begin next season with Romeo Crennel as their head coach and Jack Easterby as their general manager. Zero, zilch, nada. I think this is smoke, rumor, and innuendo planted by somebody, and right now the Texans are a pretty easy target into which one can inject some instability and chaos. In short, the Texans have been the perfect NFL metaphor for the year 2020.

However, let's just entertain the Crennel rumors for a moment. Hell, let's just critique Crennel for a moment as if he is the head coach of the Texans, since, even with the "interim" tag, he IS for at least another seven games. For the first time in his five game stretch as head coach, I feel like Sunday was a day that Romeo lost the chess match that is NFL football.

The loss to the Packers was a loss because of inferior talent. The loss to the Titans in overtime was not due to coaching decisions. (For the record, I agreed with Crennel's one big decision in that game, going for two up seven late in regulation.) Sunday in Cleveland was a different story. Oddly enough, the decisions where Crennel faltered, his staff faltered, or he was just maybe moving too slowly, all came on various FOURTH DOWNS.

Here they were, along with Crennel postgame commentary, where applicable

4th-GOAL from CLV 2, 12:59 left Q2, Texans go for the touchdown
I actually loved the decision by Crennel here to go for the touchdown and the early 7-3 lead, in a game where a four point lead, because of the weather, was going to feel like a mountain to climb. Here is Crennel's explanation:

“On the fourth-and-two, I was trying to get a touchdown. I felt like if we could get a touchdown in that situation with the weather being what it was that it would help our team quite a bit. We didn’t make it so we didn’t get the points on the board. We go into halftime, and it is 0-3. Now, we have to come out in the second half and we have to do a job in the second half. In the second half, we didn’t take advantage of our position with the weather and didn’t make the plays that we were making in the first half.”


Again, I love the decision, but the play call by OC Tim Kelly — a QB draw that everyone in the building was waiting for — was abysmal. While it's Kelly's play call, Crennel himself said when he took the interim job that he is responsible for the plays that get called. I literally said to Clint Stoerner, my postgame cohost, with whom I watch every game, "Please God, don't run the QB draw." They ran the QB draw.

4th-13 from CLV 30, 4:30 left Q2, Crennel has Ka'imi Fairbairn pooch punt instead of kicking a 47-yard FG
Look, I wasn't in the stadium, so I have no idea what EXACTLY the wind was doing, but if the wind was an issue, then I don't have a huge problem with this decision, even if you're trailing 3-0 at the time. Crennel on this decision:


“It was into the wind. I knew that a field goal would be rough, tough at that one so we popped up the punt. We call it a pop punt by the field goal kicker. He did a nice job. I think he put it inside the 5 on that one. In a game like today when the weather is a factor and you have great field position, you can play for field position and that can help you.”


OK, this one was fine. Live to fight another day.

4th-2 at CLV 27, 3:37 left Q3, Texans burn a timeout to decide to kick a FG, and miss
Here is where the chain of logic, from the previous fourth down decision we outlined to this one, falls apart. Here is Crennel on the decision to eschew a short, potential conversion for a long field goal attempt in a tornado:

“I made a decision on the field goal. I was thinking about going for it and needed more time so I called timeout. Then I decided to kick the field goal. He (Texans K Ka'imi Fairbairn) hit the ball well, and the wind just moved it out of the uprights. The second timeout that I called, they were huddling on the ball and we were thinking that it was not going to be an offensive play so we had guys running on and off the field and so we were jumbled a little bit. I said rather than get a penalty and give them a first down that I would call a timeout. I called the timeout and used it at that time.”


This just doesn't work for me. The Texans went for it on 4th and goal from the two yard line (so essentially a 4th and 2) early in the game, then they pooch punt because of wind. Now, those two decisions are kind of coming together, and Crennel contradicts BOTH things he did earlier in the game. Also, he burned a timeout to arrive at this decision. How do you NOT know what your plan is, based on certain scenarios in that situation, to the point where you need to burn  timeout to decide? That part was unacceptable. Speaking of burning timeouts....

4th-4 at 50, 7:58 left Q4, Texans get spooked into burning a timeout out on defense when Browns send offense back out to make it look like they were going for it
This was yet another instance where Romeo, frankly, looked like he was burning timeouts because the game was moving too fast for him. The Browns had a 4th and 4 at midfield, and to the shock of the Texans, sent their offense back onto the field to make it look like they were going for the first down. Discombobulated, the Texans burned their SECOND timeout of the half just so they could gather themselves. As soon as that happened, the Browns offense trotted off the field as if they'd accomplished their mission (which they had, taking a shoddily coached team and exposing their shoddiness).

I say all this to say, Crennel seems like a sweet man. I do not want him as the permanent head coach of my football team. No thank you.