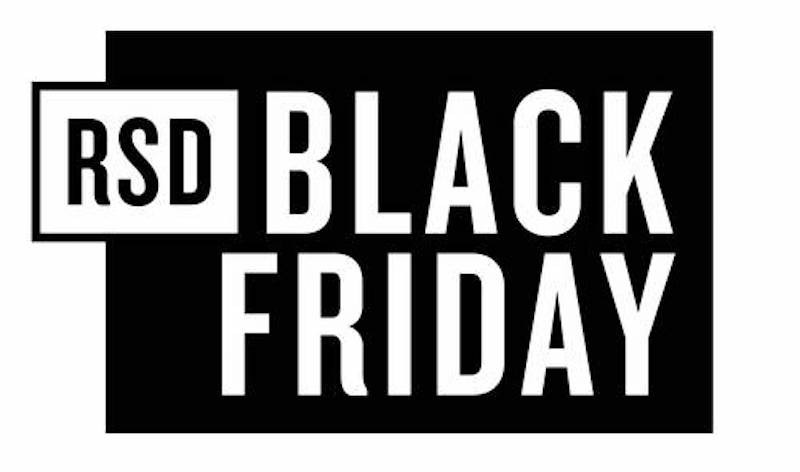 Despite a year that has been anything but normal, the holiday shopping season has arrived just as it has in years past. Black Friday may look different this year, but the desire and need to check our loved ones off our Christmas list remains the same.

Record Store Day has adjusted to the constraints of this year by changing  from a one day event to various drops of limited edition special releases throughout the year. But Record Store Day Black Friday will go on as planned the day after Thanksgiving.

As the economy suffers due to the COVID-19 pandemic, few sectors have made it this far without suffering long-term effects and losses but it was reported back in September by the Recording Industry Association of America that for the first time since the ‘80s, vinyl record sales have surpassed the sale of CDs.

Speaking to local record stores, even though no one is jumping for joy quite yet, it’s clear that following the initial shock and shutdowns of March, people by and large have been purchasing more vinyl and the Record Store Drops format is working, benefiting shoppers and stores alike.

Spacing out special releases not only gives consumers more time to plan and budget allowing them to spread out their spending instead of dropping a large amount in one day which can be difficult to do, but it also allows them to avoid the chaos of Record Store Day if they are only really interested in one or two items.

For businesses, despite still not knowing which releases they will receive until the time comes, the new approach has allowed them to better prepare and handle the demanding crowds of previous years.

“If you add the three days together, it was quite a bit more than if it would have been in one day just because more people can shop and take their time versus cramming it all in one day,” says Tomas Escalante owner of Mid Main gem Sig's Lagoon. “I wouldn't be opposed to doing something similar like that again.”

In the past few years, journalists and economists have referred to the resurgence of vinyl as a “surge” but Escalante and those on the front lines inside our independent record stores see it differently.

“They need to remove the description as ‘surge’, it's just the medium. It’s what it is and hopefully, they embrace it more and keep opening plants,” says Escalante. Currently there are 28 vinyl record plants in the United States and the wait time to get an album pressed into vinyl can be quite long.

“Kids are the ones that are coming up and they're getting ignited into trying to get into the vinyl system,” says Cristina Acuna, general manager of Cactus Music. “It’s what everybody wants because CDs, according to a lot of audiophiles, never got the sound right, cassettes have always been trash and vinyl seems to be the preferred medium to listen to the music so I think people are just coming around to realizing that.”

For Black Friday, and the other Record Store Day drops, Cactus Music has adopted a ticket system where customers can claim their spot in line on Black Friday with 50 tickets available per day leading up to and on Black Friday.

Unlike years past where customers camped out in front of the store eagerly waiting for the doors to open, camping is not allowed anymore and customers must wait in line according to their number and have a list of their desired purchases to hand over to employees to make the process run smoother and avoid any confusion at the front of the line.

“Frankly the drop system is great. The tickets, in terms of keeping things efficient, are awesome but I'm sentimental and I kind of miss seeing people camp out and enjoying themselves in the lead up to it so it's a mixed bag on that,” says Acuna.

Most stores will be opening earlier than normal with Cactus opening up at 10 a.m. and Sig's at 8 a.m. but customers should always check the website of participating stores and be prepared to adhere to mask policies and social distancing while in line and in the store. Stores are not allowed to hold merchandise for customers, as they have to agree to this condition when agreeing to participate in Record Store Day.

Though this year's list is smaller than last year's by a couple dozen titles, it covers many genres with reissues and new releases alike. As always, quantities are limited but a full list of releases is available on the Record Store Day website.

Hip hop fans can look forward to a release by the late Pop Smoke as his posthumous album, Shoot For The Stars Aim for The Moon, receives its first physical release on cassette and CD. The Beastie Boys 1994 compilation album Some Old Bullshit featuring early recordings from the ‘80s will get the RSD treatment with its release on white vinyl.

Classic rock fans also have some treats to look forward to. Pink Floyd's David Gilmour is releasing his first new song in five years with “Yes I Have Ghosts” on seven inch and The Rolling Stones are releasing a collectors edition of Let It Bleed which not only has been mastered by twelve time Grammy winner, Bob Ludwig but each vinyl was handcrafted using layers of color making each of the 900 copies unique.

Willie Nelson's 1976 performance at Austin City Limits will see its first commercial release of a special evening where Nelson and his band performed The Redheaded Stranger in its entirety.

Metal heads can gear up for Christmas with Motorheads 1980 UK XMAS release of “Ace Of Spades” featuring the band in Santa suits on the cover. The album comes with a Christmas ornament and a never released instrumental track as the B-side.

There are also some very special cover songs including Sharon Jones and The Dap Kings Just Dropped In (To See What Condition My Rendition Was In), a collection of surprising covers by the band and Puscifer's version of the Elton John classic "Rocketman."

For those looking for a more complete collection there is Rollins In Holland: The 1967 Studio & Live Recordings, a three LP collection of previously unissued performances by Sonny Rollins. Also, the late great John Prine’s The Asylum Albums, another three LP release replicating original packaging from the artist's previously released albums.

For a complete list of titles and participating stores visit the Record Store Day website. The gift of music should never be underestimated and supporting musicians and independent music stores has never been as important as this year.
California Privacy Policy California Collection Notice
Do Not Sell My Info
Use of this website constitutes acceptance of our terms of use, our cookies policy, and our privacy policy The Houston Press may earn a portion of sales from products & services purchased through links on our site from our affiliate partners. ©2022 Houston Press, LP. All rights reserved.