Most Popular 2020 News Stories in the Houston Press

Photo by Reggie Mathalone
The year 2020 marked by isolation and social distancing.

In 2020, the year of the pandemic, it's no surprise that many of our most-read news stories concerned COVID-19 and the political fallout from the virus. Even with the marches about the death of George Floyd and the national election for the presidency, the coronavirus question was there — should unmasked people mass together no matter the possible health cost? Who was wearing masks at which rally?

Sports, as always, were a major interest for our news readers. Toss in some possible animal sacrifice, traffic (always a winner in Houston) and the need for girls and women to defend themselves and you have our most-read stories this past year.

It was hard to ignore the sense of isolation. Or the number of sick people and deaths. Or the sense that things have to get better in 2021 — if not right away, then eventually.

Police Chief Art Acevedo asking residents for calm and not to believe everything they were reading on social media in March.
Screenshot

Houston Is NOT on Lockdown

Early on as the pandemic was spreading across the Houston area, social media was all ablaze — but some of the information it was spewing out was incorrect. Houston Mayor Sylvester Turner called a late Friday news conference on March 20 to announce that the city was not shutting down and the National Guard was not taking over the city. Police Chief Art Acevedo made an appearance as well who said that his department was investigating the false messages that were going out.

Mayor Sylvester Turner dealing with the news that the governor was taking charge.
Screenshot
Abbott Says His COVID-19 Orders Trump Those of Local Officials

In April, Governor Greg Abbott who had said he was leaving it to local officials to decide what should be done about COVID-19, instead announced Texas needed to get back to work and that his orders to open things up would override anything any mayor or country judge wanted to do regarding stay-at-home orders or mandatory mask requirements.  Asked about it, Mayor Sylvester Turner responded "I mean, he's the governor." 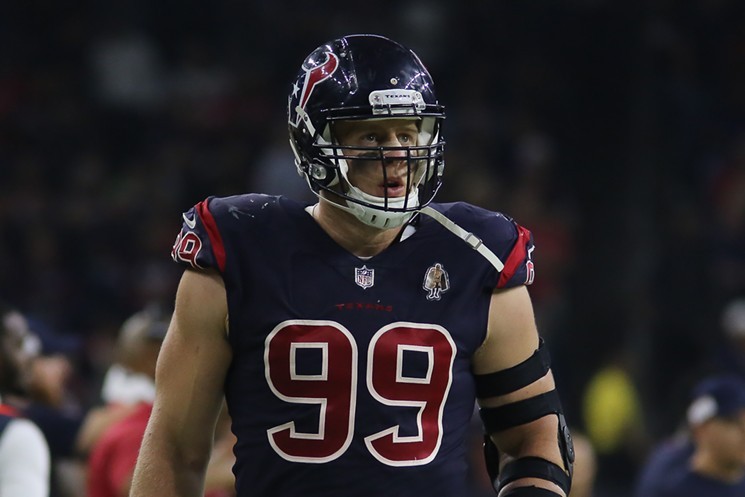 J.J. Watt may be running out of time to make it to a Super Bowl with the Houston Texans.
Photo by Eric Sauseda
Potential Trade Destinations for J.J. Watt

By October, the smiling J.J. Watt that we knew had disappeared as he became increasingly vocal — if tersely put — about his disappointment with how the 2020 Texans season was going. Sean Pendergast wrote about where Watt might be traded to if a deal could be made.

All the bad news didn't start with the pandemic. In mid-January, Major League Baseball lowered the boom as a result of the Astros' stealing signs scandal and announced that there would be no first- or second-round draft picks for two years. Team owner Jim Crane then fired GM Jeff Luhnow and Manager A.J. Hinch.

The hoarding began.
Photo by Mike Mozart
Why Are You Hoarding Toilet Paper?

Still very early in the coronavirus scare, people began grabbing toilet paper off the shelves — so much so that grocery stores began limiting how much anyone could buy at the time. It was also at a time that scientists and the experts we relied upon didn't realize that yes, COVID could deliver a nasty gastrointestinal effect. As too many of us learned later, yes toilet paper was a good thing to have around. 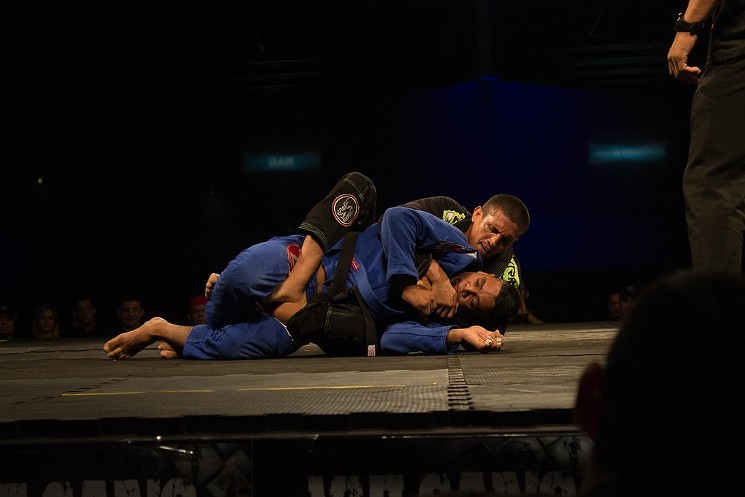 Writer Jef Rouner made a strong argument for why his young daughter and other girls should be taught to protect herself in a culture that sometimes excuses rapists and assailants.

The pre-COVID mean streets of Houston.
Photo by Doogie Roux

How the Coronavirus Could Reshape the Debate on Traffic in Houston

Jeff Balke, who writes frequently on traffic issues, suggested local officials should seize upon the diminished traffic caused by all the people working (or not) from home because of the pandemic and rethink highway and street needs for the future.

What was in the bag?
Photo by Autumn Smith and J.D. Hartman
Possible Santería Animal Sacrifice Found in Galveston

By August, with people increasingly taking to paths, trails and beaches to walk off some of their pent up energy, Houston artist Autumn Smith and her boyfriend J.D. Hartman discovered a bad of unknown contents and the corpses of a chicken, turtle and a black bird arranged in a beach tableau. Galveston officials denied that it was evidence of Santería or any other kind of ritual. The animal bodies did not appear to be eaten by animals.

In mid-April, the news that Gov. Abbott was about to open up the Texas economy, was greeted with some wariness by Mayor Sylvester Turner and Harris County Judge Lina Hidalgo — both of whom were not quite sure the timing was right.

Turns out the New York Yankees may have had a sign-stealing scandal of their own. Sean Pendergast — and many of our readers — were quick to note the high horse Yankees player Aaron Judge climbed aboard amid the Astros' troubles.
California Privacy Policy California Collection Notice
Do Not Sell My Info
Use of this website constitutes acceptance of our terms of use, our cookies policy, and our privacy policy The Houston Press may earn a portion of sales from products & services purchased through links on our site from our affiliate partners. ©2022 Houston Press, LP. All rights reserved.