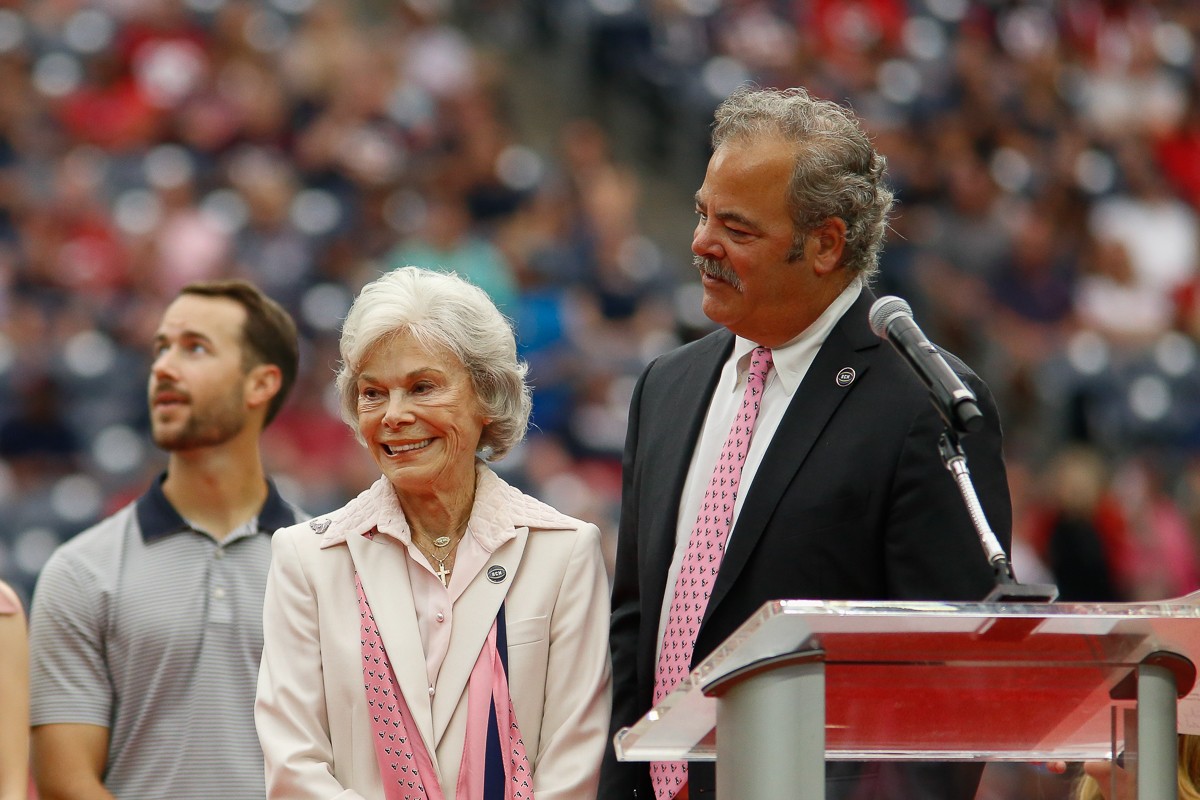 Photo by Eric Sauseda
Who will the McNairs choose as the next Texans head coach?
We've hit a lull in the Houston Texans' drama cycle, and for Houston sports fans, who've had to endure a James Harden trade and a George Springer departure in the last week, that's probably a healthy thing. There's only so much hand writing on behalf of Deshaun Watson and praying for a competent head coaching hire that Texan fans can do before going insane.

So as we sit here, on Thursday, January 21, here is what the betting odds board says about the Houston Texans' head coaching vacancy:

Ok, now here are a few thoughts on where we stand:

It appears as though we are done with forming the candidate pool
There are ten names on that odds board, but in reality, we are probably down to seven real candidates, if not fewer. Of those listed above, all have had Zoom interviews with the team, except for Mayo, Daboll, and Day. Of those three, Mayo might be a late addition to the mix, as a rising star on the Patriots staff and a former All Pro linebacker, while Daboll has publicly taken his name out of the running for head coaching jobs, but he does share an agent and Patriot history with both Nick Caserio and Jack Easterby. Ryan Day's inclusion feels like a token college head coach tossed into the fray. All in all, the Texans' future head coach is virtually guaranteed to come from this list.

Eric BIeniemy is the favorite — both betting favorite and actual favorite
Here in Houston and around the league, the thought seems to be that if the Texans can hire Bieniemy, it would (a) be a massive face-saving move during an offseason in which the Texans have been a running joke, and (b) it would placate Deshaun Watson, who still hasn't spoken publicly since January 4. Earlier this week, I made the case that Bieniemy should take the job, even without assurances that Watson will be here, assuming the paycheck is right (and by right, I mean MASSIVE). Bieniemy's hire would be the best this fan base has felt about the franchise since the day that Watson was drafted in 2017.

The best value on the board is....
I would say Leslie Frazier, the current Buffalo Bills defensive coordinator, at 5 to 1. He reportedly interviews very well, and has experience as a head coach in Minnesota back from 2011 through 2013. His defense in Buffalo has been off the charts good over the second half of this season (go back and see what they did to Lamar Jackson last weekend), and he shares an agent with Caserio and Easterby. (Sadly stuff like that matters.) Frazier would not be a hire that ignites the fan base, and I'd be very curious who he would bring in to coach the offense, although keeping OC Tim Kelly around from O'Brien's staff is a possibility, but Frazier's personality might mesh well with Watson.

So when do we think the winning ticket will cash?
I really feel that Bieniemy and Frazier are the front runners for this job. They are also the only two still coaching in the postseason. In fact, they are coaching heads up against each other in the AFC title game this weekend, Kansas CIty's offense versus the Buffalo defense. So whichever one loses will get a chance to fly to Houston and do a face to face interview with the decision makers, Caserio and the McNair family. So it will likely be at least into next week, if not after the Super Bowl, when we get anything official from the team. However, the rumor mill will churn overtime, in the meantime.