Photo provided by TSA
The taco, minus the meth.
In one of the more absurd news alerts the Houston Press has received in recent history, the U.S. Transportation Security Administration announced Friday that its security officers at Hobby Airport discovered a breakfast taco full of eggs, cheese, what appears to be brisket and a bag of crystal meth earlier this month.

Misidentified as a “breakfast burrito” by the TSA’s press office, the taco was discovered on April 2 during a routine X-ray screen of one traveler’s carry-on luggage. When a strange lump inside the taco showed up on the monitor, TSA officers asked the traveler to unwrap it for a closer inspection.

Predictably, the taco’s owner wasn’t keen on opening it up and insisted it was simply some food the traveler was saving for later. The TSA officers insisted that the taco be unwrapped, and when the traveler finally complied they saw “something dark and unusual” inside it.

Upon scanning the taco a second time, the TSA officers noticed black tape and some kind of dark wrapping “around a large organic mass,” which they suspected was some kind of illegal substance. They called the Houston Police Department, and HPD officers then confirmed the “organic mass” was crystal meth. 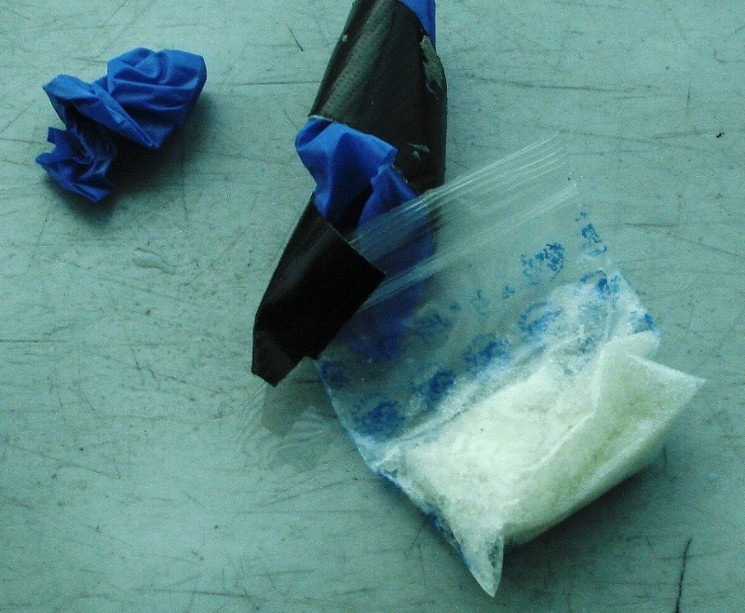 The meth, minus the taco.
Photo provided by TSA
“HPD officers took possession of the contraband and placed the traveler under arrest,” read the TSA’s news release.

A thorough visual analysis by the Press cross-referenced with our index of local taco offerings leads us to believe that the breakfast-treat-turned-inanimate-drug-mule in question was likely a Brisket Premium Taco from Pappas Bar-B-Q, which operates a location within Hobby Airport’s main terminal.

In addition to the illicit contraband, the traveler appears to have added a splash of salsa to the taco as well. That’s one spicy breakfast.
California Privacy Policy California Collection Notice
Do Not Sell My Info
Use of this website constitutes acceptance of our terms of use, our cookies policy, and our privacy policy The Houston Press may earn a portion of sales from products & services purchased through links on our site from our affiliate partners. ©2022 Houston Press, LP. All rights reserved.