Thunderstorms and Rain Whip Through Houston Overnight, But Luckily Don't Hover in Place 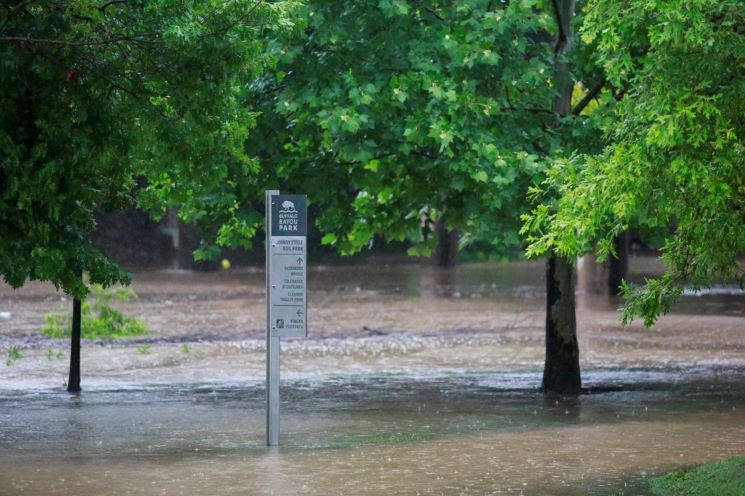 Photo by Reggie Mathalone
Buffalo Bayou Park at the intersection of Waugh and Allen Parkway was under water.

Yes there was flooding and some residents lost power for several hours Tuesday night into Wednesday morning and a lot of us were kept up for hours with loud claps of late night thunder, but overall, thanks to a fast-moving storm, the Houston area fared better than expected so far in this week's rain event.

Which doesn't mean the usual suspects, like the Buffalo Bayou area didn't fill up with water. More rain was falling this morning and was expected to continue especially in areas south of I-10 meaning with ground already pretty well saturated, the chance for street flooding remains.

We've seen this picture before.
Photo by Reggie Mathalone


Over at spacecityweather.com they were still hanging on to a Stage 2 rating for flooding this morning, just in case the rain this morning and afternoon tips the balance in areas south and east of Houston.  According to AccuWeather, rain and the possibility of a thunderstorm as expected to continue through Friday at least with spotty morning showers Saturday. The Weather Channel was predicting thunderstorms through Saturday and showers Sunday morning. And the National Weather Service still had the upper Gulf Coast under flash flood watch conditions this morning.

Just keep reminding yourself: the Houston area needed the rain. Not the least to replenish those new plants and grass you put in after the ravages of Winter Storm Uri.

Houston ISD announced this morning that classes would continue as usual today. 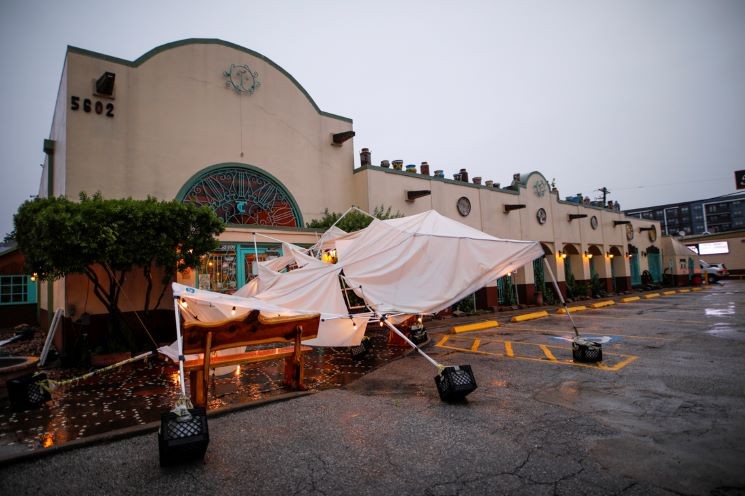 El Tiempo on Washington had some damage.
Photo by Reggie Mathalone

If there's heavy rainfall, residents can count on Buffalo Bayou Park flooding.
Photo by Reggie Mathalone
California Privacy Policy California Collection Notice
Do Not Sell My Info
Use of this website constitutes acceptance of our terms of use, our cookies policy, and our privacy policy The Houston Press may earn a portion of sales from products & services purchased through links on our site from our affiliate partners. ©2022 Houston Press, LP. All rights reserved.