Simone Biles Will Perform in the Individual Balance Beam Final 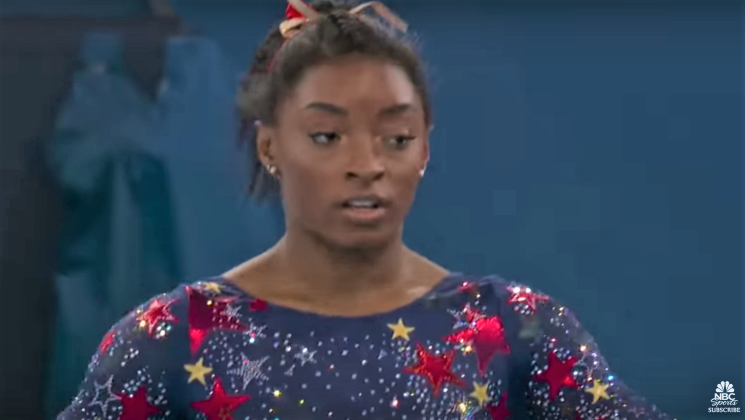 This comes after The organization that oversees Team USA's Olympic team announced the decision in a tweet on Monday:

“We are so excited to confirm that you will see two US athletes in the balance beam final tomorrow - Suni Lee AND Simone Biles!! Can’t wait to watch you both!”

We are so excited to confirm that you will see two U.S. athletes in the balance beam final tomorrow - Suni Lee AND Simone Biles!! Can’t wait to watch you both!— USA Gymnastics (@USAGym) August 2, 2021


Biles' was expected to dominate the Tokyo Games, with some even hoping she would win all six of the events she was competing in, which would have made her the winningest female Olympic athlete in history. However, she had indicated going into the surreal Tokyo Games and then turned in an uneven performance during the first portion of the team competition showing nerves and a lack of focus that we've rarely seen from the world's most decorated gymnast.


After something clearly went wrong during her turn at the vault last Tuesday—Biles was slated to perform a high-scoring Amanar with 2.5 twists but didn't get enough height and opted to do a Yurchenko with just 1.5 twists, lurching into an awkward landing—she scratched from the rest of the team competition, a development that would have been unthinkable during the Karolyi era of the team, as we've previously noted. Despite her absence the U.S. team still took silver, an impressive recovery although it marked the end of more than a decade of American dominance in the event.

Over the following days, Biles has explained that she had a case of "the twisties," where a gymnast's brain is suddenly unable to track where her body is as she flies through the air, losing control in a way that can lead to a number of serious injuries. “For anyone saying I quit, I didn’t quit, my mind and body are simply not in sync as you can see here,” Biles stated on Instagram. “I don’t think you realize how dangerous this is on a hard/competition surface.”

Since then she has been evaluated steadily each day, but has ultimately had to withdraw from the other events, including the all-around competition, vault, uneven bars, and floor finals despite a chorus of critics weighing in constantly on whether she was making the right decision. (The U.S. team has still done pretty well overall, with Suni Lee taking gold in all-around, team alternate McKayla Skinner winning silver for the vault and Jade Carey winning gold in floor exercises.) Now, though, she's slated to come back into the arena for this last event. We're betting it's going to be one hell of a show.
California Privacy Policy California Collection Notice
Do Not Sell My Info
Use of this website constitutes acceptance of our terms of use, our cookies policy, and our privacy policy The Houston Press may earn a portion of sales from products & services purchased through links on our site from our affiliate partners. ©2021 Houston Press, LP. All rights reserved.