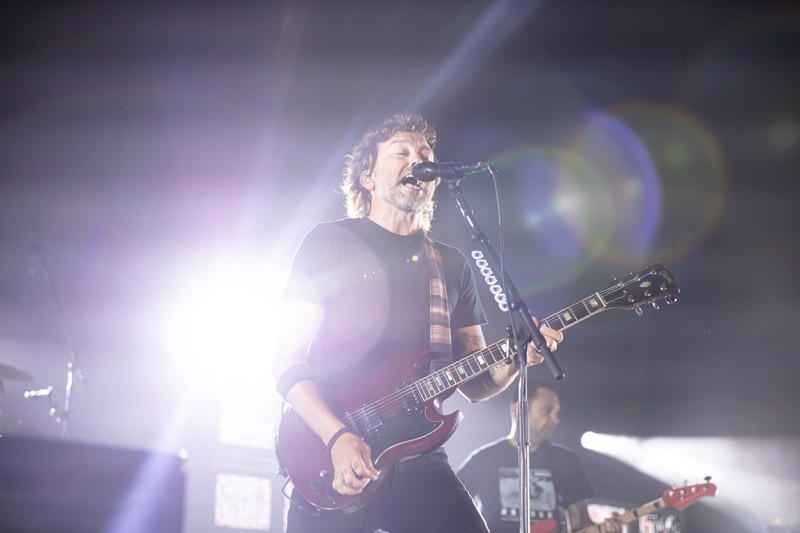 “We sow seeds to see us through / ‘Cause sometimes dreams just don’t come true / We wait to reap what we are due.”

At times, it felt silly to mourn the loss of something so comparatively trivial given the scope of the COVID-19 pandemic. But over the past year and a half, I have also wondered whether a life without concerts constituted a life well-lived.


For many of us, live music is an outlet. It provides a community – if only for a brief few hours – where personal baggage and differences are left at the door as a collective catharsis washes over everyone in attendance. The loss of such a thing surely warranted grieving, no matter what else was going on in the world.

COVID isn’t in our rearview mirror yet, but we’ve made progress. Given the availability of vaccines and general quarantine fatigue, a lot of folks are ready to get on with their lives. Fortunately for music fans, Rise Against are among those pushing forward through the unknowns.

The seasoned punk rockers visited Bayou Music Center Thursday night, emerging from an involuntary hiatus that kept them from touring for nearly two years and forced them to delay the release of their latest album, Nowhere Generation, multiple times. Like much of the audience, the band brought plenty of pent-up energy with them. 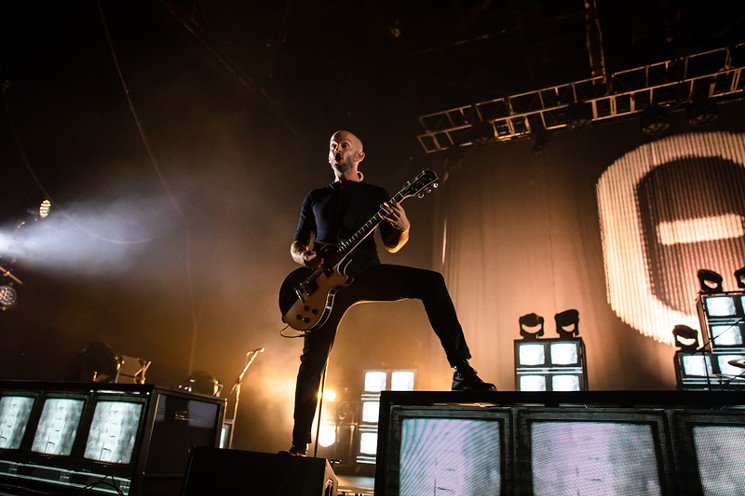 Zach Blair
Photo by Violeta Alvarez
For 90 minutes, the Illinois-based quartet gave fans exactly what they had been waiting for. Rise Against performed almost 20 songs from their last seven records, including four from their latest, which was finally released back in June.

“Being back here feels a little bit like a dream because we all spent a year where someone kept pushing the finish line back on us,” vocalist Tim McIlrath told the crowd three songs into the show. “Every time we thought we were going to walk outside, the door closed. Which makes all of this feel a bit magical.

“But I’m here to tell you right now that this is not a dream,” he concluded before launching into “The Violence,” the lead single from the group’s eighth album, Wolves.

McIlrath went on to say that many of Rise Against’s lyrics took on different meanings during the pandemic. “Audience Of One” – boasting lyrics the “Now all my friends are gone” and “Synchronizing watches to the seconds that we lost” – felt especially poignant on Thursday night, and was likely even more so for the band when they were relegated to playing virtual concerts.

Near the end of the show, McIlrath performed two ballads – “Forfeit” and “Swing Life Away” – by himself before bassist Joe Principe, guitarist Zach Blair and drummer Brandon Barnes returned to the stage for “Make It Stop (September’s Children),” a militant message of hope for LGBT youth.

Rise Against closed out the evening with “Savior,” which was dedicated to the saviors in the audience who spent the last year and a half saving one other and being saved.

So yes, sometimes dreams just don’t come true. COVID is still a worldwide concern, after all. But sometimes they do. And in my book, live music being back sure qualifies. Because as McIlrath goes on to say in “Re-Education (Through Labor),” “Our days are precious and so few / We bring the dawn long overdue.” 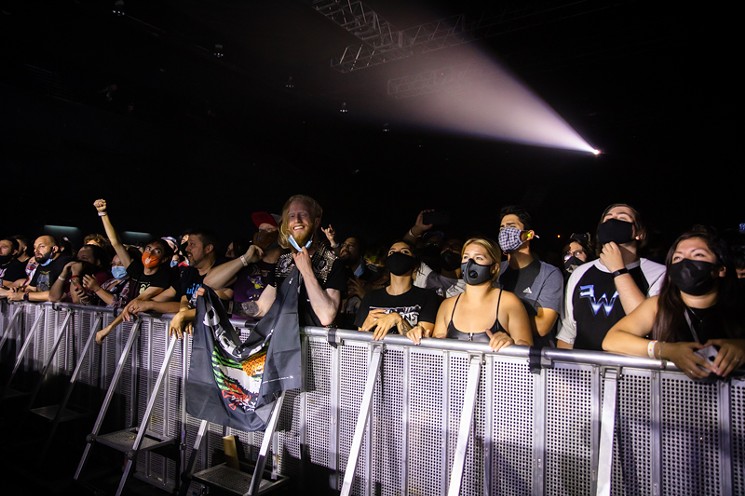 The crowd
Photo by Violeta Alvarez
SET LIST
The Numbers
Re-Education (Through Labor)
Satellite
The Violence
Broken Dreams, Inc.
Audience Of One
Ready To Fall
Nowhere Generation
I Don’t Want To Be Here Anymore
Under The Knife
Give It All
Forfeit (acoustic)
Swing Life Away (acoustic)
Make It Stop (September’s Children)
Prayer Of The Refugee

ENCORE
Survive
Worth Dying For
Savior