Thanks To You Unvaccinated Jerks, Here's What's Left Of 2021's Movie Releases 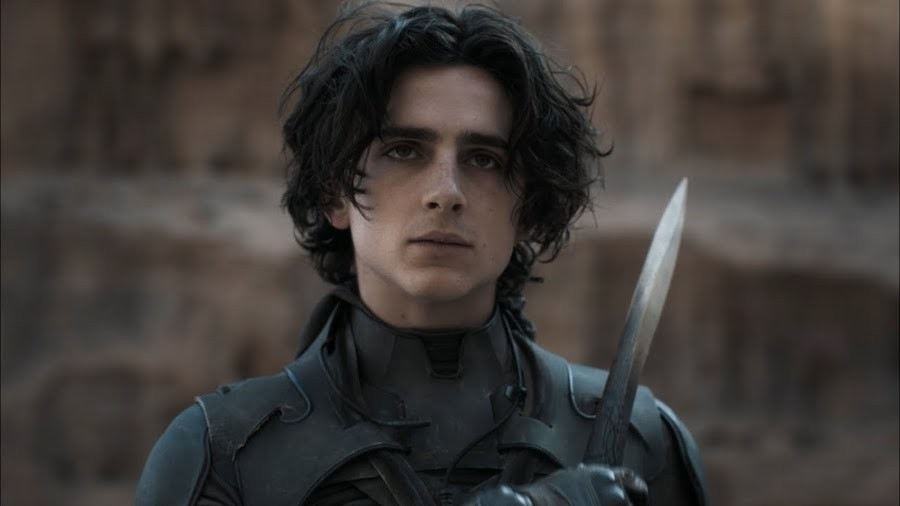 Warner Bros.
Paul Atreides will cut you if you don't get the jab.
So the last time we did one of these, the global box office had just enjoyed one of its best years, theaters (and sports arenas, and concert venues) were cheerfully packed to capacity, and the virus that would come to be known as COVID-19 had only just surfaced in a Chinese meat market.

We all know what happened next: the resulting pandemic forced movie studios to delay the release of most of their major motion pictures. The assumption being that once a vaccine was developed, folks would do their civic duty by getting the shot, thus returning our beloved multiplexes to their former glory.

It's a year and a half later, and despite the fact that several of the aforementioned vaccines are widely available, studios are once again kicking several of their biggest titles to next year. All because a depressingly large number of Americans have decided Twitter bots and YouTube mouth-breathers are better sources of health information than actual doctors and scientists.


Some studios are pushing forward with theater-only releases (Shang Chi and the Legend of the Ten Rings, released last week), some are unhappily continuing with a hybrid streaming/big screen strategy (Dune), while others — namely Paramount — have thrown in the towel and are moving everything to 2022. As of this writing, that includes Top Gun: Maverick, Jackass Forever, and Mission: Impossible 7.

As for the rest, here you go. And grow up and get your damn shots.

A new James Wan horror movie is usually worth a look, even one that's been in the can since last year. Good thing it's widely accepted that September technically counts as Halloween season.

Prisoners of the Ghostland (September 17)
Release: Theatrical and VOD

When Nicolas Cage is the most normal thing about the trailer, you're in for a real ... treat? But then, this is Sion Sono we're talking about. Expecting the (grotesquely) unexpected is par for the course.

27-year old Ben Platt reprises his starring Broadway role as a socially anxious high schooler, making him older than John Travolta was in Grease (but still younger than Olivia Newton-John or Stockard Channing). Maybe they could've set the movie in grad school. Or community college.

The Many Saints of Newark (October 1)
Release: Theatrical and HBO Max

James Gandolfini's son Michael adds some eerie vérité to this, which will unsurprisingly hit HBO the same day as it lands in theaters. And speaking of deceased HBO titans, any chance of getting an Omar origin story?
Venom: Let There Be Carnage (October 1)
Release: Theatrical

Breaking news! This was originally in the October 15 slot, but Sony — emboldened by the box office success of Shang Chi, shifted it back two weeks earlier. It remains to be seen how enthusiastic pandemic audiences will be for one more Spider-Man "Universe" movie sans Spider-Man. Especially since, well, keep reading.

"It stars Agathe Rousselle as a mentally disturbed woman who becomes pregnant after having sex with a car." What the hell can you add to that?

This one, as Captain America once said, kinda feels personal. I've been waiting for this to come out since 2019, though tempering my expectations given the relative diminishing returns of Daniel Craig's run. This movie also might change how future Bonds are financed, since it's been reported that — thanks to delays — NTTD will have to make nearly $1 billion at the box office to turn a profit. That's something no film has even sniffed since the pandemic began.

The long-awaited second (or third?) cinematic adaptation of Frank Herbert's sprawling sci-fi novel finds Denis Villeneuve at the helm with a star-studded cast. Still can't help but feel it might have been "spiced" up with the return of a shirtless Sting.

Phase 4 of the MCU continues apace with this tale of immortal aliens, directed by Nomadland's Chloé Zhao for some reason. The trailer lets us know why they didn't fight Thanos, but good luck getting the Avengers to swallow that "ancient vow" crap.

Real Americans like me don't give a frog's fat ass about the British royal family, but what I find amusing is how so many critics are suddenly discovering that Kristen Stewart is a very good actor. Some of us have been saying that for years.

Will our insatiable appetite for nostalgia sink non-superhero cinema once and for all? Would anyone care? Paul Rudd is in this, along with the surviving members of the original films and that kid from Stranger Things, which is Sony's desperation heave to get anyone under the age of 40 to care.
House of Gucci (November 24)
Release: Theatrical and Paramount+

AKA Ridley Scott's attempt to avoid having to talk about the Alien franchise for a few months.

This is a reboot of a lengthy movie series whose quality could charitably be referred to as "mixed." I'm favorably inclined towards this one because Crawl's Kaya Scodelario is playing Claire Redfield, and also because they're really leaning in to how dumb the name "Raccoon City" is.

I mean, it's not like anyone is ever going to tell Steven Spielberg "no," but this is still a pretty hilarious ego flex from the dude who gave us War Horse.

After unintentionally taking 2020 off, the MCU sees its third release in as many months with its third Disney/Sony effort, and will feature previous Spider-Men like Tobey Maguire and Anthony Garfield. Which sounds a lot like what happened in Into the Spider-Verse.

It's nice that the Wachowskis got (some of) the gang back together (adios, Morpheus), but after watching Keanu huff and puff his way through John Wick 3's fight scenes, I'm not sure I still believe Neo knows kung fu.

As with Warner Bros. and Wonder Woman 1984 (released last year), I'm guessing 20th Century Studios is really wishing they'd just bitten the bullet and released this in November of 2019, because it's a pretty safe bet this one won't hit the $400 million in receipts the first two Kingsman flicks did.

One good thing about no longer having very young children is that I don't have to catch every animated movie that comes down the pike.

Not that I recommend dragging your under-12s to a theater these days, anyway.
California Privacy Policy California Collection Notice
Do Not Sell My Info
Use of this website constitutes acceptance of our terms of use, our cookies policy, and our privacy policy The Houston Press may earn a portion of sales from products & services purchased through links on our site from our affiliate partners. ©2021 Houston Press, LP. All rights reserved.