Pitbull and Iggy Azalea at The Woodlands 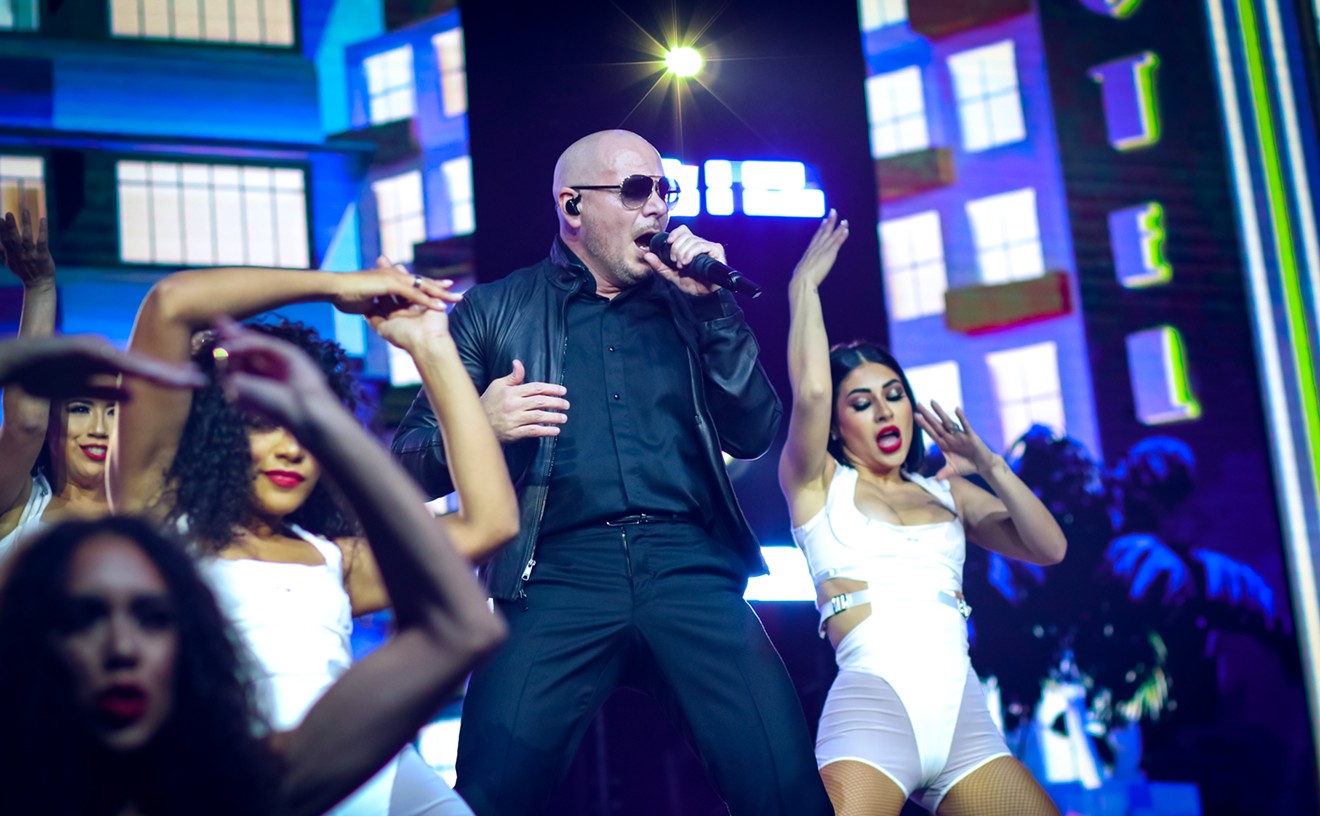 
Friday night was one of those rare, ideal weather days here in H-Town. As we drove up to The Woodlands on I-45, we reveled in the cool breeze and near zero humidity. It was perhaps one of the last lovely evenings of Texas summer, one without the need to carry a sweater, raincoat, or bug spray with us on the way out the door.

The Woodlands Pavilion is the perfect venue to catch a show on these type of nights, and the near capacity crowd was feeling exuberant as they waited for Mr. Worldwide to hit the stage.


But alas, life is characterized by evolution and change. As you're reading this, Tropical Storm Nicholas has most likely blanketed over the Gulf Coast with yet another storm, altering last weekend's perfection into this week's torment.

Although this is now our reality, we can always reminisce on the good times. Through the power of thought and perspective, we can turn any situation from a negative to a positive. 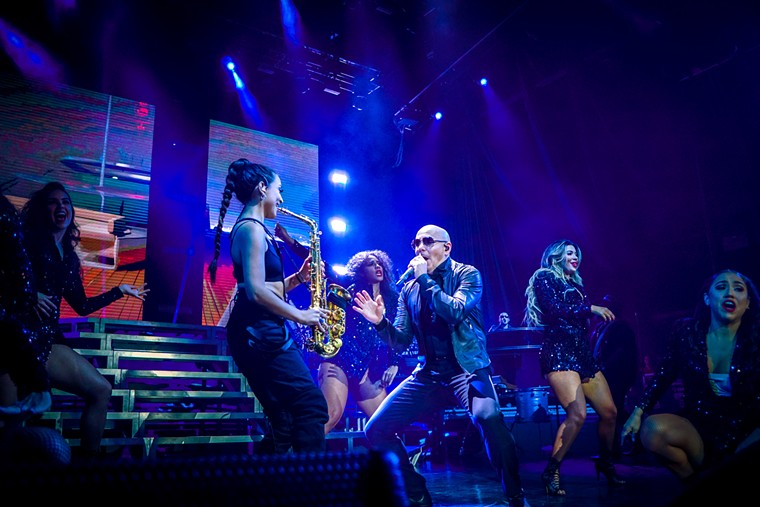 Pitbull's music and stage persona has evolved dramatically since his debut album M.I.A.M.I. was released in 2004.
Photo by Marco Torres

When the curtain dropped for the headliner's introduction, the large crowd burst into a roaring applause. I haven't heard this level of excitement since my last review for this publication, a full 18 months ago. My heart raced as the lasers, pyrotechnics, and spotlights combined for the spectacle that makes every Pitbull concert an instant classic.

The first song was the lively "Don't Stop The Party", a track with an extremely catchy, syncopated beat laced with drum breaks, setting the mood for an evening of club anthems, fun pop tunes, and inspirational quotes. The backup band and dancers tried their best to keep up with Mr. Worldwide, who is highly regarded as one of the hardest working and most energetic entertainers in the music business.

There are so many hits in Pit's repertoire, that you don't even remember that somehow you know every single lyric and bass drop to tracks like "Hotel Room Service", "Rain Over Me", and "Echa Pa'lla/Manos Pa'rriba". For nearly 20 years, Pitbull has entertained us with his lyrical prowess, positive attitude and hip-shaking tracks.

"I want to take a moment to thank you, Houston!" he declared as he took a quick break in between the opening numbers. "The H-Town movement has always shown me love and support! I appreciate that and appreciate you, awwwready! What it dew, baby?!" 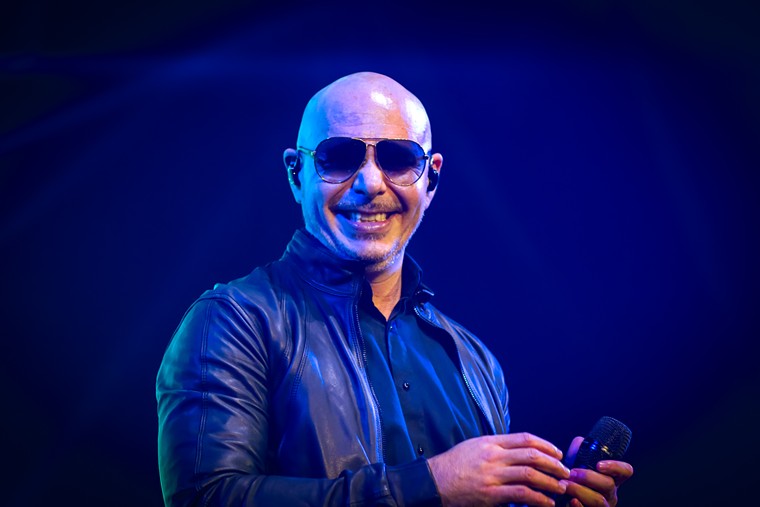 I distinctly remember buying his debut album M.I.A.M.I. back in 2004 and banging it in my 1998 Chevy Cavalier at full blast. Back then he wasn't yet an international pop superstar, he was a slick talking underground rapper from Florida who was mentored by Miami's own Luther Campbell and Atlanta's master of Crunk, Lil Jon.

The joy I felt as I cruised the Northside jamming to "Culo", "Toma", and "Dammit Man" was exceptional, and made me feel like I was Scarface, ready to take over the world, chico, and everything in it!

Over the years, Pitbull has transformed from an underground battle rapper to the persona of Mr. Worldwide, the ever-smiling personification of cool and class.

"When it comes to his music, it has no prejudice and it crosses all boundaries" says Houston native Anthony Villarreal, aka DJ Playboy, who opened up with an amazing open-format set just prior to Pitbull. "When you look into the crowd you see all age groups having the time of their lives!"

The audience at the show was definitely diverse in age and race, and everyone was singing, dancing, and enjoying the magic that only a voice and smile like the one of Pitbull's caliber can produce. The night ended with the dance anthems "Time Of Our Lives", "Feel This Moment", and "Give Me Everything", which sent one last jolt of energy throughout the venue.

"Be leaders, take risks, and believe in yourself!" he said with his closing remarks. As Pit left the stage, he left us with a quote from his favorite rapper, The Notorious B.I.G.:

"Damn right I like the life I live, cause I went from negative to positive!"

Another energetic and enthusiastic performance by Pitbull in The Woodlands.
Photo by Marco Torres 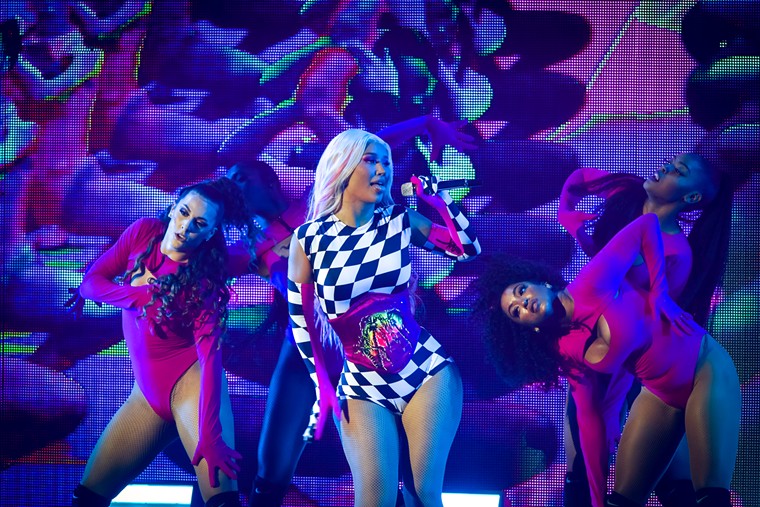 Iggy Azalea was the opening act of the evening. She hit the scene strong with her 2014 debut album The New Classic and #1 single "Fancy".
Photo by Marco Torres
California Privacy Policy California Collection Notice
Do Not Sell My Info
Use of this website constitutes acceptance of our terms of use, our cookies policy, and our privacy policy The Houston Press may earn a portion of sales from products & services purchased through links on our site from our affiliate partners. ©2021 Houston Press, LP. All rights reserved.