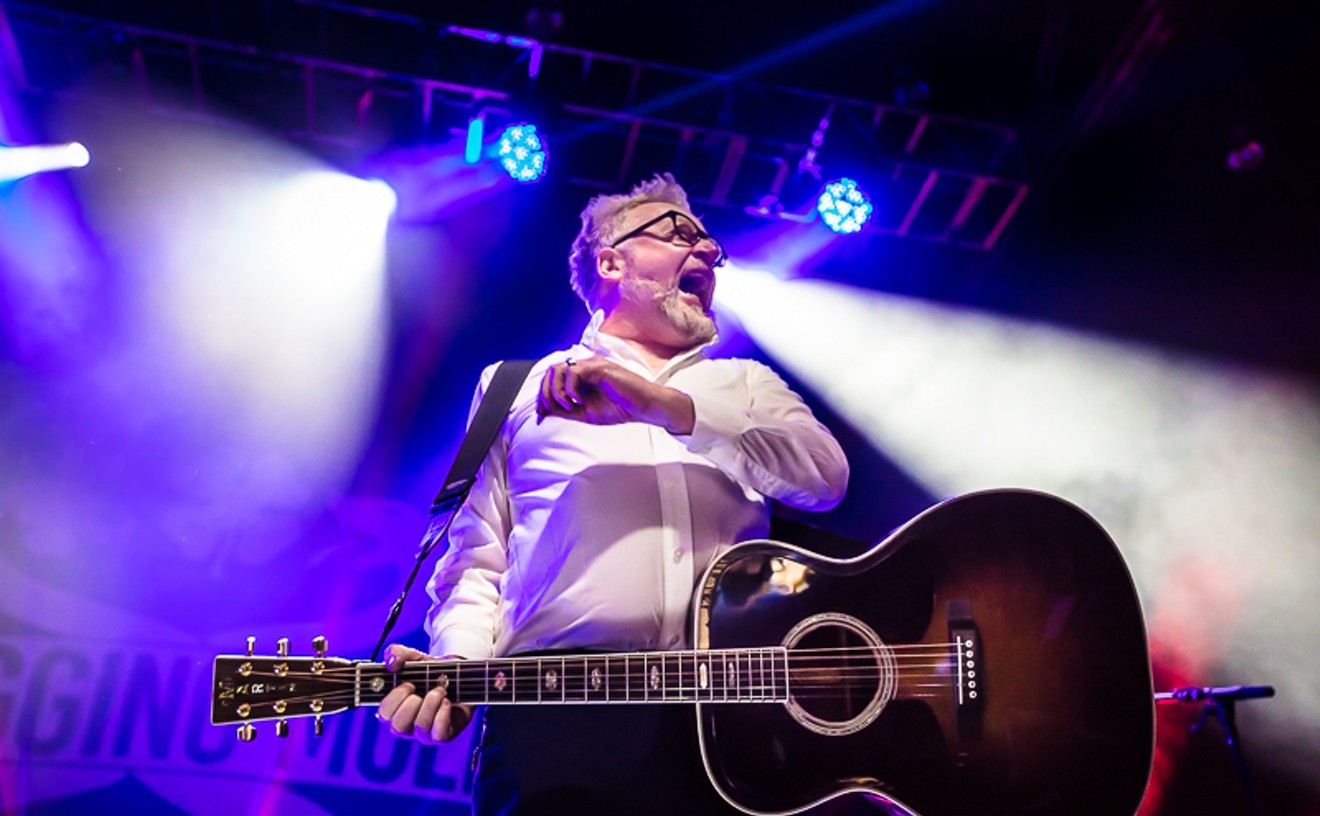 Photo by Violeta Alvarez
Flogging Molly's Dave King in 2019
There are quite a few good shows coming to Houston this week, and the forecast is sunny through the weekend to boot. Hope to see you all out there.
Manchester Orchestra
White Oak Music Hall – 10.06
The Million Masks Of God – Manchester Orchestra’s sixth studio album – is all about finding light in darkness. What began as a concept album about one man’s encounter with the Angel of Death became a sad reality for the band when guitarist Robert McDowell’s father died of cancer. Its dark themes notwithstanding, front man Andy Hull feels that the group’s latest effort is an encouraging and heartening listen. Supported by Foxing and Slothrust, the indie rock darlings will perform at White Oak Music Hall tonight.
Flogging Molly, Violent Femmes
Bayou Music Center – 10.06
Fans of folk punk won’t want to miss Flogging Molly and Violent Femmes’ co-headlining tour, which visits Bayou Music Center tonight. This one-two punch of iconic rockers should be especially exciting given that it’s the first tour for both acts since COVID-19 all but shuttered the live music business. Get there early to see THICK and Me First and the Gimme Gimmes.
Band Of Horses
House Of Blues – 10.06
For more than a decade, Band Of Horses have been a household name. The band’s third record, Infinite Arms, received a Grammy nomination in 2010 and was hailed by Q Magazine as “the next great American album,” a claim hard to dispute more than a decade later. The Seattle rockers have only released two albums since – Mirage Rock in 2012 and Why Are You Ok in 2016 – and neither received much praise, but Ben Bridwell’s captivating lyrics continue to bring fans out in droves. See them at House Of Blues tonight.
Erykah Badu
Smart Financial Centre – 10.07
Erykah Badu hasn’t released a proper record since 2010’s New Amerykah Part Two. Still, the Dallas native remains a renowned figure in the music industry. Her voice has been favorably compared to Billie Holiday’s, and critics have dubbed her the “queen of neo-soul.” Fans should prioritize tomorrow’s concert at Smart Financial Centre, because Badu has admitted that she isn’t fond of touring, which means she might not visit the Bayou City again any time soon.
Modest Mouse
White Oak Music Hall – 10.08
Modest Mouse have been indie darlings for the better part of 20 years now, ever since “Float On” and “Ocean Breathes Salty” from 2004’s Good News For People Who Love Bad News made the band a household name. The Pacific Northwest rockers have only released three albums since, including this year’s The Golden Casket, which has been well-received by fans and critics alike. Supported by fellow indie rockers Future Islands, Modest Mouse is scheduled to perform at White Oak music Hall on Friday.
California Privacy Policy California Collection Notice
Do Not Sell My Info
Use of this website constitutes acceptance of our terms of use, our cookies policy, and our privacy policy The Houston Press may earn a portion of sales from products & services purchased through links on our site from our affiliate partners. ©2021 Houston Press, LP. All rights reserved.