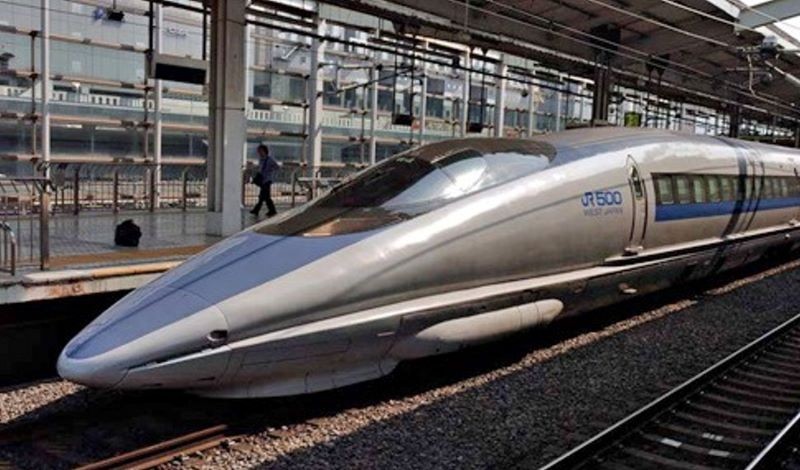 Photo by Alok Mishra
The bullet train idea hasn't gone completely off the rails yet.

Way back when Texas Central was first formulating its plans to construct a highspeed rail line that would tote passengers between Houston and Dallas in just 90 minutes, company officials made vague, broad promises that they would not be seeking any federal funding to construct the Shinkansen railway.

However, that’s a claim that Texas Central folks have steadily moved away from over the past decade as the company has managed to obtain regulatory permits and backing that have inched the project ever closer toward becoming a reality, as we noted in our story back in 2017.

Thus, it shouldn’t come as much of a surprise now that Texas Central has recently announced that it is currently seeking $12 billion in federal loans to help fund the project’s estimated cost of about $20 billion. If the loan goes through it will be the largest one in the history of the Railroad Rehabilitation and Improvement fund’s history, gobbling up more than a third of the $35 billion debt limit Congress has set on the fund.

Of course, politicians who have been lobbying against the construction of the rail line since word of the plans to build the Japanese-created bullet train first started going around in 2015 have been quick to criticize Texas Central for going after the federal funds. U.S. Rep. Kevin Brady, a Republican representing The Woodlands, decried the move, which makes sense since some of the landowners who have been most vehemently opposing the highspeed rail line are in the rural sections of the state located between the edges of Houston and Dallas.


“Texas Central Railroad has yet again reneged on their promise after vowing for years to not seek federal funding for their proposed high-speed rail project,” Brady stated in a letter issued to Department of Transportation Secretary Pete Buttigieg. “Taxpayers should not be left on the hook for boondoggle projects that never come to come to fruition. I will always fight to protect federal taxpayers—not only in my district, but across America—to make sure our constituents aren’t stuck holding the bag when rail projects default on their loans.”

But on closer inspection, the federal loan program Texas Central is hoping to tap into is potentially one of the best chances the company will have of getting enough funding to finally start construction. (Back in late 2019 Texas Central had announced plans to kick off construction in 2020, but all of that got derailed, so to speak, by the COVID-19 pandemic that saw the company go through layoffs and downsizing instead.)

If the company is approved for the loan program—a program that was created back in 1998 specifically to entice non-freight train companies to build or upgrade their railways, according to a 2018 report issued to Congress by the Congressional Research Service—it will simply be accessing funds that will have to be repaid at 0.5 percent interest. The entire program is designed to help improve our railroad infrastructure, allowing the less profitable railways that don’t operate freight lines loans without any cost to the federal government.

So if Texas Central does manage to obtain this loan the groundbreaking that urban dwellers and rail enthusiasts have been waiting for may finally happen marking the beginning of construction.

Texas Central seems confident despite the pandemic-related delays. This summer the company signed a $16 billion deal with an Italian outfit to construct the line, and it has been recently reported that investors have been buying up property south of Downtown Dallas with plans to put a station there.

If things go according to plan, the Houston-to-Dallas line could be up and running by 2028. Of course, so far little about this has played out as envisioned, and the rural Texas landowners who haven’t signed agreements with the company for right of way are still opposing the entire thing. (The Texas Supreme Court recently to hear a Leon County landowner’s eminent domain case against Texas Central.) But who knows, maybe it really will become a reality. The only thing certain is that if the company does obtain that federal loan, it’s going to be a hell of a lot more likely.
California Privacy Policy California Collection Notice
Do Not Sell My Info
Use of this website constitutes acceptance of our terms of use, our cookies policy, and our privacy policy The Houston Press may earn a portion of sales from products & services purchased through links on our site from our affiliate partners. ©2021 Houston Press, LP. All rights reserved.