Alan Walden's Song of the South with Otis, the Allmans, and Lynyrd Skynyrd 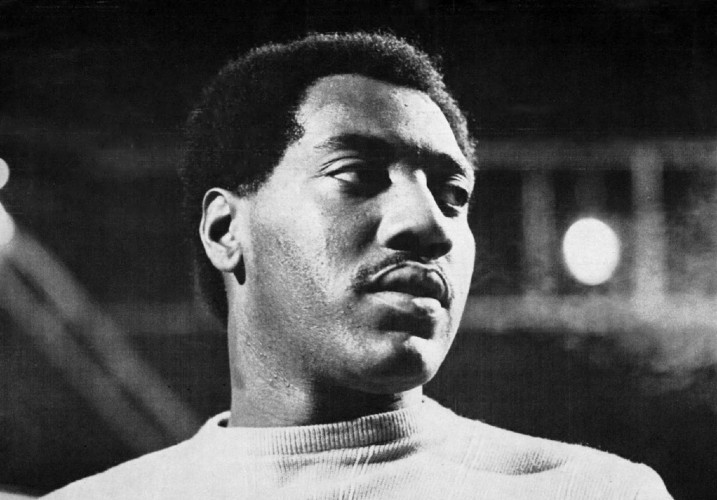 Volt Records/Wiki Commons
Alan Walden called R&B dynamo Otis Redding "his best friend," and was devastated when the singer died at the age of 26 in a 1967 plane crash.
If you had to compare the size of a city to level of musical influence, it would be hard to beat the yawning gap of Macon. After all, it’s there in “The Heart of Georgia” where Little Richard honed his performing chops, Otis Redding brought his deep R&B and soul to the world, and a group of rag tag hippies calling themselves the Allman Brothers Band helped give birth to the entire Southern Rock movement.

book cover
Alan Walden was a young white boy growing up in the Deep South and infatuated with Black music and performers. And later as an agent, manager, promoter, publisher, booker, and co-founder (along with his older brother Phil and Frank Fenter) of the Capricorn Records label, he was literally in the thick of Musical Macon and beyond.

He tells his wide-ranging story in the autobiography (written with S.E. Feinberg) Southern Man: Music and Mayhem in the American South (288 pp., $24.95, Jawbone Press)


And he relays that just before his “When a Man Loves a Woman” become a huge worldwide hit, amateur performer Percy Sledge was working as an orderly in a county hospital. The first time Walden meets him, in fact, Sledge lets him know that he’s just given a patient an enema.

Some of the book’s best anecdotes involve “Traveling with Otis.” Some funny, some brutally stark about Jim Crow south. Like how Walden would put a hole in the bottom of a car so his Black occupants could just relieve themselves through a funnel instead of having to stop—where any gas station or restaurant could be the scene of racially-tinged trouble.

Or the time that Walden and Redding were driving and the redneck occupants of a passing car pointed a shotgun toward them in the front seat. Upon recognizing the Black man as the great Otis Redding, though, they quickly became mooning fans. And they all ended up drinking beer together in a parking lot.

And the Otis Redding that Walden describes is a lot savvier and street-smart than his jovial public “Big O” persona. He was man equally at home with a gun in his fist as a microphone (or just a tight fist), and was the target of intimidation from both Blacks and whites.

record cover
Throughout, Walden calls Redding his “best friend,” with the pair even living next door to each other and sharing countless adventures (some involving horses), meals, and rides to shows.

Redding’s 1967 death in a plane crash into a frozen lake at the age of only 26 (along with most of his backing band, the Bar-Kays, and the pilot) shook Walden to the core. He says that racial tensions about him being a white guy led him to leave R&B artists to turn his focus to white rockers like Boz Scaggs and the Allmans.

However, his relationship with brother Phil was contentious for much of their lives. Alan charges that Phil’s ego and cocaine abuse often meant a miserly attitude toward sharing credit for successes, even when Alan says he was very involved.

“Over time, Phil and I began to have more disagreements. With the success of the Allman Brothers, Phil started to act like a star himself,” Alan offers. “He was the celebrity of the whole thing. It all started going to his head.”

And as Alan left Capricorn just before the Allmans hit big and usher in a trove of other Southern Rockers to the label, as well as Phil’s involvement with the Jimmy Carter U.S. Presidential campaign, there was a lot of stewing on his part. But Alan also defends his brother, especially when Gregg Allman would in later years grouse how the label and Phil took advantage of him financially or contractually.

“I used to love Gregg Allman. I thought the world of him. But he let me down. He burned our friendship. He tore up people who helped him rise,” Walden recalls.

“For him to say anything bad about my brother—who gave his wealth and spirit to the band—was just so stupid, because nobody believed in Gregg more than Phil Walden…he drained the company for this band.”
After Walden struck out on his own, he needed bands to manage. So he took off across the U.S. and Canada, looking for talent and holding auditions in various cities. The last band he saw – 13 out of 13 – on one day in Jacksonville, Florida was a group of scrappers with the odd name of Lynyrd Skynyrd. And they played this tune they’d written called “Free Bird.”

Walden tells a lot of great stories about managing Skynyrd, and his close relationship with the disciplined but troubled Ronnie Van Zant. The singer’s primary interests outside of making music seemed to be drinking and fighting. Fighting anyone, that is, even his own band mates.

Walden tells of witnessing the diminutive Van Zant challenge his entire group to attack him (either one at a time or all together!) and then proceeding to beat them all up. Walden compares the singer to a “caged lion” who liked to receive a punch as much as giving one.

“Lynyrd Skynyrd were rednecks, but they were the hardest working rednecks I ever met,” Walden writes. “They rehearsed six days a week from nine to five, like clockwork.”
One note of rock trivia: the other band that Walden thought highly of at that Jacksonville audition was the also oddly named Orgone Zable. They featured a lead singer named Mickey Thomas, who would later go on to sing Elvin Bishop’s “Fooled Around and Fell in Love” and join Starship…as in the “We Built This City” and “Sara” Starship.

Nine record companies turned down Skynyrd. But Walden knew he had a hit on his hands upon hearing “Sweet Home Alabama” the first time—while in a boat on a river outside of their rehearsal shack. The way the band wanted him to hear it.

Lynyrd Skynyrd would eventually fire Walden for management he says they thought would be more big time, and it was contentious. And he says that Van Zant wrote "Cry for the Bad Man" with him in mind. So Walden wasn’t involved with the band leading up to their deadly plane crash. Though he was still close enough with Van Zant’s parents that it was Walden who was the first to give Ronnie’s father the news.

Walden would hit again with another southern rock band, the Outlaws ("Green Grass and High Tides," "There Goes Another Love Song"), but there were plenty of other groups who are mostly lost to history (Mama’s Pride, Buckacre, Albatross).

Now 78, Alan Walden is retired (Phil died in 2006). And while there is plenty of score-settling in the book, with a narrator whose objectivity may come into question occasionally, Southern Man is a solid, insightful, and fun read. And a look at an era of music management that was a lot rougher than today’s scheduled-and-timelined-by-the-book tours and recording sessions. But it sure seemed like a lot more fun.
California Privacy Policy California Collection Notice
Do Not Sell My Info
Use of this website constitutes acceptance of our terms of use, our cookies policy, and our privacy policy The Houston Press may earn a portion of sales from products & services purchased through links on our site from our affiliate partners. ©2021 Houston Press, LP. All rights reserved.