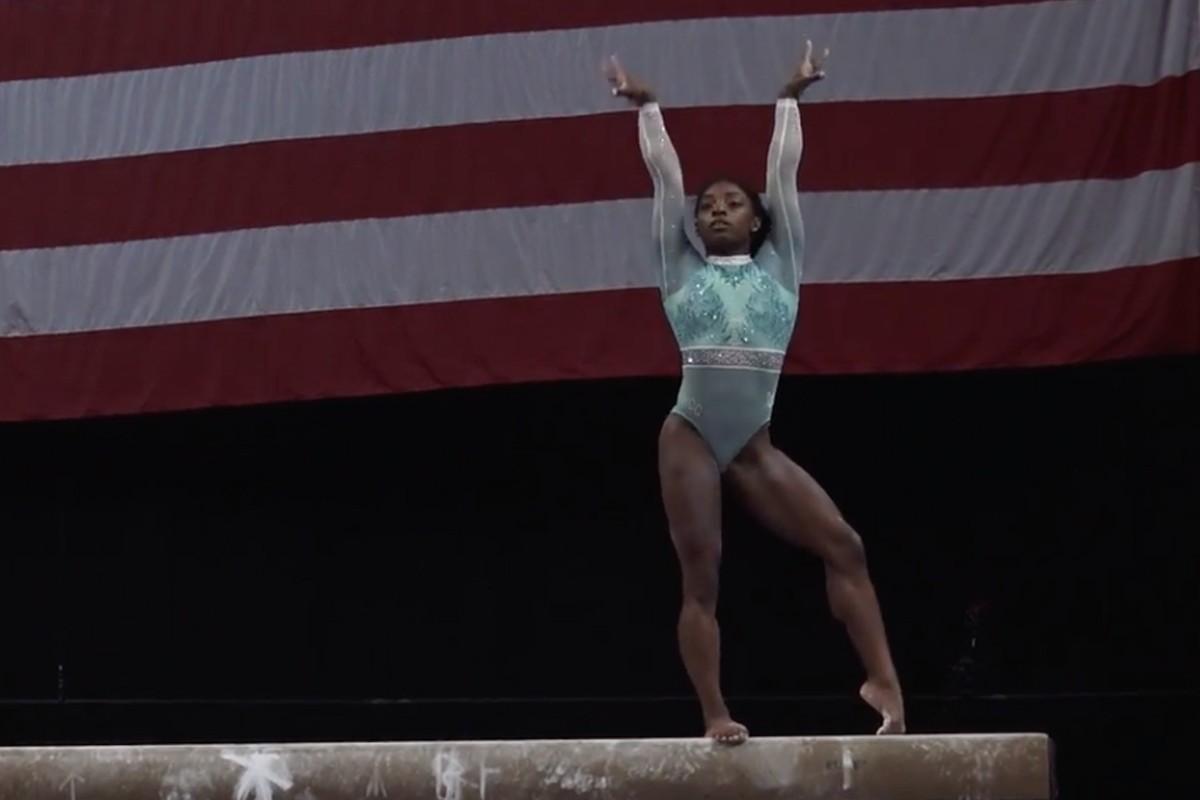 Screen grab from YouTube by USA Gymnastics
Simone Biles is now engaged to Houston Texan Jonathan Owens.
The NFL season is officially over, as of this past Sunday, so now we move onto the important things that occur during an NFL offseason — the scouting combine, free agency, the draft, and PLAYER ENGAGEMENTS! That's right, if you're an NFL player already under contract, you can focus on life events, and that's exactly what Texans safety Jonathan Owens was doing this past weekend.

Of course, to make this particular engagement about Owens probably ignores the driving force behind the power couple status of Owens and his significant other, Olympic gold medalist gymnastics legend Simone Biles. The two capped off their years of dating with the announcement on Biles' Instagram page that Owens popped the question!

Biles, of course, is best known for bringing home four gold medals from the 2016 Olympics in Rio de Janeiro. In the most recent Summer Olympics, Biles topped out at a silver medal in elm exercises, along with a bronze in the balance beam, and was probably most remembered last summer for bowing out while dealing with anxiety issues.

Owens, just finished his third season as part of the Texans organization, most of that time as a member of the team's practice squad. He finally saw his first regular season action in Week 16 against the Chargers, and had an interception and fumble recovery in an upset victory. Unfortunately, he suffered a season ending injury the following week, but is expected to be back with the Texans in 2022.

The injury last season was unfortunate, as Owens' performance against the Chargers was the first big step in establishing a name for himself. Let's face it, for the most part, Owens has been best known for whom he's been dating (and is now engaged to) than for his exploits on the field. To wit, check out this press conference from training camp last August, where literally the first NINE questions were about Biles' Olympic performance:
Credit Owens for being a patient person and a good sport, although I'm guessing it comes with the territory. If you're keeping score at home, here is where the newly engaged couple stack up among Houston-related power couples on Instagram:

Ladies and gentlemen, say hello to the number one power couple in the city of Houston, based on what matters to the kids these days — FOLLOWERS ON THE 'GRAM!