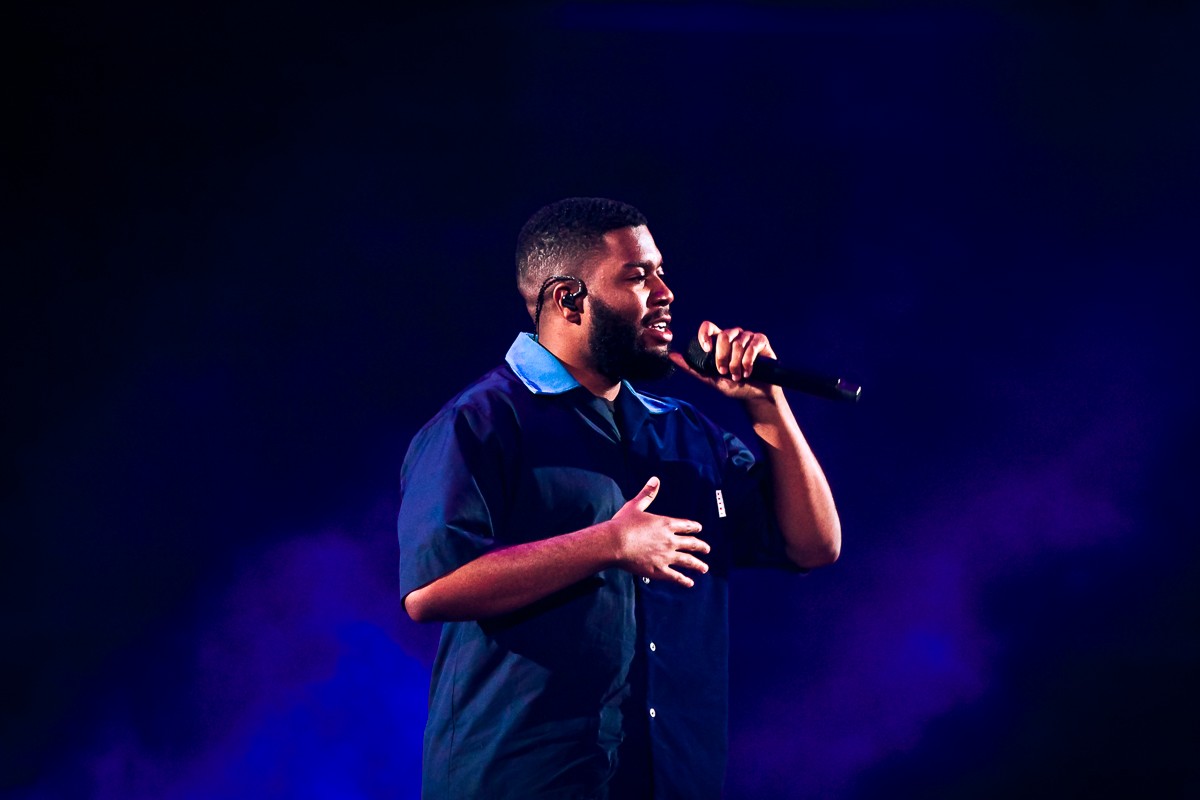 Photo by Marco Torres
Khalid was part of the 2020 lineup that was unfortunately canceled due to the pandemic. We've waited two years for him to make his RodeoHouston debut.

In an Instagram post earlier this month, singer/songwriter Khalid proudly announced that his single "Better" had surpassed more than 1 billion streams on Spotify. This would mark the eighth song in his repertoire to reach that level of popularity.

"Even through discouragement, I'm always reminded of how blessed I am to accomplish what I have this early in my life!" he continued in his post. "Recently I've found joy in creating, and I can't wait for you all [to] hear [the] space I'm in!"

Wednesday evening at RodeoHouston, we experienced an equally upbeat but also somewhat subdued Khalid on the big stage at NRG Stadium. With a wide grin and a welcoming vibe, he won the hearts of all 68,807 in paid attendance last night.

As he rolled out hit after hit, the youngster from El Paso counted his blessings and shared his lovely vocals that floated through the air with beautiful energy and grace. 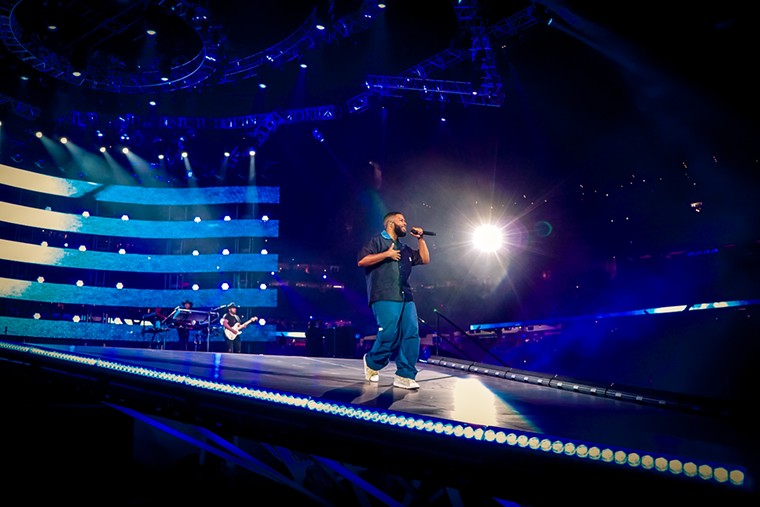 Khalid was just out of high school when released "Location". The 24-year-old and his voice have certainly matured into a solid mainstream pop/R&B singer-songwriter.
Photo by Marco Torres

He was just out of high school when his smash hit "Location" hit the airwaves and took over the charts. I was lucky enough to catch his act at the Neon Desert Music Festival in El Paso back in 2017, the same year his album American Teen was released. His city embraced him ferociously then, the same way he reps for his city now.

"I know I'm in Houston tonight, but I want to dedicate this performance to the City of El Paso, Texas!" he exclaimed early on in his set at RodeoHouston. "When I was in high school, I never would have imagined I would be here in front of all of y'all!"

He proceeded to perform "Saved", showcasing an amazing vocal prowess and smooth dexterity while jumping through perfectly selected vowels, verbs, pauses, and heartaches.

His set list wasn't very long, but he did provide us with his hits "Talk", "Location", and "Young, Dumb, & Broke".
Photo by Marco Torres
"Wow, I love his energy" declared someone sitting in the row next to me. That basically sums up the appeal of this handsome, young singer/songwriter. There's simply something absolutely charming and adorable about him that pulls you in, and then the gorgeous singing keeps you hooked. This was certainly one of the chillest Rodeo performances I've ever experienced.

There are many great artists that Khalid has been compared to. Some say he is emotional like Frank Ocean, or constantly on the verge of tears not unlike James Blake. I actually think he sounds a bit like late 90s/early 2000s British singer Craig David, pulling at my heartstrings while at the same time motivating me to dance the night away.

As his set drew to a close, Khalid offered up his hits "Location", "Talk", and "Young, Dumb, & Broke". He actually jumped on the stage and onto the dirt in order to shake hands and give high fives to his fans in the front rows and in the chute seats, smiling from ear to ear as he did so.

And then he and his back-up dancers jumped into the back of a Ford F-150 and rode off into the night. Another amazing RodeoHouston debut by an equally amazing young artist.

Hope to see you here again, kid! Thanks for the good vibes. 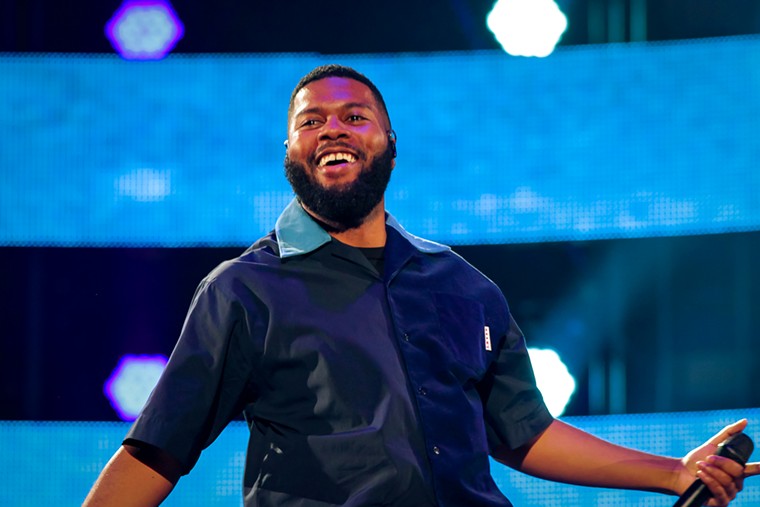 Khalid is a mix of '90s R&B and modern singer/songwriter, providing a solid weekday performance at RodeoHouston.
Photo by Marco Torres
P.S.

I was really hoping to hear "Rollin" from the 2017 Calvin Harris album named Funk Wav Bounces Vol. 1, only because that is one of my all-time favorite tracks on one of my all-time favorite albums of all time. Khalid and Future on a song produced my Calvin Harris... Do yourself a favor and go check that out right now!
California Privacy Policy California Collection Notice
Do Not Sell My Info
Use of this website constitutes acceptance of our terms of use, our cookies policy, and our privacy policy The Houston Press may earn a portion of sales from products & services purchased through links on our site from our affiliate partners. ©2022 Houston Press, LP. All rights reserved.