The Five Worst Declarations of Sports Independence From Houston 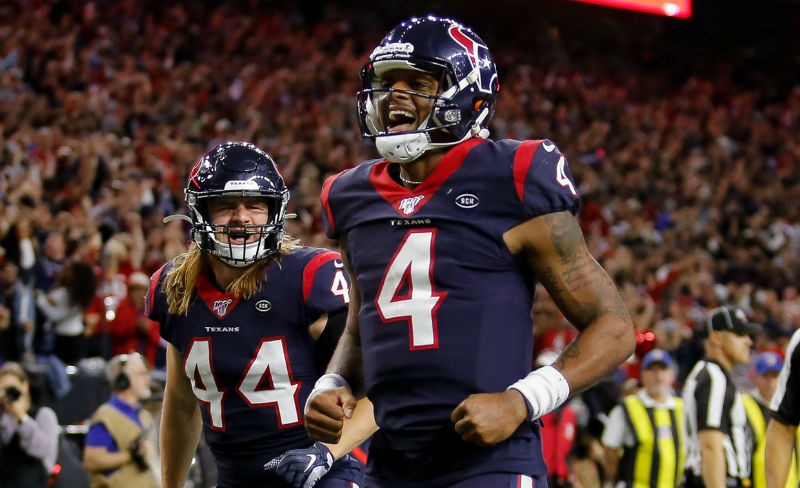 Photo by Eric Sauseda
Deshaun Watson declared his independence from Houston, and then Tony Buzbee made his life a living hell.
Today is obviously a very important day, as the good ol' USA celebrates her 246th birthday, and if I may say, she doesn't look a day over 230! Happy Birthday, America! It is a day where we celebrate our independence from the mother country back in the day, and it is thus known as Independence Day.

Declaring our independence from Great Britain was obviously a very solid move. Good job, founding fathers! However, declaring one's independence in the sports world can have mixed results, and certainly in Houston, recent declarations of sports independence have left us feeling a whole lot like Great Britain in the late 1700s (but with a much cooler accent).

So, without further ado, on Independence Day, here are the five most exasperating declarations of sports independence from the city of Houston:

5. Gerrit Cole declares himself a "representative of himself" after the 2019 World Series
I don't know if I've ever seen a more dominant four months from a pitcher than Gerrit Cole from May through September in 2019. It was a vintage contract year for a guy who was trying to strike big in free agency, which Cole eventually did, inking a record deal with the Yankees. However, Cole leaving the Astros wasn't the problem. That was expected. Cole declaring himself independent from the Astros LITERALLY in the clubhouse after Game 7 of the 2019 World Series, and donning a "Scott Boras" ball cap seemed over the top:
4. James Harden declares the Rockets "not good enough" before AGAIN demanding a trade
Harden has actually declared his independence twice now in barely a calendar year, doing so back in January 2021, and then again during the first couple months of the 2021-2022 season, demanding a trade from the Brooklyn Nets to the Philadelphia 76ers. Here was his declaration of independence from Houston, which is the one that hurt:
The request to leave Brooklyn actually helps the Rockets, who own the rights to pretty much every Brooklyn first round pick from now until rapture.

3. Deshaun Watson declares he wants out in cryptic rap lyric barrage
Watson never made a public statement demanding a trade like Harden. Instead, Watson chose to get as passive aggressive as possible, tweeting out cryptic rap lyrics on the night it was reported that Nick Caserio was taking the Texans' GM job. Of course, Watson's separation from the Texans was delayed by over a year as he fought 22 civil lawsuits (which eventually became 24, and then eventually 20 were settled, and here we are!), but he eventually got what he wanted.

2. J.J. Watt politely declares he doesn't want to stick around for a rebuild after 2020 season
This was the saddest individual declaration of independence from a Houston athlete in recent memory. Nobody in Houston wanted to see J.J. Watt leave, and Watt himself would probably have loved to end his career as a Texan, if the team were any good (and if a certain team chaplain-turned-executive weren't working for the team). Alas, Watt wanted out, and he got his wish:
1. The Houston Oilers declare their independence and head for the hills of Tennessee
The only team to make the list is the most painful declaration of independence of all — the Houston Oilers leaving the city in 1996 for the hills of Tennessee. Owner Bud Adams wanted a new stadium, and the city would not acquiesce, and Adams called the city's bluff. Thus, the Tennessee Titans were born (but not after an awkward year as the Tennessee Oilers). In the end, the city of Houston was frightened enough of this happening again that Minute Maid Park (nee Enron Field), Toyota Center, and NRG Stadium (nee Reliant Stadium) all got built, so it wasn't all bad, I suppose.