The Best Shows By Mid Year 2022 Streaming and On TV 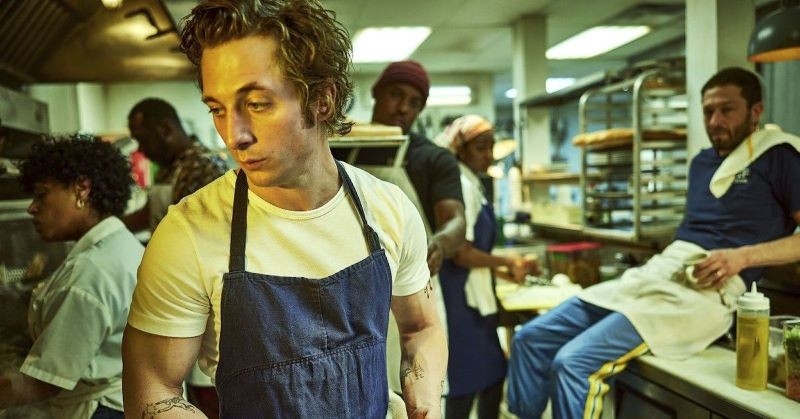 The first half of 2022 has flooded our screens with some of the year's best shows. The quality of shows in the second half of the year will have to be very special to infiltrate many best-of lists. The big blockbuster shows like House of The Dragon, which is a return to the world of Game of Thrones, and the new Amazon-produced Lord of The Rings show, might live up to their respective hype and earn a spot as one of the best of the year. There may be a prestige character-driven drama that pops up and takes everyone by surprise like a show on this list. Until then, here is a list of the five best shows of the year so far.

We Own This City (HBO)

It shouldn’t be overlooked that in 2022 we basically received a follow-up series to one of the greatest shows of all time in The Wire. We Own This City returned its creators and audiences to the streets of Baltimore, telling the true story of a unit of corrupt cops who did everything from stealing and abusing the rights of everyday citizens to robbing drug dealers with full impunity. The series looks at a broken system of policing, and politics and the effects corruption has on every aspect of a city.

The series revisits the questions The Wire asked America 20 years ago and displays how things haven’t changed as much as they have evolved for the worse in the years since. Bolstered by the performance of the year given by Jon Bernthal (who was shockingly not nominated for an Emmy), We Own This City is a remarkable achievement.

What Barry did week to week with its filmmaking and juggling act of characters was a marvel. The show created by Bill Hader and Alec Berg is about a veteran turned sociopathic hitman who has aspirations of being an actor. The series has continually pushed the limits of what it’s capable of throughout its three seasons, both dramatically and comedically. It is still one of the funniest prestige shows you can watch, it’s still incredibly violent, and now it’s burrowing deeper into how Hollywood works, trauma, and the effects of unchecked violence while delivering some of the most inventive filmmaking on TV. The series features some incredible comedic and emotionally riveting performances from Sarah Goldberg, Anthony Carrigan, and Stephen Root, with  Bill Hader continuing to dive further into the darkness of the show’s titular character.
The Bear

The Bear came out of nowhere, delivering one of the most satisfying seasons of TV this year. The series follows a renowned chef returning home to run his late brother's sandwich shop, where he has to win the trust and approval of its eclectic staff and deal with the emotional fallout of his brother's death. The production is so measured and thought out and comes to form a place of expertise in the restaurant game.

The filmmaking is frantic and anxious, reflecting the hectic nature of a professional kitchen, and it's able to ratchet up the tension perfectly, making opening up shop for lunch, seem the most stressful thing in the world. Jeremey Allen White and Ebon Moss-Bachrach highlight an incredible ensemble that also includes Ayo Edebiri and Lionel Boyce, among others. The Bear does all the work necessary for it to be as hectic and emotional as it wanted and needed to be, ending on a realized and satisfactory note that will leave you waiting for the next course.
Severance (Apple TV+)

The line between one’s work and their life outside of it is important, but what if you could separate the two. That is the basic conceit of Severance, Apple TV+’s critically acclaimed series starring Adam Scott and Patricia Arquette. The show, on its surface, is entertaining with brilliant direction led by Ben Stiller and a roster of talented directors, incredible performances from the likes of Scott, John Turturro, and Britt Lower, and a compelling mystery. The thriller as commentary on labor and how we value ourselves as workers and exploitation is superb as a mix of philosophy and ethics. The combination of a compelling mystery-box story that is improved through the important and fascinating themes it interrogates Severence special and one of the year's best shows. Abbott Elementary (ABC/Hulu)

The death of the network sitcom has been greatly exaggerated, with Abbott Elementary breathing some new life into the mockumentary genre that brought us The Office and Parks and Recreation. The series hails from Quinta Brunson, who created and starred in the show as Janine Teagues. Janine and her coworkers at Abbott Elementary have to educate the young minds at the school while dealing with being an under-funded and under-performing school. The show is simply a joyous and hilarious watch. It does everything you would expect of a show like it while mixing in new ideas with a majority black cast that hasn't been featured in this type of show. Abbott Elementary deserves a spot for not only revitalizing this format of TV comedy but being one of the most genuinely funny and heartwarming shows of the year.
California Privacy Policy California Collection Notice
Do Not Sell My Info
Use of this website constitutes acceptance of our terms of use, our cookies policy, and our privacy policy The Houston Press may earn a portion of sales from products & services purchased through links on our site from our affiliate partners. ©2022 Houston Press, LP. All rights reserved.