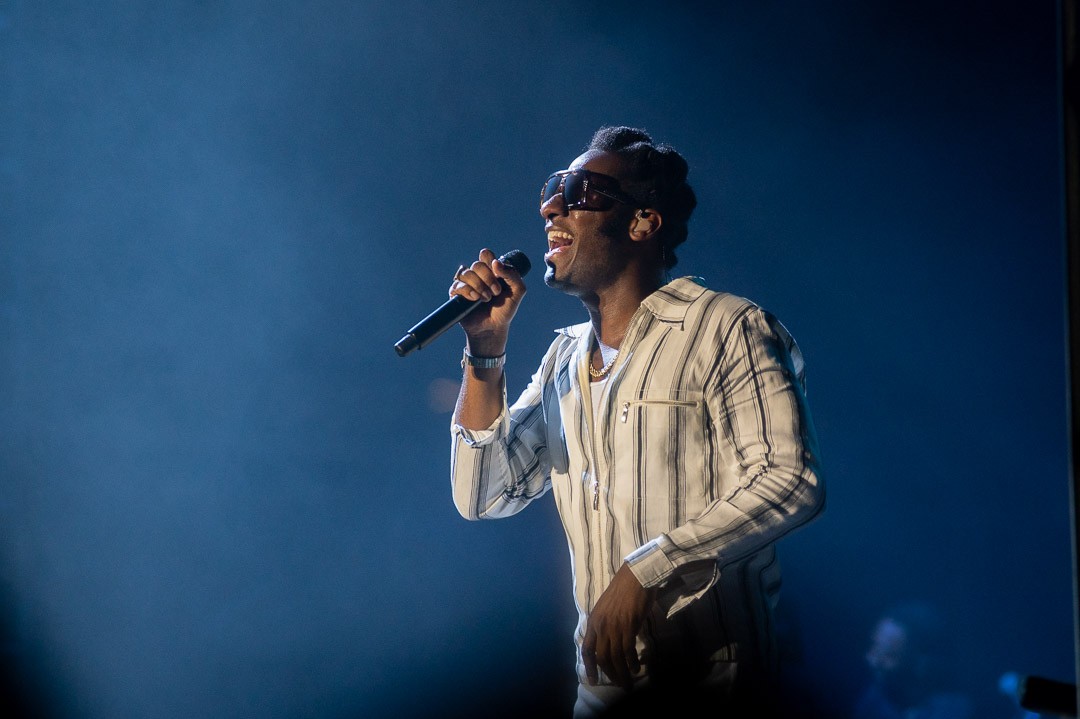 There's an often quoted line by American folk hero Davy Crockett that says "You may all go to Hell, and I will go to Texas!"

That line alone seems to encapsulate the life of a certain gentleman named Todd Michael "Leon" Bridges, who was born in Atlanta, Georgia but was raised and now based in Fort Worth. His third studio album entitled Gold-Diggers Sound was released in 2021, and it received praise from his fans as well as a Grammy Awards nomination for Best R&B album.

It was a supremely pleasant and warm summer evening in Houston Wednesday night, setting the stage and mood for Bridges over on the lawn at White Oak Music Hall. As the sun dropped over the horizon, a cool breeze drifted over the crowd under the cotton candy colored sky. As the lights of the Houston skyline began to flicker behind the stage, Leon and his marvelous band initiated their serenade with "Born Again," the lead single of his latest release.

"Feeling born again, feeling joy again... your love will last forever!" sang Bridges as the opening track continued. I think many in the crowd mirrored those sentiments after staying home without music or live concerts for much of the last two years. 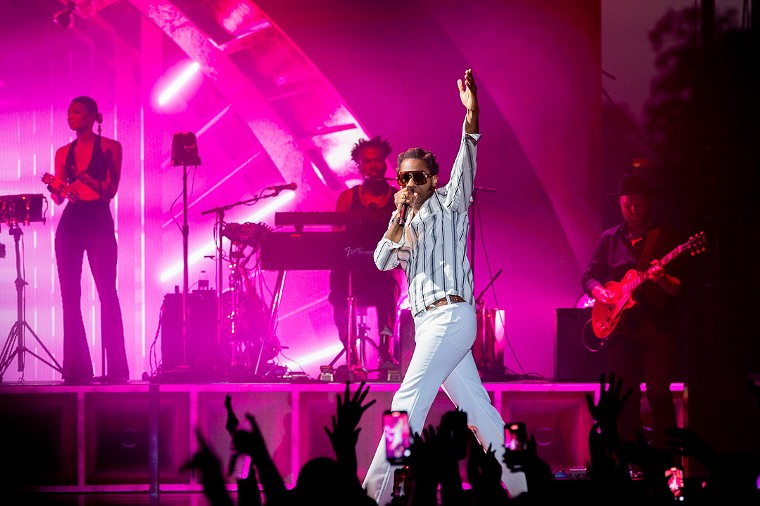 Fort Worth based Leon Bridges performed on the lawn at White Oak Music Hall to a capacity crown in Houston, Texas.
Photo by Jennifer Lake

Not only are Leon's fans enamored of his smooth, soulful voice, but they also appreciate his old school wardrobe, his inspired dance moves, and overall super-cool swagger. His appeal is reminiscent of a combination of Elvis and John Legend, with equal parts James Brown and Stevie Wonder in the mix.

"I love all women, ya dig, but I think its time we celebrate the brown-skinned girls!" Bridges declared as he dedicated his track "Brown Skin Girl" to the beautiful Houston women in the audience. The night was filled with perfect shifting of tempos and genres, which included blues, soul, funk, R&B, and Rock & Roll. 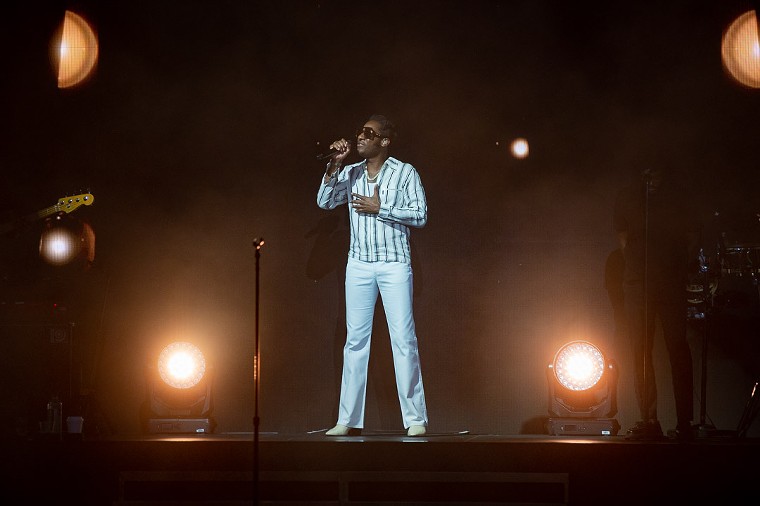 Leon Bridges shifted between soul and R&B tracks all evening long, dancing and grooving with inspired moves and heartfelt lyrics.
Photo by Jennifer Lake
Houston is the 4th stop on The Boundless Tour, which began last week in Las Vegas, and will take him across 27 cities this summer. His band was as equally cool and energetic as Bridges, keeping up with every note and shimmy, playing loud and fast during the dance numbers, then soft and subdued for the love songs.

As Bridges travelled down his set list, the audience followed with enthusiasm. Everyone expressed praise toward favorites such as "Coming Home," "Motorbike" and "Beyond." But the loudest applause was heard during the encore when Leon played the first few notes of 2020's "Texas Sun," a collaboration with the ever popular band Khruangbin. 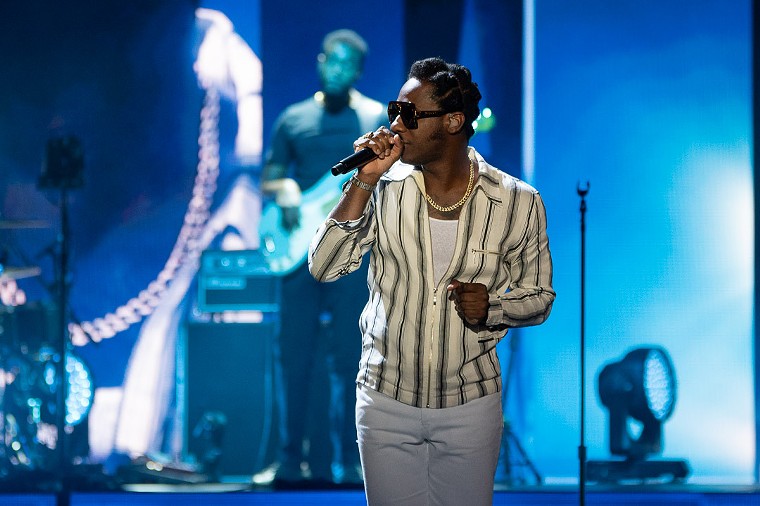 Houston is the 4th stop on The Boundless Tour, which began last week in Las Vegas, and will take Leon Bridges across 27 cities this summer.
Photo by Jennifer Lake

"Caressing you from Fort Worth to Amarillo... come on home with me till the sun dips low" he sang with an intoxicating charm. Leon allowed the crowd to sing several verses as he flashed a wide smile and absorbed the energy and love from his fans.

It was a beautiful show filled with sentimental love letters, colorful lights, and deep emotions. Bridges' music is both therapeutic and uplifting, with abundant dance numbers to keep your energy motivated and free. Thank you sir for shining your light upon us; we are forever thankful.

If you haven't heard MICK's collaboration with Leon Bridges Coming Home To Texas, I highly suggest you so that ASAP!: