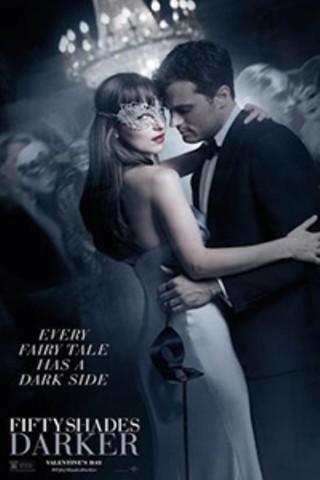 Boundaries are violated repeatedly in Fifty Shades Darker, a film that demands even more submission of its audience than its predecessor, 2015's Fifty Shades of Grey. No safeword can protect you from the sequel's depleting incoherence, its punishing pileup of plot and its inability to successfully stage, even once, the franchise's claim to notoriety: sex scenes, whether accessorized with hardware or not.

Doubtless many of the absurdities in Darker's narrative -- which finds Anastasia Steele (Dakota Johnson), a Seattle ingénue, getting back together with Christian Grey (Jamie Dornan), a tech billionaire dom -- are rooted in the source text by E. L. James, though I can't say for certain; after reading the first book in James' BDSM trilogy in preparation for reviewing the 2015 film, I discovered that my own masochism can be pushed only so far. James -- whose reported clashes with Sam Taylor-Johnson, the director of the first movie, led to the filmmaker's departure from the series -- appears to have exerted even more creative control with Darker: She enlisted her husband, Niall Leonard, to write the screenplay. James Foley, who helmed the 1987 Madonna vehicle Who's That Girl and, more recently, episodes of House of Cards and Billions, directs.

Or, more accurately, Foley is directed, tasked with cramming in endless subplots concerning Grey's backstory. These threads -- a crack-addict birth mother who appears in the mogul's nightmares; a discarded submissive who shows up at Ana's apartment with a gun -- demonstrate the film's conflicting attitude toward his sexual practices, which are simultaneously pathologized and monetized (available on Amazon Prime: Fifty Shades of Grey Hard Limits Universal Restraint Kit and Pinch Nipple Clamps).
By Melissa Anderson

Fifty Shades Darker is not showing in any theaters in the area.