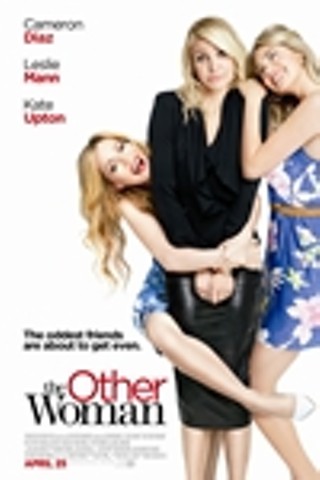 The sexual politics of Nick Cassavetes's decidedly un-romantic comedy The Other Woman are intriguingly European and, at their core, kind of groovy. Wronged Connecticut wifey-wife Kate (Leslie Mann) seeks out her husband's mistress, sexy city-slicker and high-powered lawyer Carly (Cameron Diaz), looking to her for answers: Why is my husband such an asshole? And can we be besties? Carly, who began her relationship with Mr. Infidelity (played, with cool Michael Douglasian sleaziness, by Nikolaj Coster-Waldau) not knowing he was married and cut him off once she got the tip, at first wants nothing to do with needy, high-strung Kate. But before long the two get cozy, and when they discover the philandering hubby has a third mistress, they pull her into their unlikely sisterhood, too. (She's played, as a likably self-aware ditz, by Kate Upton.)

The basic idea behind The Other Woman is perversely progressive: When a straight married man strays in real life, the first person his scorned wife usually blames is the vixen who led him to the whoring bed. The underlying assumption, sexist at heart, is that women are the schemers, men the innocent naïfs. The Other Woman, written by Melissa Stack, doesn't immediately buy into that baloney. And ideally, it would have provided a showcase for Diaz and Mann, both gangly, gifted comedians who know their way around a zinger, not to mention a pratfall. Each has a terrific moment or two, but in the end, they do what all women in comedies like this must: They pull their lives together and clink glasses over how awesome they are, without ever going to the trouble of being genuinely awesome.
By Stephanie Zacharek

The Other Woman is not showing in any theaters in the area.