A Farewell To A King: Rush's Neil Peart Passes Away The master at work. Netflix

Neil Peart, drummer and lyricist for the band Rush, died of brain cancer last week. He was 67.

Still jokingly referred to as "the new guy" by bandmates Geddy Lee and Alex Lifeson, despite joining Rush in 1974, Peart established a reputation as an exacting musician and ... let's say "literate" writer. He was also the youngest person ever inducted into the Modern Drummer Hall of Fame, acknowledged as one of the greatest rock drummers of all time less than ten years into his four-decade career.

But don't take my word for it. Everyone from Brian Wilson to Dave Grohl to Chuck D have chimed in over the past few days to offer their condolences. It may seem like Rush were the exclusive domain of middle-aged white guys (*clears throat*), but Peart's influence extended far beyond suburban basements and '80s dorm rooms.

If Rush were easy to laugh off as the go-to band for nerds and misanthropes, then Peart's words (he took over lyrics duties after replacing original drummer John Rutsey) certainly contributed to that image. Songs about necromancers and black holes and entire album sides devoted to the oppression of the Priests of Syrinx became the band's — and, by default, Peart's — trademark. To their credit, they never shied from the label, but it was one that would dog the group well past the sell-by date of the punchlines. 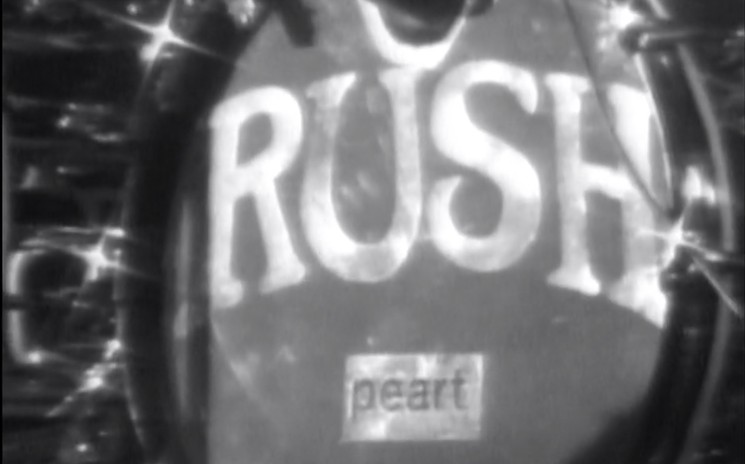 Because to write them off solely as "nerd rock" does Peart a disservice. His lyrics may have always spoken to the "dreamers and misfits" he namechecked on Signals, reassuring them they didn't have to be "cool" if they stayed true to themselves. But he was also relentlessly positive. "Entre Nous" (from Permanent Waves) is literally about finding common ground in the "space between us." "Closer to the Heart" urges those in power to work together with those who aren't. And "Ghost of a Chance," well, that one's pretty self-explanatory. It's all the more remarkable when you consider the well-documented tragedies that befell Peart in the late 1990s.

Sadly, Rush were never critical darlings. Reviews of their early albums (and even more recent ones) were often brutal. And while Peart's drumming was praised, his lyrics were often dragged for their "dull, literary themes" and pretentiousness (we should probably balance his contributions to society against the fact he convinced legions of teenage boys to read The Fountainhead). Yet even throughout the band's various mutations (prog to power trio to New Wave dalliance and on), Peart's words resonated with fans, and remained a huge reason so many could number the concerts they've attended in the dozens, if not hundreds.

And let's not forget, in spite of their healthy album sales, they only ever flirted with mainstream success. Nobody was blasting "Bastille Day" the locker room at football games, I'm guessing, and if anyone ever got to second base while Caress of Steel was playing on the car stereo, then my toque is off to you. 
Rush's 2015 "R40" tour was their last, and they announced their retirement in 2018, citing Peart's unspecified health issues. For almost any other band, the cynic in me would say his death isn't necessarily the end. "Queen" still performs with non-Freddie Mercury singers, and the Who is currently touring with only half its original lineup. But I get the feeling there won't be a cash grab tour with Jason Bonham (or whoever) in five years. I think we can take Geddy Lee at his word when he says there is no Rush without Peart.

And the funny thing is, the notoriously private Peart would probably have hated all this. The man who famously eschewed pre-gig meet-and-greets and couldn't "pretend a stranger was a long-awaited friend" hid his brain cancer diagnosis from all but his closest circle for years. His death wasn't even announced until three days after it occurred. If I may be permitted the familiarity: that was so Neil.

I wracked my brain trying to figure out what song I would close out this piece with. Asking a Rush fan his or her favorite track is like asking Rob Gordon his top five records: can we narrow it down by musical period? Can we break down individual movements from "Cygnus X-1 Book II: Hemispheres?" Does all of Moving Pictures count as one?

In the end, after going back and forth between "Red Barchetta" (my oldest fave, and maybe Peart's best self-contained story), "The Analog Kid" (which resonated with a certain 13-year old more than I care to admit), and countless others, I decided on this one. It's from 1989's Presto, a relatively unheralded album (Rolling Stone gave it a generous 3 out of 5 stars, though the review essentially calls the band a bunch of thieves). The song speaks to Peart's optimism, even in the face of life's many obstacles.

The warrior has exited. So long, Ghost Rider.