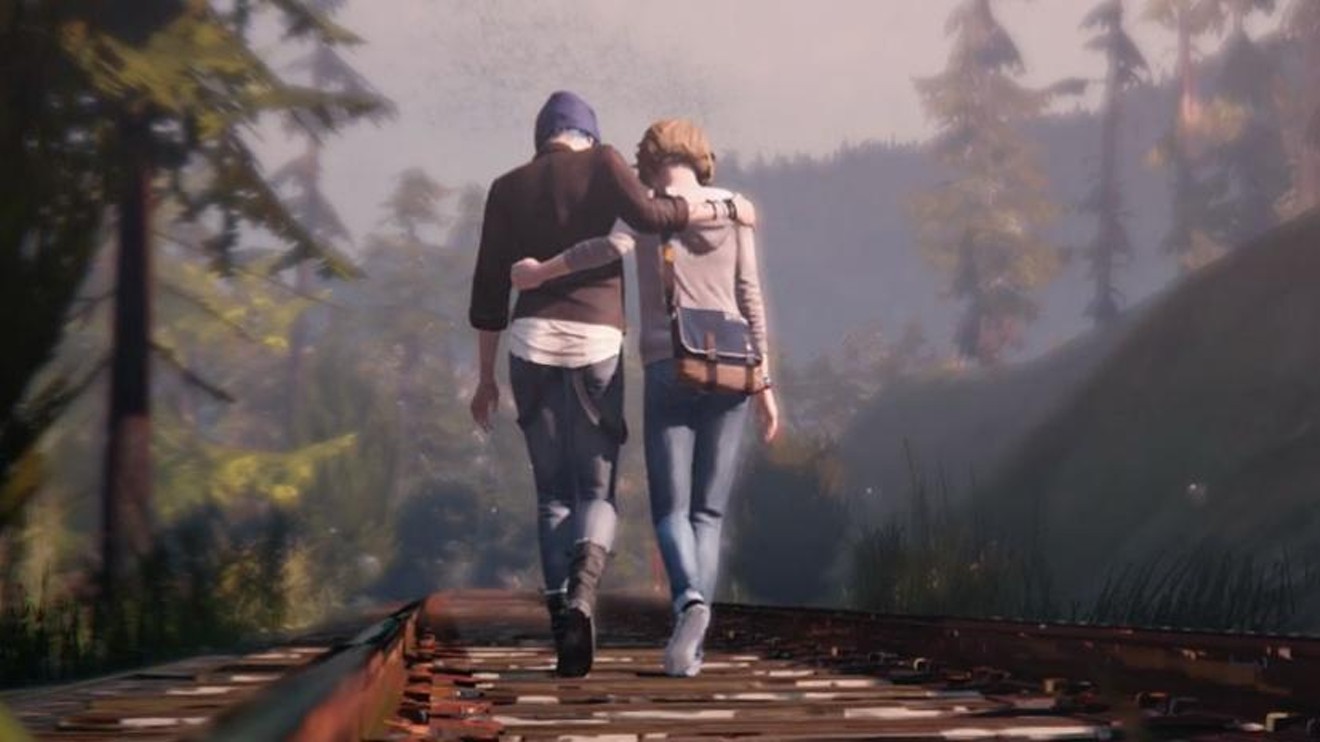 Screencap from Life is Strange
The second installment of Dontnod/Square Enix’s Life is Strange comes out this month. The episodic narrative adventure game involving young people who develop strange powers is by far my favorite video game ever, and I’m very much looking forward to how it develops with a new cast of characters.

Anticipation has gotten me re-obsessed with the original, and the time travel story of Max and Chloe still hits home as hard as it ever did before. Beyond that, I’m always struck by the music. The pop soundtrack as a design aesthetic is fairly rare in gaming, and I’d argue that Life is Strange did it better than it’s ever been done.

So, it’s not surprising that it’s inspired a few fans to create their own songs honoring the series. Here are a few of the best I’ve run across.

Feel free to enjoy this is playlist form at my YouTube channel.

If you’re going to talk Life is Strange songs, then you’ve got to start with Koethe. He crafted an entire album around the game called Time. “Price” is my favorite off the record, with its low-key but intense production and hipster banjo. Koethe’s somber intonation would have been a perfect fit for the actual game soundtrack, and his lyrics are a heartfelt double entendre to both Chloe’s name and the cost of choice.

Endings is another excellent Life is Strange-inspired album. My favorite tune off it is actually the instrumental “Live as Butterfly,” but I’m trying to keep this article pop instead of score. So, let’s hear the amazing voice of Robyn Ardery as she croons the broken beauty of “Blizzard.” Inspired by the harbinger of fractured time that ends the first chapter, the song has echoes of early Cranberries in its exquisite plaintive wail.

There’s a spoiler-alert for this one if you haven’t played the game.

Life is Strange is a dark game. It physically hurts to play it, and every friend I’ve recommend it to has left the experience bleeding. I even wrote about how the experience of it was a form of positive self-harm when I was… unwell.

Riley Hawke penned this tune as part of a contest, and it grew into the EP Fragile Reality. You can read the whole story here. The revelation of the missing Rachel Amber’s fate affected Hawke deeply, and this excellent video captures that horrifying moment in the game. Possibly no other song better encapsulates the game’s theme about how trapped we are by fate.

I almost didn’t include this one mostly because of the subject matter. David Madsen is no one’s favorite character, and no matter how many times I play the game I’ve never really found a scenario where I feel he’s found his appropriate place, On the other hand, Chloe’s relationship with her stepdad is profoundly impactful on both the original and the prequel, and that makes this song by Campusanis at least interesting. As a pop punk anthem it’s a perfect fit for Before the Storm, and the sincerity of it undeniable.

If you’re not lying to yourself, there’s really only one ending to Life is Strange, but whether you choose it is largely the point of the game.

However, there’s always that temptation to let Arcadia Bay hang and leave a trail of bodies in the name of a singular love. That’s where a song like “United Heart” comes in.* It’s an unapologetic post-punk love anthem about defying the odds. There’s something just so goddamn defiant about the whole thing that promises a world beyond consequences. Plus, in a sub-genre overrun with sad bastard tunes a little edge does some real good.

But, if we’re going to do this right we’re going to have to end this mixtape on said sad bastard note. To that end, here comes TryHardNinja and Peter Litvin. “Time Will Wait” hits all the perfect story beats of this incredible game, and is accompanied by a hell of a video to boot. Let’s hope the sequel inspires another set of artists to sing its message.

*It actually reminds me some of the short-lived Houston goth band Ardour of Angels, a spin-off of Ex-Voto with Lady Spleen as the lead vocals in a much more deathrock vibe. Particularly “You Can’t Rock Me.”
KEEP THE HOUSTON PRESS FREE... Since we started the Houston Press, it has been defined as the free, independent voice of Houston, and we'd like to keep it that way. With local media under siege, it's more important than ever for us to rally support behind funding our local journalism. You can help by participating in our "I Support" program, allowing us to keep offering readers access to our incisive coverage of local news, food and culture with no paywalls.
Make a one-time donation today for as little as $1.