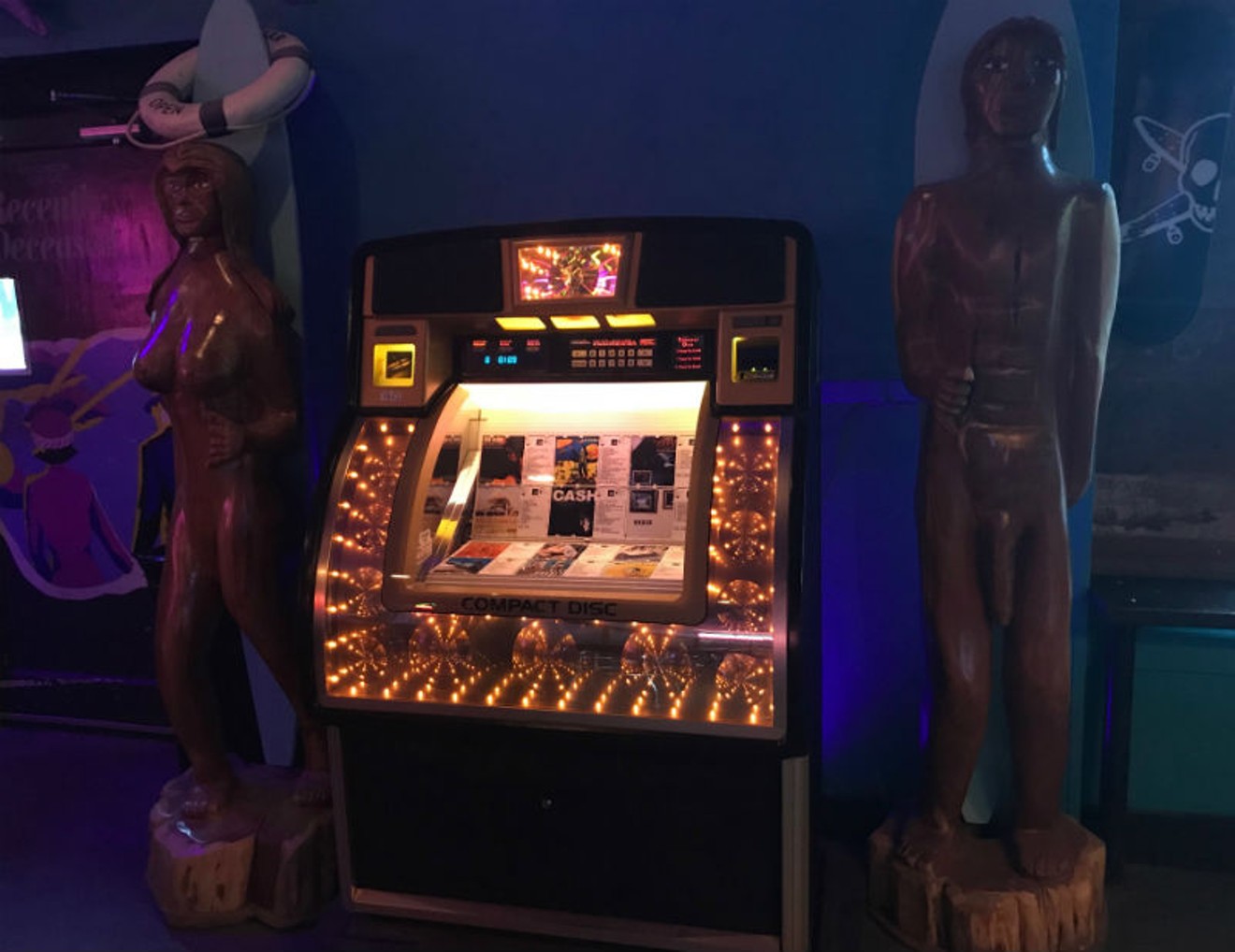 Voodoo Queen is a favored haunt for lots of local musicians. Sure, it’s partly (mostly) because of its delightfully boozy daiquiris and tasty noms and nearly ‘round-the-clock hours, but there’s also the jukebox. The people who work in the dimly-lit dive bar let it literally shine. It’s the “Starburst” edition of the Rowe CD Phonograph, so it’s adorned with twinkling gold lights which allow one to find it from the other end of the darkened bar or see it like a beacon through the haze of a good rum buzz. Because musicians frequent the place with regularity, the juke has to be on point. On a recent lunch date, the playlist included Curtis Mayfield’s “Superfly,” followed by Floyd’s “Goodbye Blue Sky,” “Possession” by Danzig, the Michael Jackson deep cut, “For All Time,” Blondie’s “Dreaming” and Notorious B.I.G.’s “Ready to Die,” to name a handful. If you need a midday jolt that’s better than a strong coffee, try listening to Danzig sing about “riding you hard” at lunchtime. You’ll surely close that big deal later in the afternoon.

Do the people who work at Voodoo Queen believe they have the city’s best jukebox? They stock and maintain the 100 CDs within it so, yes, they probably do; but, in case you need more proof, next time you're there notice how it’s flanked by a pair of wooden statutes who resemble its steadfast guardians


322 Milby, Houston
damngoodfoodcoldassbeer.com
KEEP THE HOUSTON PRESS FREE... Since we started the Houston Press, it has been defined as the free, independent voice of Houston, and we'd like to keep it that way. With local media under siege, it's more important than ever for us to rally support behind funding our local journalism. You can help by participating in our "I Support" program, allowing us to keep offering readers access to our incisive coverage of local news, food and culture with no paywalls.
Make a one-time donation today for as little as $1.