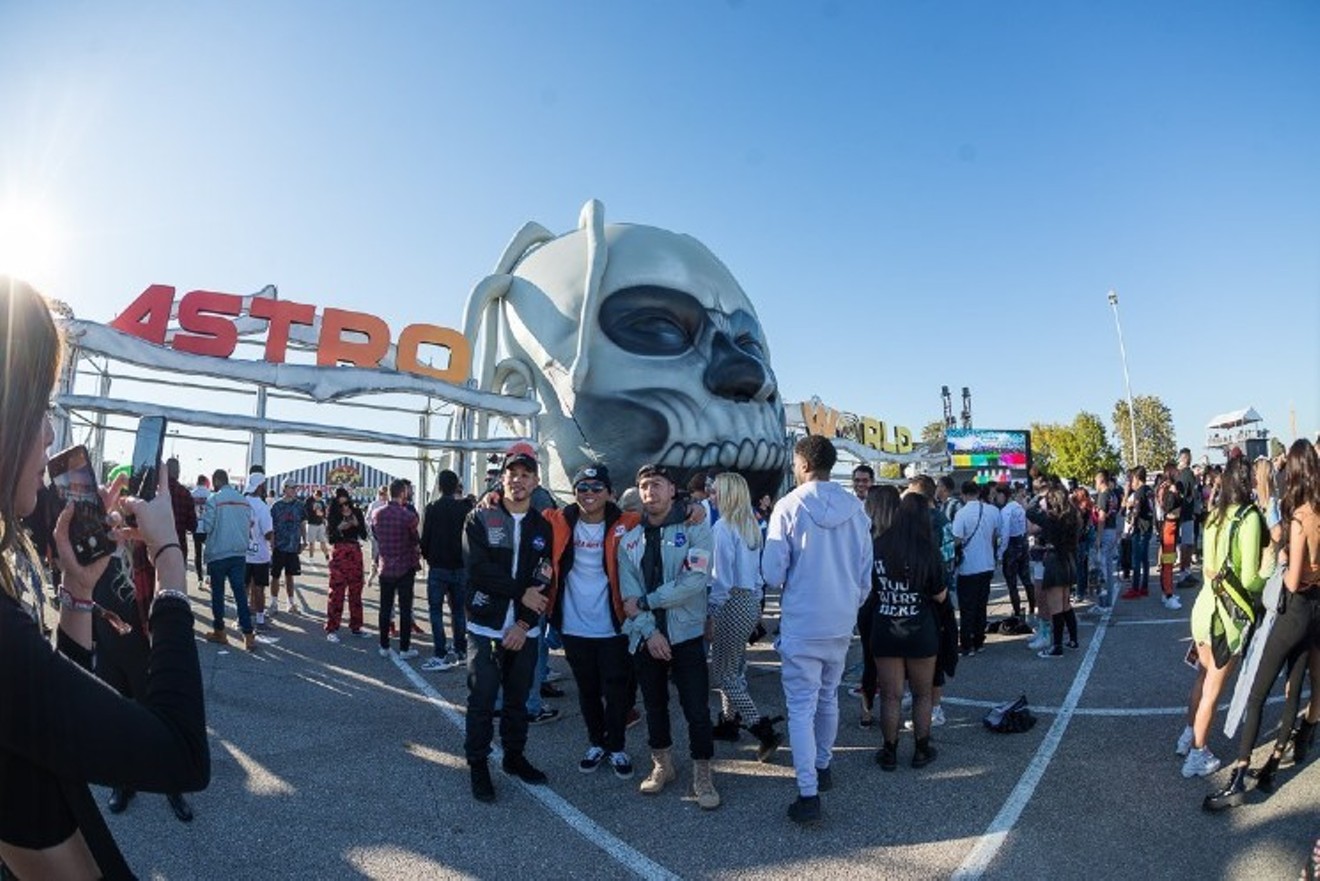 100,000 music fans are expected for this November's Astroworld Festival Photo by Jennifer Lake

As accomplished as he is as an artist and businessman, it’s easy to forget that Travis Scott has a playful streak. He’s notched diamond certified record sales, runs a successful creative collective and is a cultural influencer with more than 40 million Instagram followers. Even the music festival with the whimsical name he founded is viewed more as an industry juggernaut than fun times at an amusement park. When tickets for this year’s installment went on sale, all 100,000 were sold within an hour, despite no announcements of the talent booked, same as its previous iterations. Scott’s success and business savvy have made Astroworld Festival one of the most successful single-artist curated music fests in the world, according to Billboard.

That it all happens here in Houston at NRG Park should be a huge source of pride for any self-respecting local music fan. Guessing which artists will play the fest is becoming as entertaining a pastime as buying a mini-loaf of fresh baked bread at the end of a long day at the long-gone amusement park. And the day’s festivities are amplified by who might drop by for it all, the famous and otherwise. Though it seems like a tremendous amount of work to pull off, even for as earnest an entrepreneur as Scott, there is some indication he’s not taking it all too seriously. He’s recently been likened to Willy Wonka since he’s waggishly hidden tickets to the festival in packs of CACTI, a spiked seltzer he’s teamed with Anheuser-Busch to produce. After all, anything called “Astroworld” shouldn’t be all work and no play.

astroworldfest.com
KEEP THE HOUSTON PRESS FREE... Since we started the Houston Press, it has been defined as the free, independent voice of Houston, and we'd like to keep it that way. With local media under siege, it's more important than ever for us to rally support behind funding our local journalism. You can help by participating in our "I Support" program, allowing us to keep offering readers access to our incisive coverage of local news, food and culture with no paywalls.
Make a one-time donation today for as little as $1.