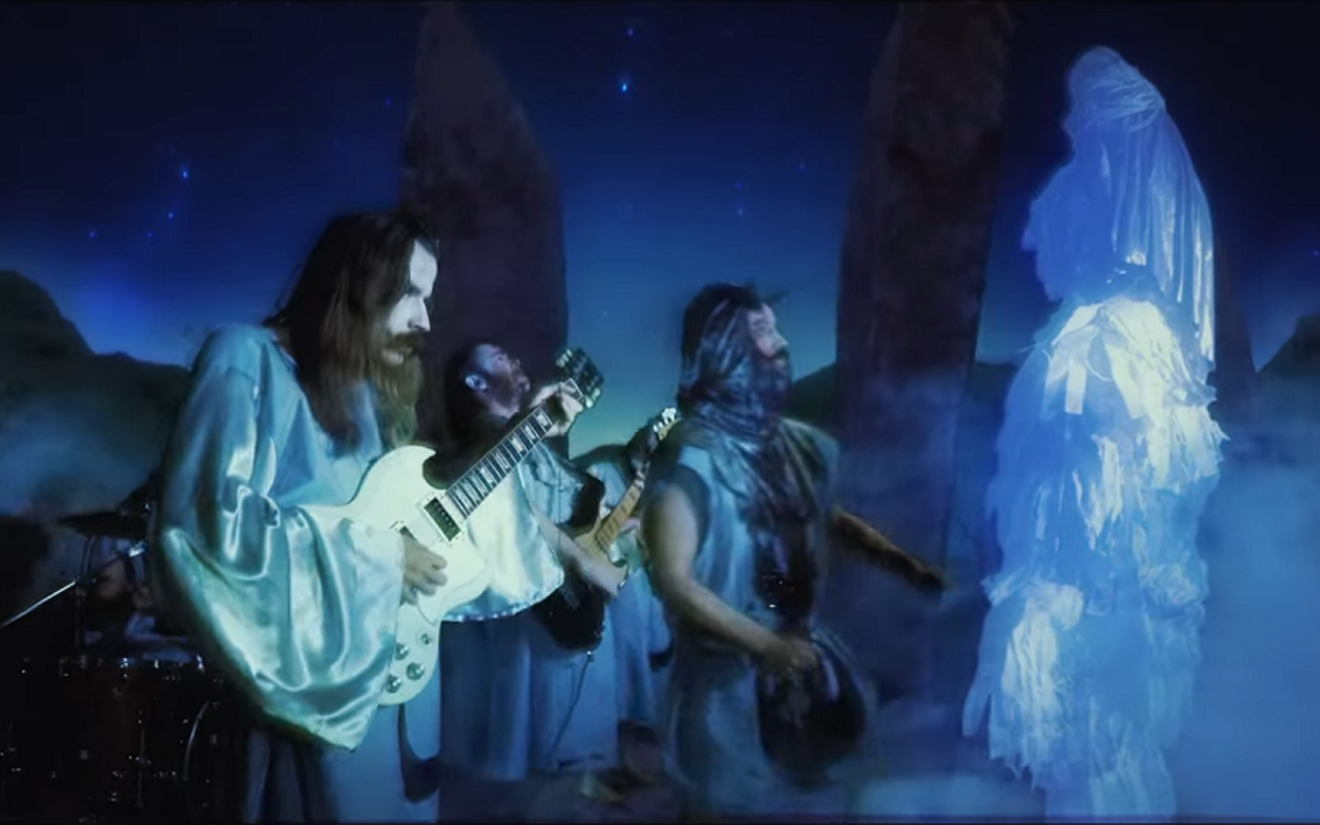 The countdown continues! Screenshot from No. 31 on this list
Our look at the greatest lesser-known videos of the year continues! Today we have dance numbers, demons, and daring battles on the top of speeding cars. Plug in your headphones and let's dive in!

Look, there have been a thousand metal videos filmed in insane asylums, but in all honesty very few of them are good. Most use the setting like a crutch. Not so with Nerv’s “Demons.” Here, struggles with mental illness still get an infernal glowup, but there’s a sincerity and honesty to it that makes it feel less like a gimmick. Other bands may have done it with bigger budgets, but Nerv has the most heart.

One of the most influential works of performance art ever done was Yoko Ono’s Cut Piece, where the audience was invited to come up and slowly cut her clothes away, keeping bits as souvenirs. Several artists have paid homage to the work, and the latest is Ashe in “Angry Woman.” As she sings about what society tells women to do, her outfit is aggressively shredded by faceless participants in an incredibly unsettling way.

Today's "hey, remember them?" artist is Bowling for Soup. I am legitimately shocked that “Hello Anxiety” hasn’t become the next big TikTok sound. Laying that aside, the video is another awesome collaboration between the band and General Hospital star Cyrus Hobbi. This time, he’s an office worker going slowly mad from his job until the only cure is a dance number. Truly, a sentiment for our times.

Avatar has pulled out all the stops for their ninth studio album’s lead video, “Dance Devil Dance.” It has everything: dancing cultists, self-harm magic tricks, a sweet ass ride, and a thumping heavy metal beat. In an era when most metal bands seem to have lost all sense of imagination when it comes to videos, Avatar rolls out a complete circus. Satan bless them.

The video opens with an achingly beautiful a Capella version of “You’ll Never Walk Alone” before transitioning into one of the best choreography performances of the year. Thew and his fellow dances step lightly in a darkened underpass, adding to the melancholy of the song.

Despite the popularity of the party music video genre, you rarely see a Christmas-themed one. The Linda Lindas have put together the best once since Reuben’s “Christmas is Awesome.” There’s nothing fancy here, but a good time was definitely had by all.

Another year and another set of classics reimagined by The Great Kat. In 2022, she traded in her signature lightning fast guitar for a violin and put out a fantastic collection of dance tune versions while still dawning her apocalypse kitten metal look. The best of these was her take on “Amazing Grace,” which might be the most beautiful recording she’s ever done. See you next year, Kat!

For such a laid back tune, “Look to Him” has a nailbiter of a video. Two men (Adam Khazhmuradov and Sasha Shadid) battle each other on the roof of a speeding sedan in a fight that is part kung fu. The two put on an amazing show as Greentea Peng narrates the action in her smoky voice.

Lots of musicians work their personal issues out through songs, but sometimes that creates a disconnect between the person writing the music and the content of the lyrics. That’s what happened to Pile’s Rick Maguire, who is stalked throughout the “Loops” video by a twisted avatar of his own songs. It’s a strangely horrifying experience that shines a light on what art says about an artist as a person.

Things get way out of hand in the video for “Mr. Medicine.” Created by artist Wilm Danby, it’s a collection of surreal, lightly pagan happenings. The band is present, playing a concert at a stone circle, but as the video progresses they are taken over by bizarre forces. It’s dreamlike and hard hitting at the same time the way few videos can pull off.

Part 1: 50-41.
KEEP THE HOUSTON PRESS FREE... Since we started the Houston Press, it has been defined as the free, independent voice of Houston, and we'd like to keep it that way. With local media under siege, it's more important than ever for us to rally support behind funding our local journalism. You can help by participating in our "I Support" program, allowing us to keep offering readers access to our incisive coverage of local news, food and culture with no paywalls.
Make a one-time donation today for as little as $1.