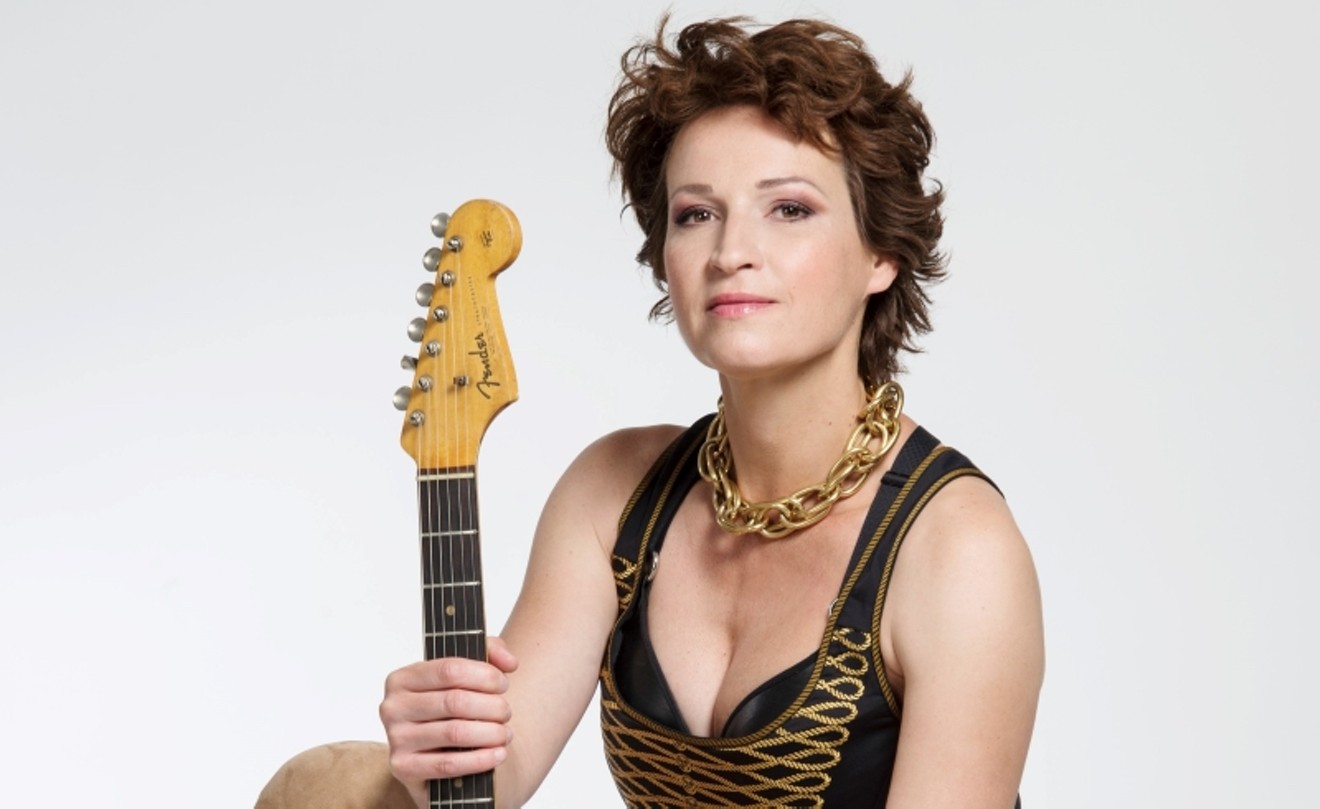 Blues guitarist Ana Popović will perform on Thursday, January 26, at Main Street Crossing in Tomball. Photo by Brian Rasic
You know that line about life giving you lemons? Well, Ana Popović has received truckloads of lemons over the past few years.

The Serbian-born blues guitarist was diagnosed with breast cancer in the fall of 2020, three years after her mother died from the same disease. After a brief period of soul searching, Popović went into action and began chemotherapy, shuttling between her home in California and Amsterdam, where she received the treatments.

Encouraged during this difficult time by Buthel Burns, the bass player and musical director of her band, Popović kept playing, working on new material remotely due to the constraints imposed by the then-raging pandemic. The result is Power, an album set for release this May. Popović is now back on the road, with a show scheduled for next Thursday at Main Street Crossing in Tomball.

Speaking via Zoom, Popović says that the title of the album is significant, and that it has multiple meanings. “For one, it means that unity is power, and that unity will save this world,” she says. “The cover of the record is black and white hands, holding hands. It’s a positive message. I always like to inspire people, and I like to point out the important things that some of us might turn a blind eye to. I think that unity is where this whole world needs to move. 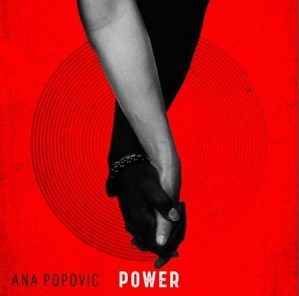 Album Cover
“My friendship with Buthel gave me the power to go through 14 chemotherapies and reinvent myself, my looks and my sound,” Popović continues, “and keep going in the most difficult times of my life. This is the music that saved my spirits.”

While the tone of the new album is a positive one, the material was certainly influenced by her health issues. “This is an album about recovery,” Popović says. “It happened step by step, and every step of the way there was a song.”

Surprisingly, Popović managed to keep her live performing career active, playing over 150 shows in the past year, which she characterizes as “a triumph.”

“I decided not to tell the band about any of this,” she says. “Buthel was keeping the band on the road, and he was reassuring me that my new look was fine, that my guitar playing was fine, that the songs were great."

Not surprisingly, Popović heard from internet trolls when she no longer had her signature flowing blonde locks post-chemo. She had not initially gone public with her illness and treatment, so the abuse came unabated. “The amount of bullying online was amazing to me. The majority of the people who were bullying my look – I had to put a hat on my head – were middle-aged to old men, and I’m thinking, ‘You should be concerned about your own look before you start commenting on mine!’”

Power took shape during the relative isolation of the pandemic. The silver lining – if it can properly be called that — was an abundance of time. After collaborating on new material via Zoom, Popović would make short trips to Dallas, where she and her band recorded demo versions of the new songs, also continuing to tweak the works already in progress. “I wanted to perfect it,” she says. “I wanted the perfect record, the way I wanted it, and just that way. And the reason that happened is that we kept reinvesting, rerecording, and re-demoing everything.

“The amount of bullying online was amazing to me. The majority of the people who were bullying my look – I had to put a hat on my head – were middle-aged to old men, and I’m thinking, ‘You should be concerned about your own look before you start commenting on mine!’”

"You know it’s never perfect, but it’s as good as you can make it. I gave myself time. Why rush it? These are good songs, they deserve a good groove, they deserve the right pocket.

“It was an inspirational time,” Popović says. “And the fact that nobody knew about my situation also made it easy to maneuver. So no one was doing this out of pity. Or thinking, ‘How can she do it? Can she play? Can she not play?’ They were taking it as just my next record. But for me, it was much more than just a record.”

Like many contemporary blues artists, Popović is unafraid to pull the influences of other musical genres into a blues framework. Does she receive any criticism in this regard? “People give opinions on everybody’s music. If you put on Eric Clapton, there will be as many haters as there are lovers. If you are an artist, I think it should be irrelevant. And it is to me. But I want to keep that blue note in my music. But then I also want to showcase my love for something else. ‘Queen of the Pack’ has sort of a Steely Dan influence. And gospel influences – that’s new. Gospel, R&B, funk, soul – there’s everything on this record.”
Ultimately, it was music that carried Popović through the past few harrowing years of illness and loss. “I chose to fight it quietly, and I chose to inform just a small circle of friends around me and channel everything, every doubt I had, every night when I was frightened about things, having thoughts about life, channel just everything into music.

“If I may give a suggestion,” she says after a pause. “There are people suffering from all kinds of things that life throws at you. Hold on tight to whatever your passion is. For me, that was music. It can be anything.”

Ana Popović will perform on Thursday, January 26, at Main Street Crossing, 111 W. Main in Tomball.  For more information, call 281-290-0431.  Tickets $42 - $85.
KEEP THE HOUSTON PRESS FREE... Since we started the Houston Press, it has been defined as the free, independent voice of Houston, and we'd like to keep it that way. With local media under siege, it's more important than ever for us to rally support behind funding our local journalism. You can help by participating in our "I Support" program, allowing us to keep offering readers access to our incisive coverage of local news, food and culture with no paywalls.
Make a one-time donation today for as little as $1.