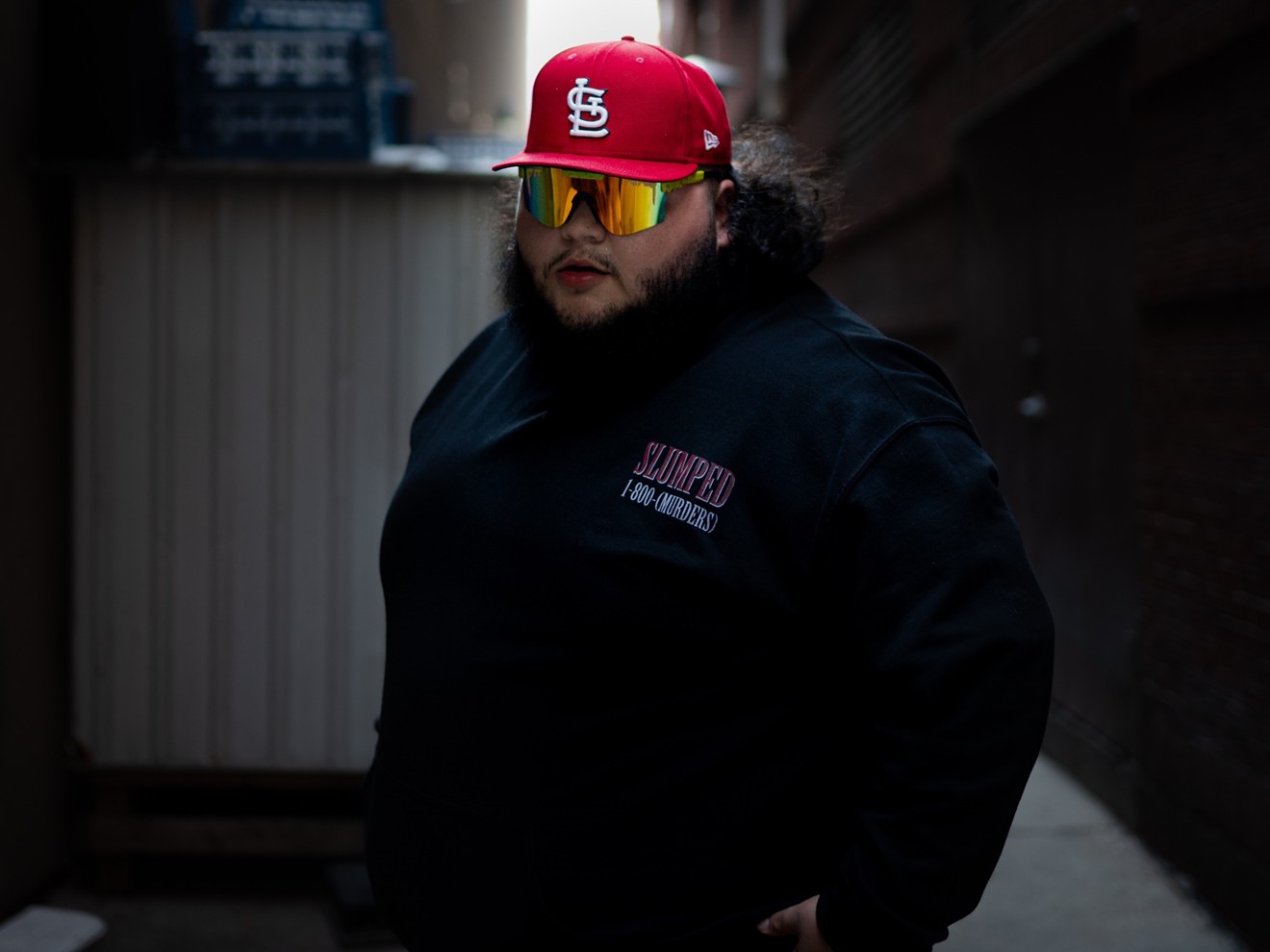 Northside Houston rapper Bo Bundy has signed to L.A. regional Mexican label Rancho Humilde. Photo by Rancho Humilde
Three years ago, the Houston Press ran a profile on local rapper Bo Bundy and the wild night he experienced protecting his flooded home with an AK-47 during the wake of Hurricane Harvey. Today, the Northside Vato might just be thanking the man upstairs for sending Hurricane Laura the other way as he makes final preparations for the biggest move of his life.

Earlier this month, Bo Bundy (Jorge Frias) announced he had signed with L.A.-based Rancho Humilde and would be relocating to California to begin the next chapter of his career. The move came as a surprise to some who considered the burgeoning Latino rap star a key member of the city's next generation of homegrown talent. We spoke to Bundy about his big break, future plans, corridos tumbados and why Houston can't seem to hold onto its artists.


"It would have took way longer," says Bo, when asked where his career was heading before signing to Jimmy Humilde's genre-bending West Coast imprint. Humilde, whose recent Forbes profile is the latest development in his master plan to become the Puff Daddy of the Regional Mexican genre, is assembling an Avengers caliber roster of crossover artists like Bundy, Legado 7 and Fuerzo Regida to reshape and redefine what regional Mexican represents.

The move was unwelcome for some local fans of Bundy's brand of corrido-inspired Houston trap. While his bilingual verses, saturated Chicano references and Northside Mexican persona make him a viable crossover artist, his hard-hitting bars and solidly hip hop projects put him at odds with the tuba and mariachi-backed crooners on Rancho Humilde. Bundy is the lone rapper on a label full of corrido tumbado bands and singers. The distinction, however, doesn't bother the former construction worker and project manager, who sees himself more culturally aligned with his new label-mates than his fellow Houston rappers.

"I studied the genre," he says, "there's a reason I'm the only rapper in the same lane as most of these artists on Rancho Humilde. The shows I was headlining, I was co-headlining with corrido singers." Like the greater music industry, Mexican-American music, specifically the loosely-defined genre of regional Mexican, is moving away from traditional cultural barriers towards more genre-fluid, in this case, trap-inspired output. This melding of influences creates spaces for artists like Bo Bundy to thrive in settings once deemed incompatible with their music. Moreover, for Bo, it offers an avenue toward success he and others have found frustratingly unavailable in Houston.

When asked to weigh in on why artists head for greener coastal pastures, the "Uno Cuhh" rapper holds no punches. "It's all a lack of fan support. Because we have the resources. There's no reason for Houston not to be a big music city like L.A. and New York." As Bundy explains, his experience in Houston was marked by both a lack of backing and support. "It's a very, 'on your own' type shit. A lot of doors were closed to me here." Bo Bundy with Rancho Humilde co-founder Jimmy Humilde (center left).
Photo by Rancho Humilde
While Bo never found the footing or cultivated the audience he sought locally, local was never the goal. "I never wanted to be a Houston rapper, I wanted to be an artist." The distinction is often necessary for unorthodox rappers in a city with a deep-rooted and defining sound, one which, while iconic, enables some heavy-handed gate keeping from both fans and veterans.

Despite a polarized fan reaction to his big announcement, Bo maintains the vision hasn't changed. "A lot of people say I took a shortcut, that I'm a sellout. That I'm taking the easy way out. But it was all part of the plan." The 25-year-old says his goal was always to break into the corrido and regional market, that signing to Rancho Humilde was the dream all along. "I see where the sound is going to be in five years, and that's where I'm going. I'm not meeting them where they're at now."
KEEP THE HOUSTON PRESS FREE... Since we started the Houston Press, it has been defined as the free, independent voice of Houston, and we'd like to keep it that way. With local media under siege, it's more important than ever for us to rally support behind funding our local journalism. You can help by participating in our "I Support" program, allowing us to keep offering readers access to our incisive coverage of local news, food and culture with no paywalls.
Make a one-time donation today for as little as $1.