Bob Schneider's Not Dead Yet 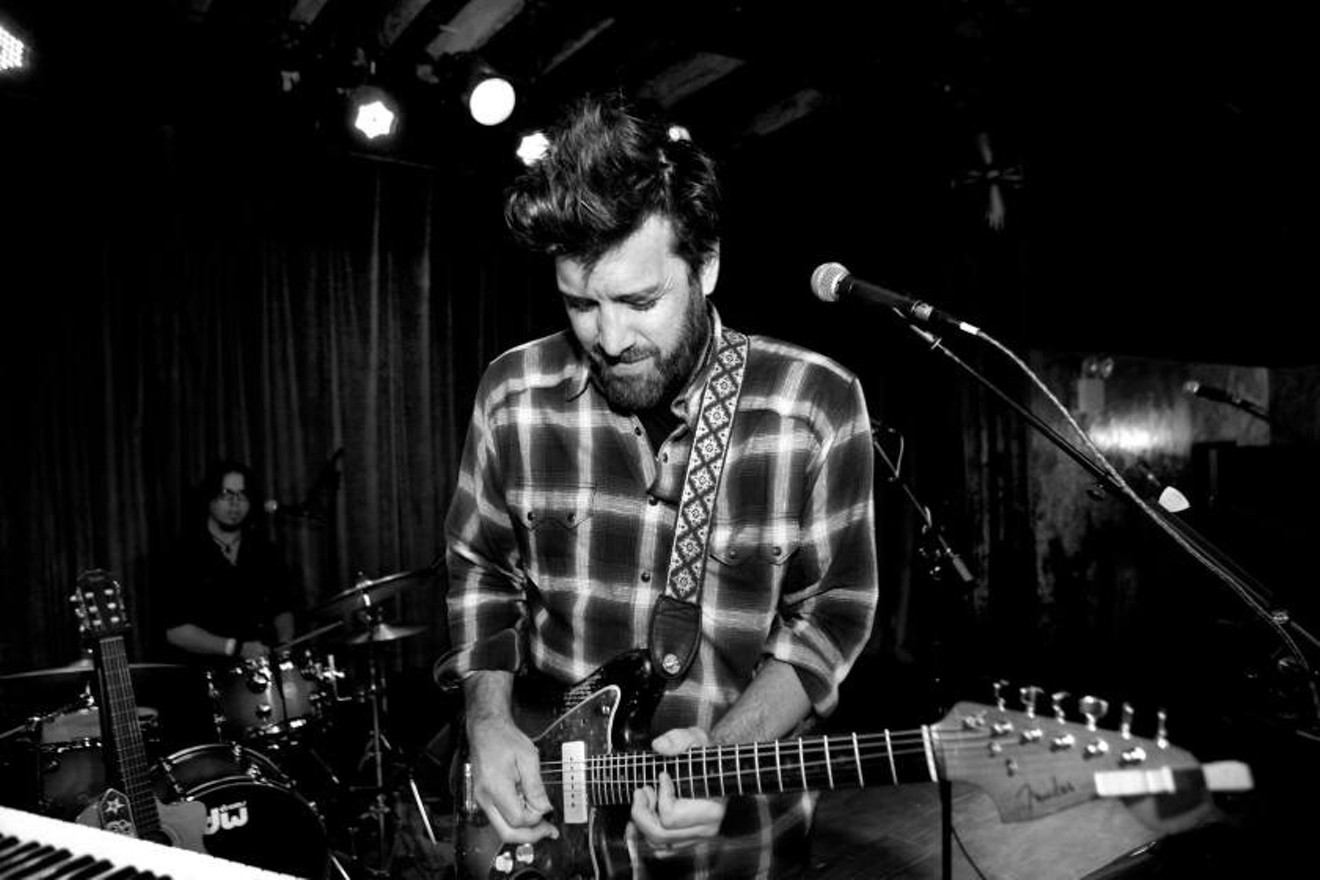 Bob Schneider figured he'd be dead by now. Turns out he's just getting started. Photo courtesy of Bob Schneider
The life of many singer-songwriters isn’t one necessarily tailored to a long lifespan. Between the long hours, late nights, travel, and those booze-filled smoky nights, it’s a profession that certainly lends itself to an early grave.

At one point in his career, Austin’s own Bob Schneider figured he too would join the all-too-long list of musicians gone before their time. He also thought he’d experience a bit more fame and fortune before meeting that premature demise.

“I thought I’d be bigger than I am (at this point), and I thought for sure I’d be dead at this point,” Schneider said recently. “I’m sort of glad that neither of those things happened, because if either had occurred I wouldn’t be able to do what I love, which is to play and write new music for a living.”

Schneider, among the most noteworthy independent singer-songwriters in Texas, plays two sets at McGonigel’s Mucky Duck (7 and 9:30 p.m.), only a month after rolling through Houston for a gig at the Heights Theater. Of course, as anyone familiar with Schneider the musician can attest, time off never really factored much into his plans.

In addition to previous runs with bands like the Ugly Americans and the Scabs, Schneider is an accomplished – and hard-working – performer in his own right. That probably explains why he has released four albums in the past five years and maintains a rigorous touring schedule.

Not that recording a proper studio album compares to the thrill of a live show, at least in Schneider’s view.

“Playing a live show is way more fun than finishing up a record,” he said. “By the time you’re done recording, mixing, getting the track order together and getting the art done, you’re pretty sick of listening to it and aren’t that big of a fan of it. I usually stop playing most of the songs after I’m done recording, at least until the record comes out, so, yeah, playing a live show is way more fun. I do like to write songs though. If I didn’t constantly add new songs to the set, I’d hate playing live almost as much as finishing up a record. I have to have new material when I’m playing live or it just gets stale very quickly for me.”

Schneider is an anomaly of sorts as singer-songwriters go. He, like most musicians, struggled early in his career, before catching a break and catching on with a major label. However, after some time under the major label umbrella, he opted to go independent. In fact, his latest release – a set of three EPs that combine to form the King Kong trilogy – was funded via a crowdsourcing campaign in which fans donated to Schneider’s cause of creating personal, independent music.

There was a time when artists strived to ink a deal with a major label, thus guaranteeing them ample studio time, promotion and, potentially, fame and riches. But with the advent of the Internet, and in an age when major labels are dying an accelerated death as online streaming continues to gain a stronger foothold, young musicians can connect their music to prospective fans, while more established acts (like Schneider) can continue a dialogue with a devoted legion of fans.

Schneider admits he didn’t necessarily foresee that shift in how music is delivered, but nevertheless, he far prefers the indie life.

“I didn’t really see any of it coming, but I’m always behind the curve in terms of knowing what’s going on in the world,” he said. “I just knew that after being in bands and listening to guys I was in bands with, and listening to record companies tell me what they had to say, I was tired of all that noise. I just wanted to make something that I was happy with and I hadn’t done that until my first solo record (2000’s Lonelyland). I think that record turned out as well as it did because I made it for an audience of one – me.”

Schneider has also taken to the Internet to keep his fans (a devoted bunch, for sure) apprised of his comings and goings. He launched a page on Patreon, whereupon fans pay a monthly fee for access to independent music. In Schneider’s case, the Patreon Song Club page has enabled him to unload his “vault,” a smattering of previously unreleased tracks.

“I’ve never supported myself by selling my recordings … It costs me way more to make my records than I get in return, so I’m actually losing money recording records,” he said. “Luckily, I have things like my Patreon Song Club, which helps defray some of the costs of recording and gives my fans access to music they might otherwise never hear.”

This is the life of an accomplished singer-songwriter still trying to make a living in an ever-evolving musical landscape. Schneider isn’t content to rely on past material in selling tickets to his many live shows. He’s focused on the future, one he admittedly never envisioned.