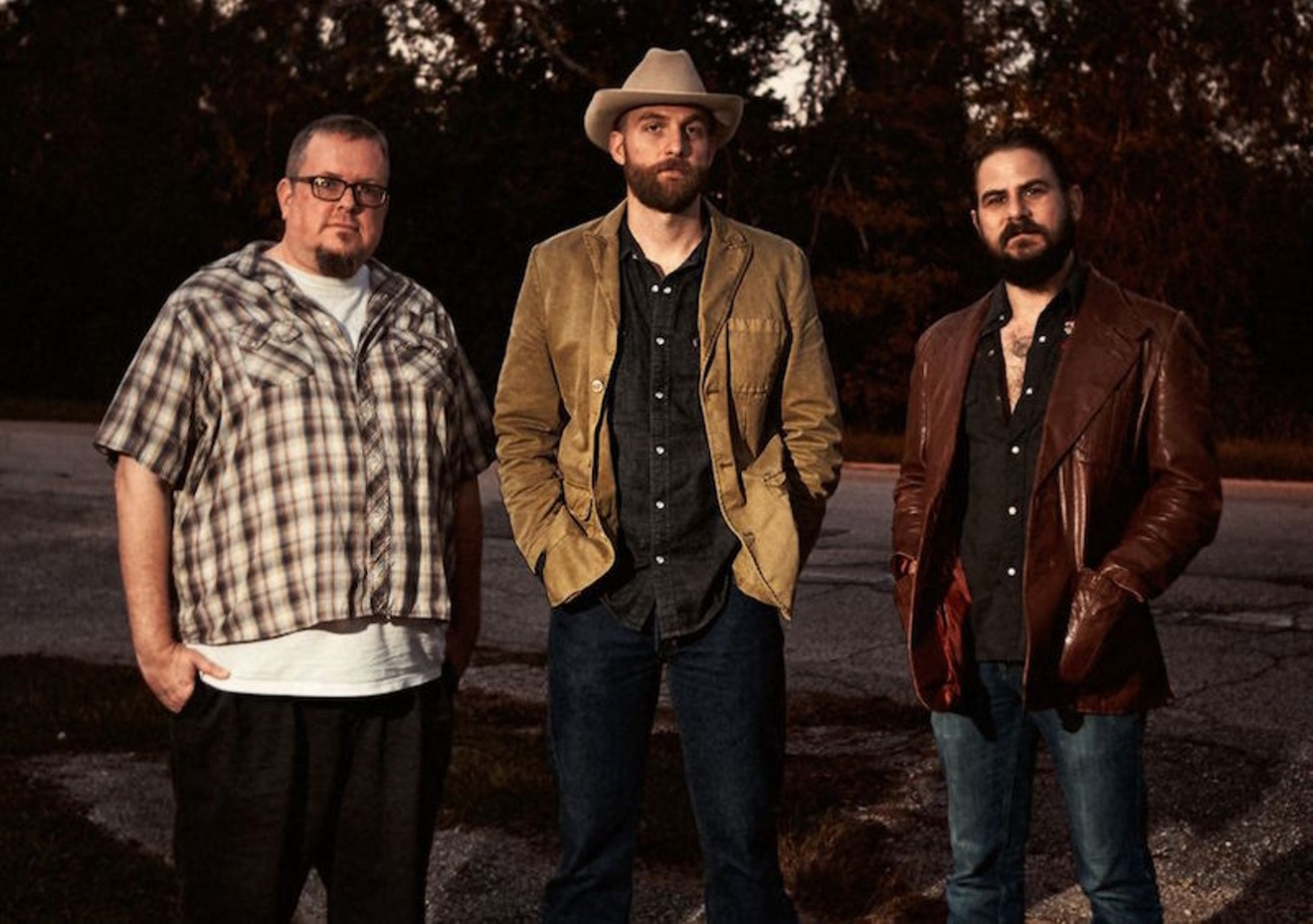 Charlie And The Regrets released "Prison Radio" the single from their upcoming album After The Storm. Photo By Mike Victorick
Houston’s Pacifica Radio station, KPFT, often flies under the radar of many Houstonians but the station has a long and rich history of providing the city with unconventional and non-commercial news and music.  It is often the only place on the dial to hear local bands and find out what is going on in the city’s live music scene.

The Prison Show has been a staple on the community run station for the past 40 years. Started by LGBT rights activist and ex-convict Ray Hill, the show is one of the few platforms for people to reach out to loved ones behind bars and for those incarcerated to hear familiar voices from home.

Local musician Charlie Harrison of Charlie And The Regrets has written a song honoring the stories told on the program and the mission of the show. “Prison Radio” is the first single released from the bands next album, After The Storm, due out in spring of 2021.

Harrison came across The Prison Show one Friday night while listening to the familiar station in his car. “I just listened one night and I was blown away,” says Harrison.

“I heard these people calling in and their messages were just sweet. Some of them were sad, but they were all just really beautiful and powerful and so that hooked me in and then I started listening.”

“Prison Radio” tells the story on both sides of the phone lines, the family of those serving time and the inmates with little to look forward to but holding tight to their hope on Friday nights when they tune into the Prison Show.

Harrison tapped into real calls he had heard on The Prison Show for inspiration and shifted the band's sound to a more rock and roll feel for the track, a direction he admits the new record is headed in.

“I just was really blown away by people really pouring their hearts out that much over the phone, it felt really honest and beautiful. You hear all these family members, friends and family of people who are locked up and they have so much hope and love but you also get the sense that when these people get locked up, it's obviously bad for them, but it's also hurting this community of people around them.”

Harrison is a frequent volunteer and contributor to KPFT, donating not only his time but also his talent to help the small station raise funds throughout the year. During his time with the station, Harrison has built a friendship with the show's host, David Collingsworth.

Collingsworth took over the show for the late Ray Hill in 2018. “I had auditioned to be the host and he chose me to be the producer and then on his deathbed, he pretty much just gave me the show,” says Collingsworth who became a listener when serving time and as soon as he could he joined Hill as a volunteer at the station.

“I loved Ray because he was honest. He was who he was and if he didn’t like you he could tell you to fuck off in a heart beat.

“I got a radio in 1990 and I was on the Coffield unit. I was really surprised that I could hear it but you have to hold your mouth just right and have the radio in just the right position and back then I had those antennas that were about two and half foot long. All the time I was incarcerated, I would listen to Ray.”

Both Harrison and Collingsworth know the value behind the show and the timeless and powerful ability it has to provide simple methods of communication even in the most complicated of times.  Collingsworth describes how inmates would play the telephone game down the hallways letting one another know if their loved ones were reaching out to them over the dial.

“Ray would always say, ‘We are going to holler down the pipe chase and rattle the bars.’ and the Prison Show is so popular on the inside that they really do yell down the run of each other,” he says.

When asked if his family ever participated in sending him messages via The Prison Show Collingsworth replies, “My family didn't do that. Families that were on the Prison Show, I got to where I would listen to them and I could appreciate them, they became my family.”

The Prison Show has been using the Bobby Bare song “Back Home In Huntsville Again” as its opening song, but Collingsworth says they will soon adopt Harrison’s "Prison Radio” as their opener.

Harrison’s life experiences and involvement with The Prison Show have provided him with his own unique insight into the labyrinth that people find themselves in when trying to make a better life for themselves.

“I remember when I was getting in trouble, and I was super fortunate I had every resource that anybody could need, but I still felt trapped like I was really set up to fail. Some of the trouble I brought upon myself and some of it was complicated by things I didn’t really understand at the time,” says Harrison.

“I think it does give me a little bit of sympathy to really begin to understand that people can really mess up and they can really want to do better for themselves,” he adds.

In “Prison Radio” Harrison directly addresses the men and women behind bars with little hope for release or friendly visitors reminding them that David loves them.

Collingsworth himself is honored by the song, not only for the mentioning of his name but for the feeling that it is providing to the show as he takes it over.

“I’m really in awe and quite flattered,” says Collingsworth. “Going from living in a six by nine and not even knowing if you were ever going to be free again to hosting The Prison Show and then having a song written about us. I guess I get to go down in history and I never thought that I would. I always thought that I would be forgotten so it’s quite honoring and it’s quite humbling.”
KEEP THE HOUSTON PRESS FREE... Since we started the Houston Press, it has been defined as the free, independent voice of Houston, and we'd like to keep it that way. With local media under siege, it's more important than ever for us to rally support behind funding our local journalism. You can help by participating in our "I Support" program, allowing us to keep offering readers access to our incisive coverage of local news, food and culture with no paywalls.
Make a one-time donation today for as little as $1.