Chingo Bling Laughs at the Haters By Making People Laugh 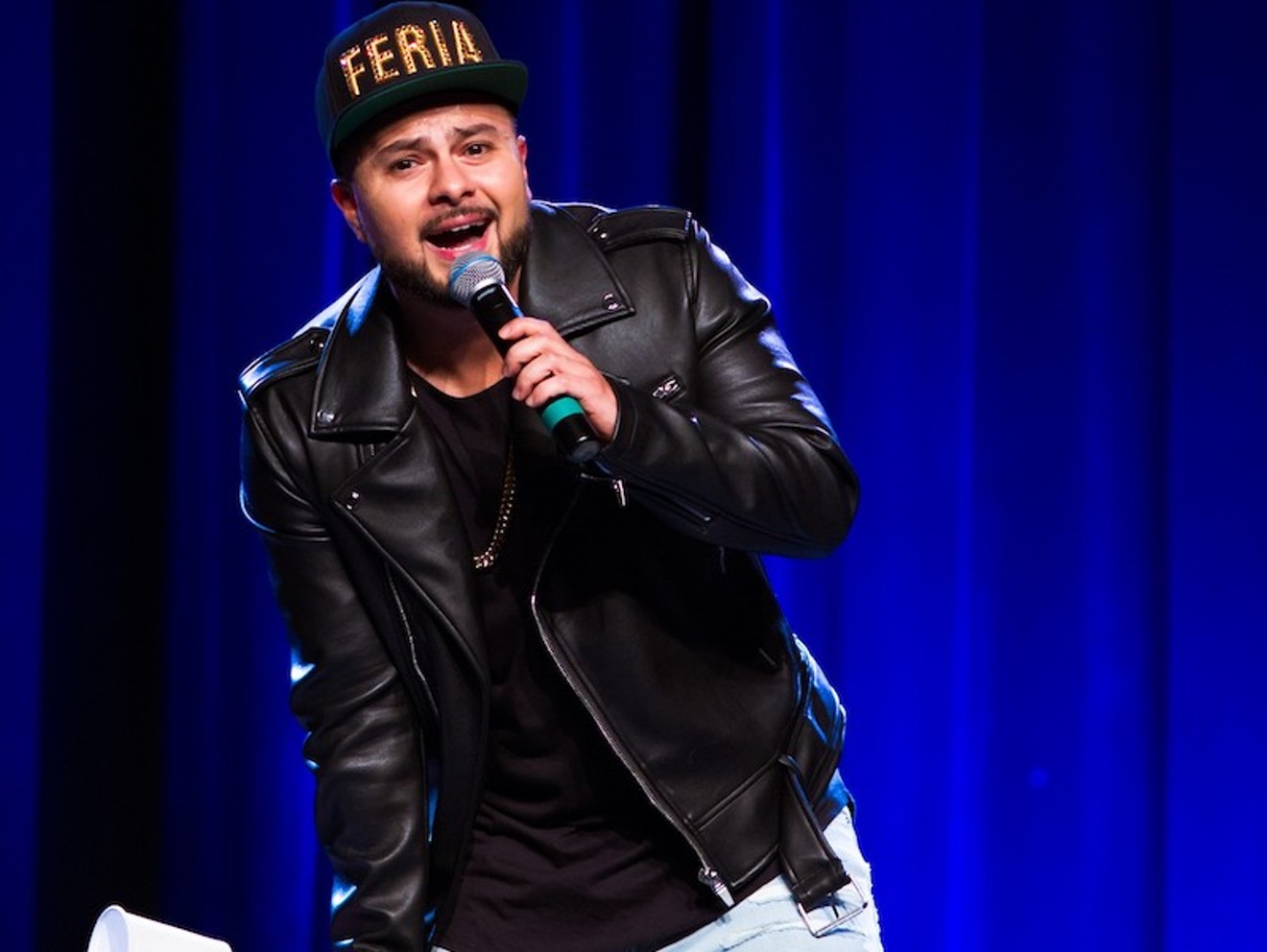 Chingo Bling is perfecting his standup, one show at a time. Photo by Marco Torres
There’s a scene in Chingo Bling’s standup special on Netflix where he acts out a sexual encounter with his grandmother. It would have been more shocking if it wasn’t somehow embedded in a kind of truth that only people with abuelas could understand.

It's a joke that's landed well with audiences, he says. But it wasn't always that way. Trial and error, show after show, has helped Chingo Bling go from H-Town Chicano rapper turned traveling Texas comedian.

And before people think he’s put down his rapper persona, it’s not the case. “The reason I have no plans of giving up rhyming is because I believe that you always have to. You can’t lose touch with the people, and you reach a lot of people that way,” he says.

But Pedro Herrera III, as Chingo is better known to his family, also says he’s wanted to be a comedian since he was young. Professionally, though – and rap music aside —- he’s only been on the standup grind for two and a half years.

“I’m still getting the hang of things,” he admits. The magic formula so far for his comedy shows is to surround himself with solid comedians. Chingo will come out in the beginning, middle and end of a show, acting as a host for the night, but also the marquee performer.

With guys like the raucously funny Jerry Garcia and Jon Stringer grounding the show, there’s no lack of laughs.

“Writing rhymes prepared me for this, because I was writing constantly,” he says. That his Netflix special, They Can’t Deport Us All, dropped almost ten years after his album of the same name is purely coincidence, Chingo insists.

“Unfortunately the topic is still divisive. It's still an issue to this day and that's just always been a big part of my point of view and my style. In this case it was the best title,” he says.

As a rookie comic, Chingo says it was all about taking a dive into the unknown and facing any fears he had about falling flat in the comedy realm. He says starting out he’s bombed and done terrible onstage, but he got over it. By taking an established title for his Netflix special, one that previously helped put his name on the map, he was going for it again, he says, like when Canelo Alvarez agreed to fight Floyd Mayweather.

The Mexican boxer has figured heavily into Chingo’s YouTube skits, and he pops up as well in his comedy special. Playing characters like his version of the soft-spoken Alvarez, or his other creation, Tio Juventino, Chingo is getting a lot of laughs from folks who understand the nuances of the culture, and the archetypes he’s poking fun at.

“I don’t feel pressure to make some kind of huge statement, says Bling. But he does point out the ironies of life for Hispanics. One joke he’s been perfecting makes fun of how Mexican-Americans end up working for the immigration service, checking cars at the border crossings.

It’s part of his ability to really make people laugh at the subtleties of Latino life that brought Chingo Bling to the attention of digital media company Mitú, which produced his Netflix special. The company, which targets Latino millennials, has raised millions of dollars in venture-capital funding to produce content for TV and online audiences.

In the end, though, Chingo might just be the marketing genius Pitbull once called him. His comedy is mature, and isn’t for the squeamish, and while it’s directed at a specific cultural audience, a lot of it is grounded in things that appeal to everyone.

His goal, he says, is to make his comedy universal. “Even if there is a little Tex-Mex stuff [in my comedy], there’s Tex-Mex stuff everywhere,” he explains. Just to be able to induce laughter, to me that’s powerful.”

Chingo Bling: They Can't Deport Us All is now available on Netflix.

Camilo Hannibal Smith started writing for the Houston Press in 2014. A former copy editor, he was inspired to focus on writing about pop culture and entertainment after a colleague wrote a story about Paul Wall's grills. His work has been published in the Los Angeles Times and the Source magazine.
Contact: Camilo Hannibal Smith