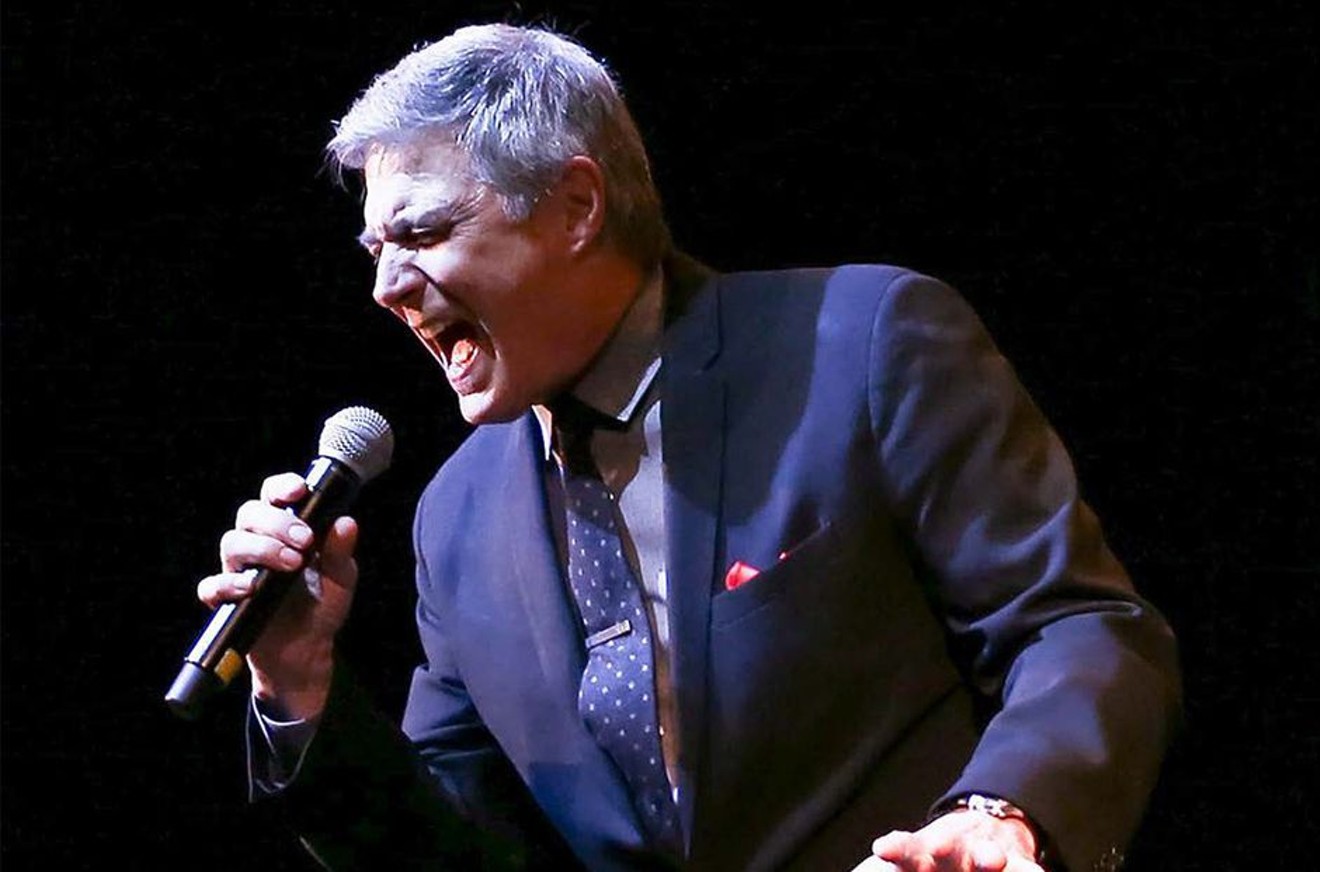 Dennis Tufano today: From Buckinghams to Bobby Darin Photo courtesy of Dennis Tufano
You would think that a band whose members were barely out of high school - but had the No. 1 song in the entire country - would be able to celebrate without restriction. That achievement happened for the Buckinghams in February 1967 when their two-minute-and-seven-second infectious slice of pop, “Kind of a Drag,” hit the peak position.

But there were also, um, a few issues. For exactly at the time that the Jim Holvay-penned tune was blowing up, the Chicago-based Buckinghams found themselves without a manager, without a recording contract, and without a keyboard player.

The classic Buckinghams lineup: Marty Grebb, Dennis Tufano, Nick Fortuna, John Poulos, and Carl Giammarese.
CD cover by Columbia/Legacy
Lead singer Dennis Tufano certainly remembers the sweet and sour of the situation. “We were going through a lot of changes, and ‘Kind of a Drag’ was only released to fulfill a contract before our record company released us. And it was never promoted,” he recalls. “We were in a meeting and John, our drummer, walked in and he looked kind of down. He had a copy of Billboard that said the song was No. 1! We didn’t know what to do! But destiny seemed to carry us in the right direction, and things fell into place.”

Going back, the Buckinghams didn't even start out with that name. Tufano, along with Jon Poulos (drums), Nick Fortuna (bass), Carl Giammarese (guitar), and Dennis (keyboards), were the Pulsations. But in 1966 after being tapped as the house band for a local WGN-TV variety show, a producer suggested they adopt more English-sounding name to jump on the All Things Beatle Bandwagon. A station security guard threw out “the Buckinghams,” and the band could always add that it was a tribute to the city’s famous Buckingham Fountain in Grant Park.

“We all wanted to be English back then! That’s what was happening!” Tufano laughs. “But we were still a little nervous about changing the name because of what people would [assume] about us and where we came from.”

Tufano notes that the “fear” seemed to be well-founded when the band was invited to perform several songs on the Smothers Brothers television show. “We were talking to Tommy and he said ‘ a second, you don’t have accents!’ and we said ‘Yes, we do – we have Chicago accents!'”

But assuming they were from Across the Pond, the stage set that had been designed for them to perform on was festooned with…British flags. And as the band was not interviewed on the air, everyone watching at home understandably assumed they were part of the British Invasion.

Surprisingly, this sort of band naming was not an uncommon practice. Other contemporary chart making American groups with British-sounding monikers included the Beau Brummels (“Laugh, Laugh”) and the Count Five (“Psychotic Reaction”) of California, the Knickerbockers (“Lies”) of New Jersey, and Texas’ own Sir Douglas Quintet (“She’s About a Mover ”) – whose lineup included a majority of Hispanic members!


The band first became popular in Chicago before breaking nationally. This was at a time when major cities and regions had their own bands with songs that may or may not have become hits in other parts of the country. And local DJs played a huge part in that. “If we only had social media at that time!” Tufano laughs. “Back then your record had to really spread to an audience. Today, if a band hiccups, everybody knows about it!”

Marty Grebb replaced on keyboards after “Kind of a Drag” became a hit. The band would go on to spin a series of AM gold classics over the next few years including “Don’t You Care,” “Mercy, Mercy, Mercy,” “Hey Baby (They’re Playing Our Song)” and “Susan.”

“People tell me all the time about these songs and what it means to them to hear them again, and with me singing just like on the records. I’m just glad that my chops are still in shape.” Tufano says. “Fate and destiny worked out for me, and I’m having a ball!”

The Buckinghams also briefly had fellow Chicagoan James William Guercio as a manager. He hooked onto the fact that the band had used horns on their records. And while the sonic mix ultimately didn’t quite work out for the Buckinghams, Guercio finessed it as a producer with two other “horn rock” acts: Blood, Sweat and Tears and – most famously – Chicago.

By 1970, the group was through and members went their separate ways. Tufano and Giammarese formed a duo and recorded three albums before Tufano went to pursue an acting career. Poulos died of a drug-related heart attack in 1980. Tufano, Fortuna, and Giammarese played together at gig in Chicago, and the surviving four-man classic lineup reunited only once to play a benefit for Grebb with ex-Chicago drummer Danny Seraphine sitting in.

A new version of the Buckinghams with Fortuna and Giammarese (now handling lead vocals as Tufano declined to join the reformation) debuted in 1983. They have toured and recorded new material ever since. Tufano created and starred in a tribute show to Bobby Darin. And in a bit of a pop culture side note, he and duet partner Mindy Sterling were the original voices performing the theme on early episodes of TV’s “Family Ties.” Before producers had the song re-recorded with bigger names Johnny Mathis and Deniece Williams.

Photo Courtest of Dana Lee/Advertising on the Ave.
There was an opportunity in recent years for the core trio to reunite and play again as the Buckinghams for a one-off PBS fundraising concert in the popular “My Generation” series. But according to Tufano, his former bandmates nixed the thought, and so Tufano did it solo. Ironically, he says that show – and its frequent re-airings – in reignited his solo career with the Buckinghams material.

The three men retain a fragile détente about the use of the name “Buckinghams” in their own separate promotions, trying to tamper down any “confusion” in the booking marketplace. “I’ve always maintained our friendship, and they had my blessing” Tufano offers. “They got nervous when I started singing again…but we’ve worked it all out.”

For 2018, Dennis Tufano’s datebook is rapidly filling with appearances on package tours, solo dates, and more Bobby Darin shows. But the biggest surprise for him is seeing the age of some members his audience. Age on the lower end of the scale.

“I see these young people coming to my shows and I’ll ask them ‘What are you doing here? Were you dragged?’ and they say no, they either grew up with the music from their parents or they find it on YouTube. You can Google and have access to anything! They say it’s fun and happy music, and they can understand what’s being said.”

But increasingly, Tufano says he’s hearing something else, perhaps inevitable due to the passage of time. “When they come up and tell me that this is music that their grandparents used to listen to, I have to stop it right there! But I’m 71, and it’s wonderful to be singing the songs I did when I was 19.”