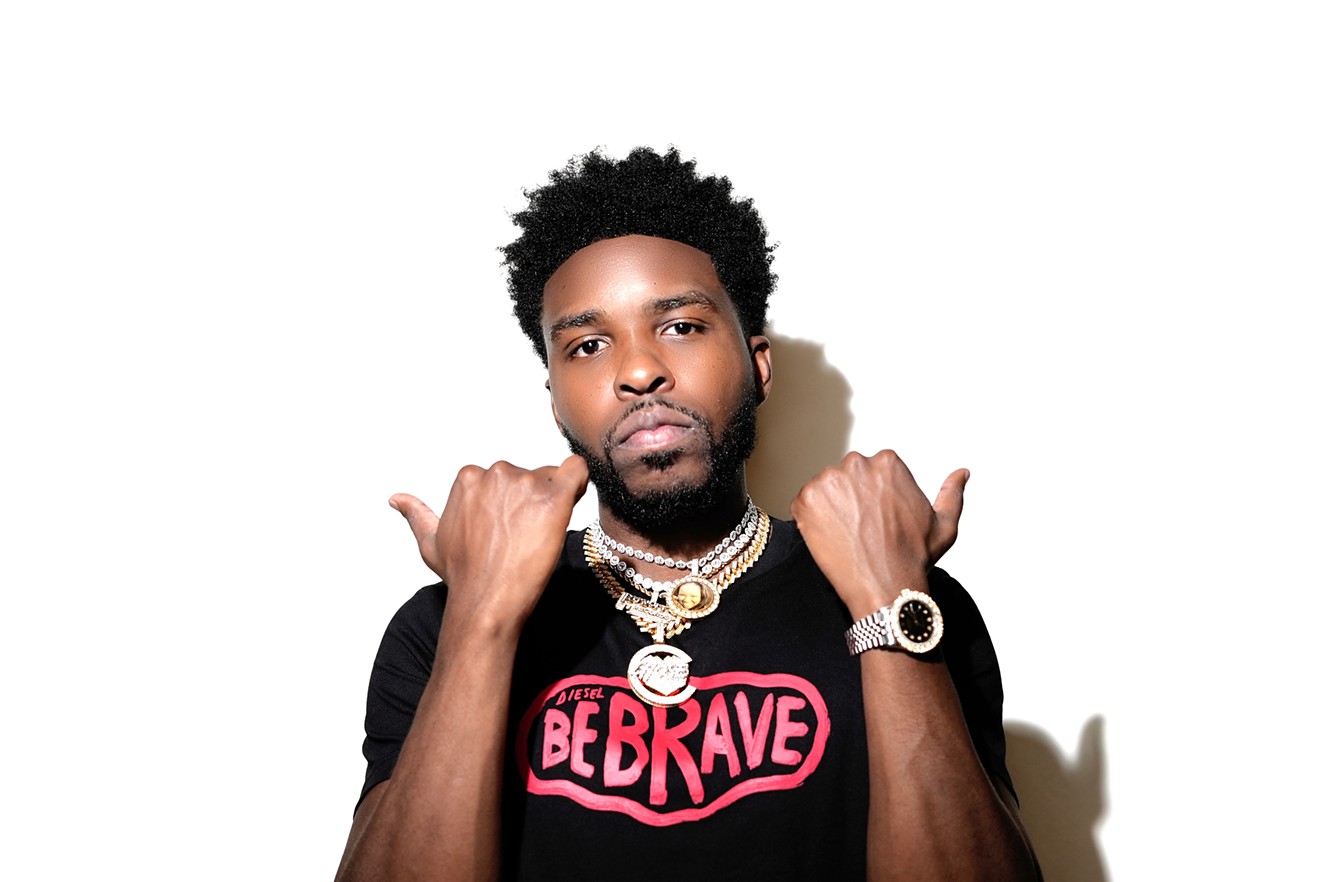 DJ Chose continues to rocket forward in Hip Hop while building up his brand in other genres. Photo provided by DJ Chose Management
“Everybody say they started from the bottom. Show me the bottom then. Show me where you started from, ‘cause this is what the bottom looked like for me.”

The quote is the opening line of DJ Chose’s hit song “Minor SetBack” and the intro with just the producer/rapper’s voice went viral as many people used it as the soundtrack for their own TikTok offerings.

“It’s a gift and a curse,” reflects DJ Chose. “If you came before now you were able to focus more on the music, but now in order to succeed in music you need to be an entertainer, a motivational speaker, a spokesperson, and more. It’s a lot of hats and I have to wear them better than most people.”

Norman North, better known as DJ Chose, has been building up a steady following since emerging from his hometown of Brookshire, TX. He started his production career working Brook Gang, producing singles like "Pick It Up," "Re Up" and, most notably, "Pop That." That last single gained commercial success with its sample of Luke’s "I Wanna Rock" and helped DJ Chose establish himself as a go to for production.

Since then he has garnered writing and production credits with Kevin Gates, Kodak Black Trey Songz, Plies, NBA Youngboy, Akon, and more. His most recent offering, Multi, was released in March and features Megan Thee Stallion, Ken The Man, Gucci Mane, MO3, Mooski, Yung Bleu, and Kali. The Megan Thee Stallion assisted single "Thick" is a remix of the single created by Chose and Beatking in 2020. As that song was bubbling up on the airwaves Chose began to explore other types of music showing just how many hats he is able to wear.
“I have a country project I’ve been working on,” he says almost reluctantly before sitting back and embracing the thought. “I got a song I put out a year ago that ended up doing 20 million streams all independently. I kept it quiet and just let it keep streaming and developed a small country fanbase. I just got booked for my first country festival.”

Releasing under his name Norman North, he has a string of singles including "No Where," "Byob," "That’s A Lie" and "Plain Jane." For Chose, the music was a release after suffering tragedy.

“My mom passed away in 2019 and all I could do was listen to "Dear Mama" by Tupac 24 hours a day. I was trying to find peace within music and I couldn’t. I had to listen to something new, found country, and just started creating playlists. I found myself falling in love with country and the more I listened the more I knew I had to at least try to make a song.”

His trying led him to create an EP and put it online. Eventually Big Loud, a Nashville-based record label reached out to him and were in disbelief that he wasn’t already signed. When the label rep started asking Chose about his musical path and the country artists that he normally listed to he quickly found out that a number of artists that he liked were already signed to Big Loud. Since 2020 North has released four country music EPs with plans on continuing his paths in Country and Hip Hop. He is equally DJ Chose and Norman North and, in his eyes, he needs both to move forward in music.

“The country music came around right before "Thick." I needed it. I needed an outlet to get out my depression because I couldn’t make turnt up music. So now I’ve learned my balance. Any time I’m feeling down I work on a country song and once I get those feelings out, I can make the party music.”
For now he keeps the two entities separate and continues to grow both. He knows fans can be fickle when it comes to music while at the same time making sure that he’s not placed in a box. He appears to be more concerned with actually accomplishing goals than being crippled by worrying about success and failure. So far it’s a strategy that is paying off for him. He also knows that you can’t win everybody over and he takes that knowledge with him as he creates more and more music of varying genres.

"I just can’t worry about what all the people say. I’m just trying to prove things to myself. I can have a bunch of fans listening to my rap and I can have 6,000 fans listening to my country. I just want them to hear the music.”
KEEP THE HOUSTON PRESS FREE... Since we started the Houston Press, it has been defined as the free, independent voice of Houston, and we'd like to keep it that way. With local media under siege, it's more important than ever for us to rally support behind funding our local journalism. You can help by participating in our "I Support" program, allowing us to keep offering readers access to our incisive coverage of local news, food and culture with no paywalls.
Make a one-time donation today for as little as $1.