Doing Good: The Best of The Week 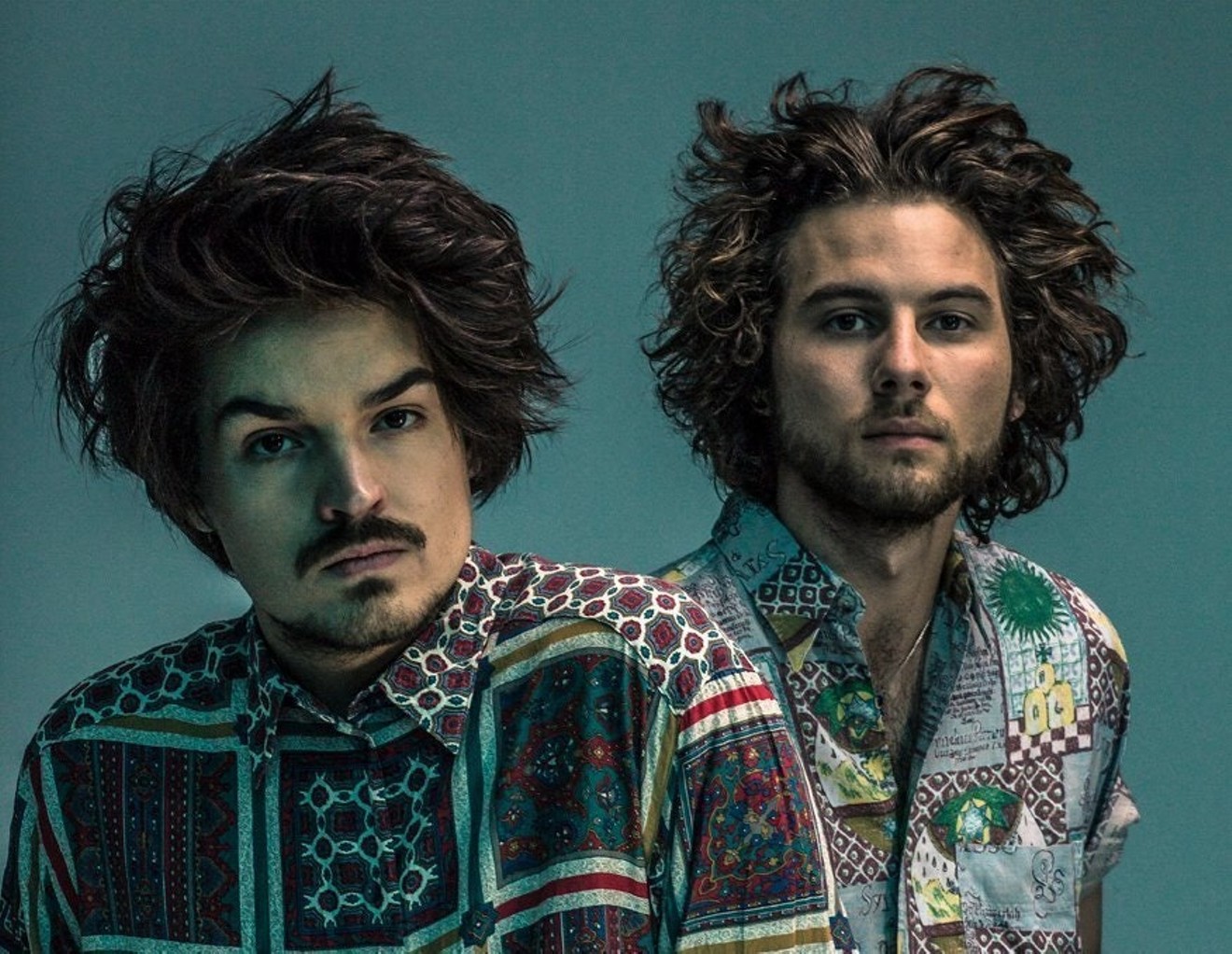 The year is going strong so far, and this week is no different. Sets from touring acts like Milky Chance, Duel, and Dirty Fences will all be here while locals like Mojave Red, Pyreship, Killer Hearts and more will fill in the spaces between.

Thursday you can start off with The PM Show over at Rudyard's. A very intriguing concept, poetry mixed with music should make for an interesting show in the least. Four poets intermingled with four musicians, one of which will be Nick Gaitan, all performing new and original material on the 21 & up evening. Doors at 6:30 p.m.; tickets $10 to $15.

Of course, Nashville's The Winter Sounds will be over at White Oak Music Hall upstairs. There's something pretty engaging about the indie dance pop that this four piece makes, and their latest drop Freebird from 2016 is pretty catchy. The indie pop of New Orleans' Skelatin will be on as direct support while the instrumental sounds of Houston's Den Mother will either headline or open the all ages show. Doors at 8 p.m.; tickets $5 to $7.

Duel will bring metal craziness to Walter's.
Photo Courtesy of Heavy Psych Sounds Records
Walter's will host a true barn burner when Duel brings their psych metal to town. The Austin four piece has been called everything from hypnotic to intense, and last year's Witchbanger showcased how epic they can be. The metal tinged heaviness of Austin's Destroyer of Light will be on as direct support while Forming The Void will go on prior. The crazed and riff heavy sounds of Houston's Pyreship will open the all ages show. Doors at 9 p.m.; tickets $10.

On Friday you might consider starting with the emo infused indie rock of Oklahoma's Fossil Youth over at Walter's. This four piece makes catchy music in the vein of bands like Modern Baseball and Pinegrove, and their latest release A Glimpse of Self Joy sounds like you should check them out. The alt intertwined indie rock of Massachusetts' Born Without Bones will be on as direct support while Dallas' The Happy Alright will get the all ages show started. Doors at 6 p.m.; tickets $10.

Nick Gaitan will be on as a duo set with Bart Maloney.
Photo by Edna J
At The Heights Theater, Michigan born soul legend Bettye LaVette will bring her soulful voice to the all in attendance. LaVette has been going sing the early '60s, her latest release from 2015 Worthy is pretty amazing, and scientifically speaking this could be your last chance to catch her. Nick Gaitan will open the all ages show with Bart Maloney on steel guitar and dobro. Doors at 7 p.m.; tickets $22.

You could make it over to House of Blues for the infectious folk pop of Germany's Milky Chance. This two piece is getting bigger by the moment, and their live shows are rumored to be a blast to witness while they jam their latest album Blossom from last year. Scotland's Lewis Capaldi will bring his singer songwriter vibes on as direct support and opener for the all ages show. Doors at 7 p.m.; tickets $35 to $55.

Paper Gliders aim to make their presence known.
Photo by Jean Velez
Upstairs at White Oak Music Hall, new Houston group Paper Gliders will bring their intriguing sounds back to perform. Kind of indie rock infused with soul, this six piece is a band you need to keep an eye on. The proggy sounds of Rogues Among Us will be on as direct support while the danceable synth pop of Camera Cult will go on beforehand. The rarely seen pop rock of WellWell will open the all ages show. Doors at 8 p.m.; tickets Free for adults, $5 for minors.

Rudyard's has the '70s-influenced stoner rock of Portland's Black Pussy. Known more for their name than their music, I can say as someone who's caught them before that they're pretty solid live and their latest album Power is what this band is, pothead hippies making throwback rock. Houston's Funeral Horse will bring their energy on as direct support while the energetic doom of Doomstress will open the 21 & up show. Doors at 9 p.m.; tickets $12.

Buck Gooter is well known for a crazed and intense live show.
Photo by Paul Sommers
Notsuoh will have the insane blues mingled sounds of Virginia's Buck Gooter. This two piece is energy heavy, their live shows are supposed to be insane, and their latest album 100 Bells from last year is a trip. The screamy electronica of Philadelphia's Morgan Garrett will play prior as support while the insane punk of Cop Warmth will add to the bill. Denton's Sexual Jeremy will get things started. Doors at 9 p.m.; Free.

Motion Potion, featuring members of Flower Graves, Giant Kitty and more will play their first show at Big Top. Considering whose in this band, their sixties inspired sound should be pretty epic to say the least. The soulful jams of Swimwear Department will go on prior while the DJ spins of Shakin' All Over will get the 21 & up Toga party started. Doors at 9 p.m.; tickets Free with Toga or $5 without.

Stereo Live will host the legendary DJ sounds of Paul Oakenfold. Performing his Spectrum show, the legendary DJ will bring his British house sounds to all in attendance, and should be worth catching for anyone who wants to get down at the 18 & up show. Doors at 10 p.m.; tickets $10 to $20.

Spit Mask is like watching your dreams crush you in person.
Photo by Ismael Quintanilla III
On Saturday you might want to start off at Vinal Edge for a performance from industrial noise artist JT Whitfield. Whitfield makes intriguing an dark electronic sounds that should echo throughout the shop like tremors from a synthesized earthquake. The industrial insanity of Houston's Spit Mask will go on prior, while a DJ set from Future Blondes will get things started at the all ages event. Doors at 7 p.m.; tickets Free.

Upstairs at White Oak Music Hall, the Open Source crew will have another show. This version, featuring a headlining set from Boston's Radical One, should get lit quick while he drops South American jams. Performances from 9th Sage, Hiram, and more will all be on hand for the all ages show. Doors at 7 p.m.; tickets $8 to $10.

At Dan Electro's, the Texas Mod Crushers will celebrate their 6th year as a band by headlining the legendary room. Now lead by Mel Hell, the band blends mod and garage rock with ease on tracks like "My Baby's Gone To Jesus." The Velostacks will go on prior while Johnny Rioux and the 713 will go on beforehand. Thrill will get the 21 & up show started. Doors at 7 p.m.; tickets TBD.

Killer Hearts shred enough to place your beer in the air every time they perform.
Photo by Jason Smith
Walter's will host the rock n' roll craziness of New York's Dirty Fences. These guys play street level rock infused with punk, and make the kind of music The Strokes wished they could create as authentically. Their latest drop, last year's Goodbye Love should make you want to get your best worn Chucks and leather jacket on. Austin's Trouble Boys will be on as direct support while the rock of The Genzales will go on prior. Houston's Killer Hearts will bring their sleaze rock on as well while the all ages show will get opened up by ImposterBoys. Doors at 8 p.m.; tickets TBD.

Over at Rudyard's, the bluesy psych jams of Houston's Mojave Red will headline the Montrose room. Now with added keys and the single from last year "Fading Out," this four piece could be unstoppable. The garage infused sounds of Austin's Soaked will be on as direct support while the psych sounds of Austin's Teevee will be on prior. The spacey sounds of Austin's Goldbloom will open the 21 & up show. Doors at 8 p.m.; tickets $8.

Continental Club will host the soulful sounds of Houston's Nathan Quick. On the heels of his latest release The Other Side, Quick is proving why he's such a hot commodity faster than most and his live sets are always a mix of energy and bluesy jams. The gospel rock of Houston's Los Vertigos will get the 21 & up show started. Doors at 9 p.m.; tickets $10.

Corrosion of Conformity will melt faces at House of Blues.
Photo by Dean Karr
On Monday, Black Label Society will make their way back to town at House of Blues. No matter what you think of Zakk Wylde and crew, these guys know how to bring it when they perform and their latest release Grimmest Hits due in late January should make this a solid set. Of course, I'd hope you'd be attending to catch the metal intensity of Corrosion of Conformity who are on as direct support. Going hard since the eighties, these guys are not to be missed. The all ages show will get opened up by Eyehategod. Doors at 6:30 p.m.; tickets $30 to $69.50.

Tuesday at Walter's, North Carolina duo Naked Naps will bring their emo tinged indie rock to town. Here supporting their latest release Year of The Chump, these two make music that sounds as intriguing as it does fun. The lo-fi indie rock of Houston's Cancer Kittens will be on as direct support while the punk of ImposterBoys will open the all ages show. Doors at 8 p.m.; tickets $10.

Motion Hotel will bring good times and good vibes to Notsuoh.
Photo by ParasenthesisX
Notsuoh will host the indie sounds of Scubadiver over to headline a set. Sounding like if Rainer Maria and Manchester Orchestra formed a band together, their latest drop "Phil" is pretty grand and hard not to like. The fuzzy pop of Milwaukee's Faux Fiction will be on as direct support while the indie folk of Motion Hotel will get the 21 & up show started. Doors at 8 p.m.; Free.

That's about it for what's worth catching around town. Remember that your best bet for everyone else to have a good time is to drink like an adult and use an app to get home if you've had too much.