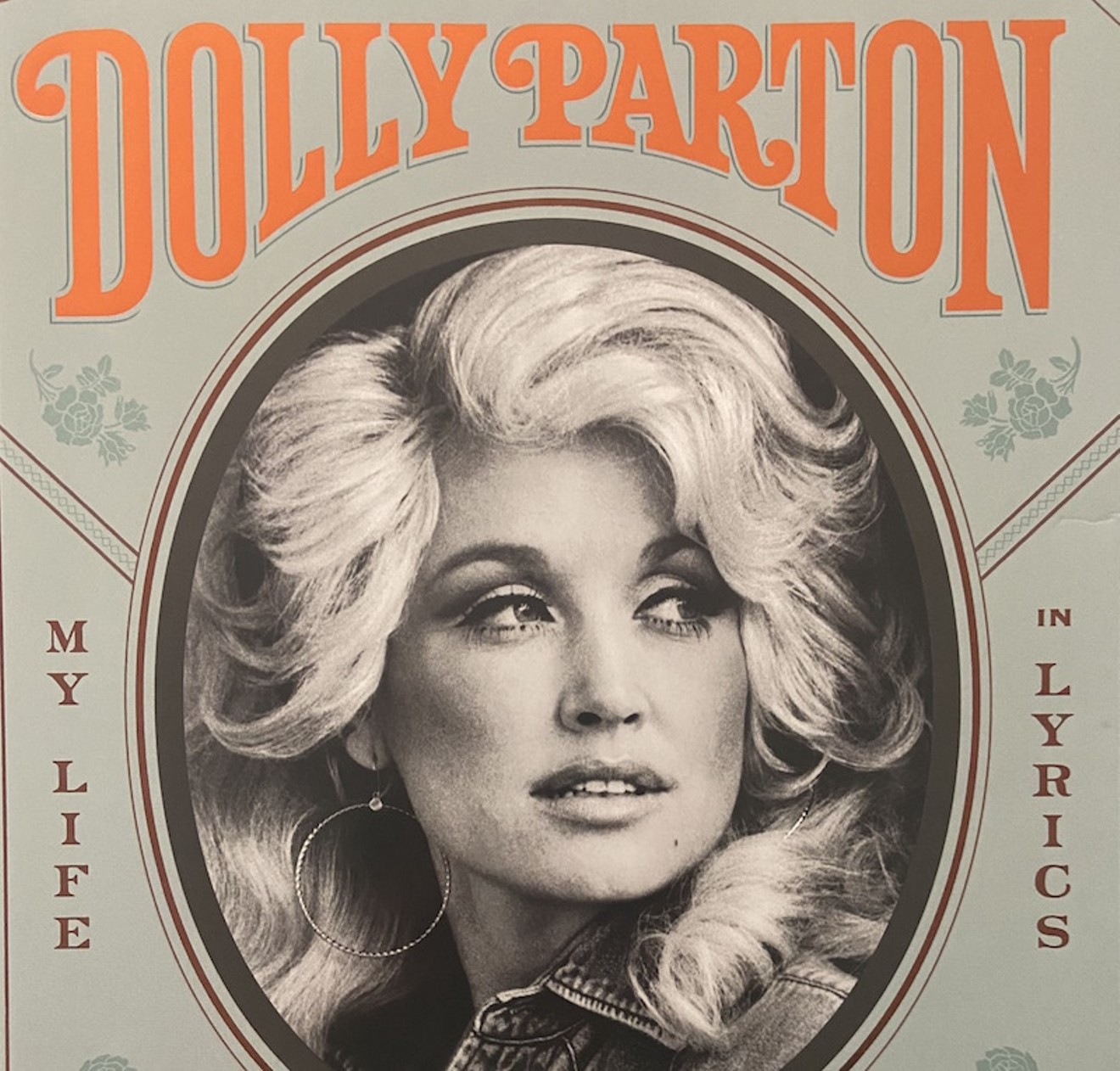 Parton only learned that her donation helped the development of the vaccine to its present stage when the rest of the world read her name.

As the year comes to an end, Parton has been as busy as ever with multiple projects. She recently released A Holly Dolly Christmas, her first Christmas album in 30 years, premiered her new Netflix Christmas movie, Christmas On The Square and released her latest book Dolly Parton, Songteller: My Life In Lyrics.

Songteller is just like Parton, large, complete and beautiful inside and out. The coffee table book would make a wonderful gift for any Parton fan, and as she’s proven a million times over everyone is a Dolly Parton Fan.

Her last tour was in 2016 with the Pure And Simple Tour which took place right before the elections that year and during a time when the country’s divide was becoming more evident every day. At her stop in Houston at the NRG arena, Parton joked between songs that maybe she should run for president as members of the sold out and incredibly diverse crowd that night smiled and laughed.

In Songteller, Parton tells the stories behind 175 of her thousands of songs and includes personal photographs of her life and the real inspiration behind pieces of each story. She explains the title herself in the introduction to the book, “It’s just who I am. I am a ‘songteller.’”

Parton is loved for a myriad of reasons; her bubbly personality and physical beauty, her musical talents and endless contributions to others through her Dollywood Foundation which focuses on her Imagination Library, providing books to children all over the United States and Mountain Tough which provides resources to families affected by COVID-19 in her hometown of Sevier County.

Following the 2016 Gatlinburg fires that left many parts of Tennessee damaged, including her hometown, Parton and her Dollywood Foundation set up a fund to provide a thousand dollars a month to 900 families for over six months.

Her larger than life appearance and personality can often distract from her real core of herself, her immeasurable talent as a songwriter and depth as a storyteller. Songteller takes readers on a trip through the timeline of her life, complete with successes and disappointments with each story tied to a song paired with stunning photographs of Parton.

It's interesting to read firsthand which songs Parton holds dearest and in highest regards and how they stack up in terms of commercial success for her or other artists.  She points out songs that she has deliberately re-recorded throughout her career and others that she wishes other artists would give a different voice to.

The songs featured are not always in chronological order, but instead weave throughout the major influences in her life. Beginning in her impoverished childhood in the Smoky Mountains of East Tennessee, Parton describes how as a toddler she would place a tin can on a stick and use it as a microphone to sing her stories and entertain her large family, as they had nothing else to rely on for entertainment except a battery powered radio.

At age six Parton wrote her first song, “Little Tiny Tasseltop”, on her homemade guitar. The cute little rhyming ode to her handmade corn cob doll was never recorded for an album but it symbolizes the beginning of Parton’s songwriting flair and was directly influenced by her mother’s story telling ability which Parton still incorporated into her performances to this day.

“Mama singing all those old-timey mountain songs was just embedded in my soul, in my psyche. I call it my ‘Smokey Mountain DNA,’” says Parton in Songteller.


“Mama singing all those old-timey mountain songs was just embedded in my soul, in my psyche. I call it my ‘Smokey Mountain DNA.'"


Throughout Songteller there are many constants in Parton’s behind the scenes stories. Though Parton does not endorse the practice of one religion, she frequently credits her relationship with God for providing her with the talent and at times words to tell her stories describing it as her “God space.”

Throughout the book she describes how her conversations with God through her times of joy and heartache helped her to push forward and stay inspired at times feeling as though he was writing through her.

Though Parton will be 75 next January, her biggest influence was and always will be her humble Smokey Mountain roots and her large family which provided her with an amazing amount of support, love and strength that she holds onto to this day. Many of her band members and co-writers are also family members.

In Songteller Parton describes how her mother’s side of the family instilled in her a love of music and showmanship through their Evangelical church upbringing. All of her maternal uncles helped her in her music career one way or another and her Grandpa Jake inspired “Daddy Was An Old Time Preacher” which she wrote with one of her aunt Dorothy Jo and later went on to hit No. 7 on the charts as a duet with Porter Wagner.

“Daddy’s Working Boots” and “In The Good Old Days (When Times Were Bad)” are some of the many songs Parton wrote about her fathers hard work ethic and their happy yet impoverished life with their twelve children. It was her father and his struggles and shame from being illiterate that pushed her to start her Imagination Library.


Parton is never shy about explaining in detail just how poor her family was with long, cold winters where the only warmth came from a younger sibling wetting the bed at night. She also touches on the issues that go hand in hand with poverty including alcoholism and prostitution which serve as influences for many of her songs throughout the years.

Though she is open about many things, Parton leaves some lines of her songs open to interpretation simply saying that parts of songs are true. Parton credits her impressive imagination as simply a reflection of her trying to paint a picture or replicate a movie-like story in less than three minutes using words that rhyme.

It would be impossible for Parton to tell her story without mentioning that she is a woman and not only a woman, but a beautiful and buxom woman who has been approached by and perceived by many initially as nothing more than a pretty face.

Parton describes her working relationship and friendship with Porter Wagoner that helped launch her into the spotlight but ultimately became an oppressive relationship that she had to break away from and inspiring “I Will Always Love You”, a song which brought her fame many times over. Elvis even asked her for the rights to the song once but she said she could not part with it as her songs as her children and she knew this one would be important.

Despite their differences and legal battles later on in life, Parton is always appreciative of Wagoner’s influence on her life and career and she describes his influence in so many of her songs that brought her fame.

Their relationship only proved to her further the importance in being in control of her career and art. She breaks down her initial desire to own the publishing rights to her songs and her eventual success in doing so stating that she knew early on that this would be a defining career move and pivotal way to maintain control of her vision, especially as a woman in a man's world.

Many of Parton’s subject matters in song and duets throughout the years combined with her sexy image led others to believe that she was a promiscuous woman. In Songteller, Parton acknowledges others' perception of her while admitting that she strived early on to look like someone 'out of a Frederick’s of Hollywood catalog' and like Will Rogers, 'never met a man she didn’t like.'”

Ultimately, she does not confirm nor deny any reports of affairs during her career simply stating she is neither a serious sinner nor a saint and that she can draw just as much inspiration from others as if she had lived those stories first hand. As a songwriter, Parton is never afraid to tackle any subject or inspiration but as a person, she likes to leave a little mystery.

Often when reading the backstory to seemingly suggestive songs like “The Bargain Store” Parton’s childlike innocence comes to light as she describes not intending to be vulgar or suggestive as disk jockeys and audiences of the time sometimes perceived her to be.

Parton rarely discusses her personal life and marriage to Carl Dean, a man who has successfully avoided the spotlight while supporting Parton throughout her career, but in Storyteller she includes some personal photos and stories of the two and his role in her career.

Parton doesn’t only focus on her relationships with men, but also the women in her life who have lifted her up and helped her along the way. She describes how Jane Fonda urged her to act in their hit movie Nine To Five which she wrote the title track for the soundtrack to on her acrylic nails during a break in filming.

Storyteller moves through decades full of meaningful friendships and projects including a surprising stop at Studio 54 with Andy Warhol and touching tributes to all of The Highwaymen.  Parton takes readers right up until the current day encouraging others to wear masks and be kind to one another. The book ends with Parton describing a secret song she has locked in a chestnut-wood box at her Dollywood DreamMore Resort.

The song will remain locked up for another 25 years and Parton plans to be there when they open it up saying, “I don’t know if I want to live to be 100 or not. But you never know. I might and if I do, I'm going to be at that opening.” The world is no doubt a better place because of Dolly Parton and here’s to hoping she lives to see that secret song played and beyond.

Dolly Parton, Songteller: My Life In Lyrics is available now on Chronicle books, Hardcover, 380 pages, $50
KEEP THE HOUSTON PRESS FREE... Since we started the Houston Press, it has been defined as the free, independent voice of Houston, and we'd like to keep it that way. With local media under siege, it's more important than ever for us to rally support behind funding our local journalism. You can help by participating in our "I Support" program, allowing us to keep offering readers access to our incisive coverage of local news, food and culture with no paywalls.
Make a one-time donation today for as little as $1.