"Baby, It's Cold Outside" Selections from The Marvelous Mrs. Maisel 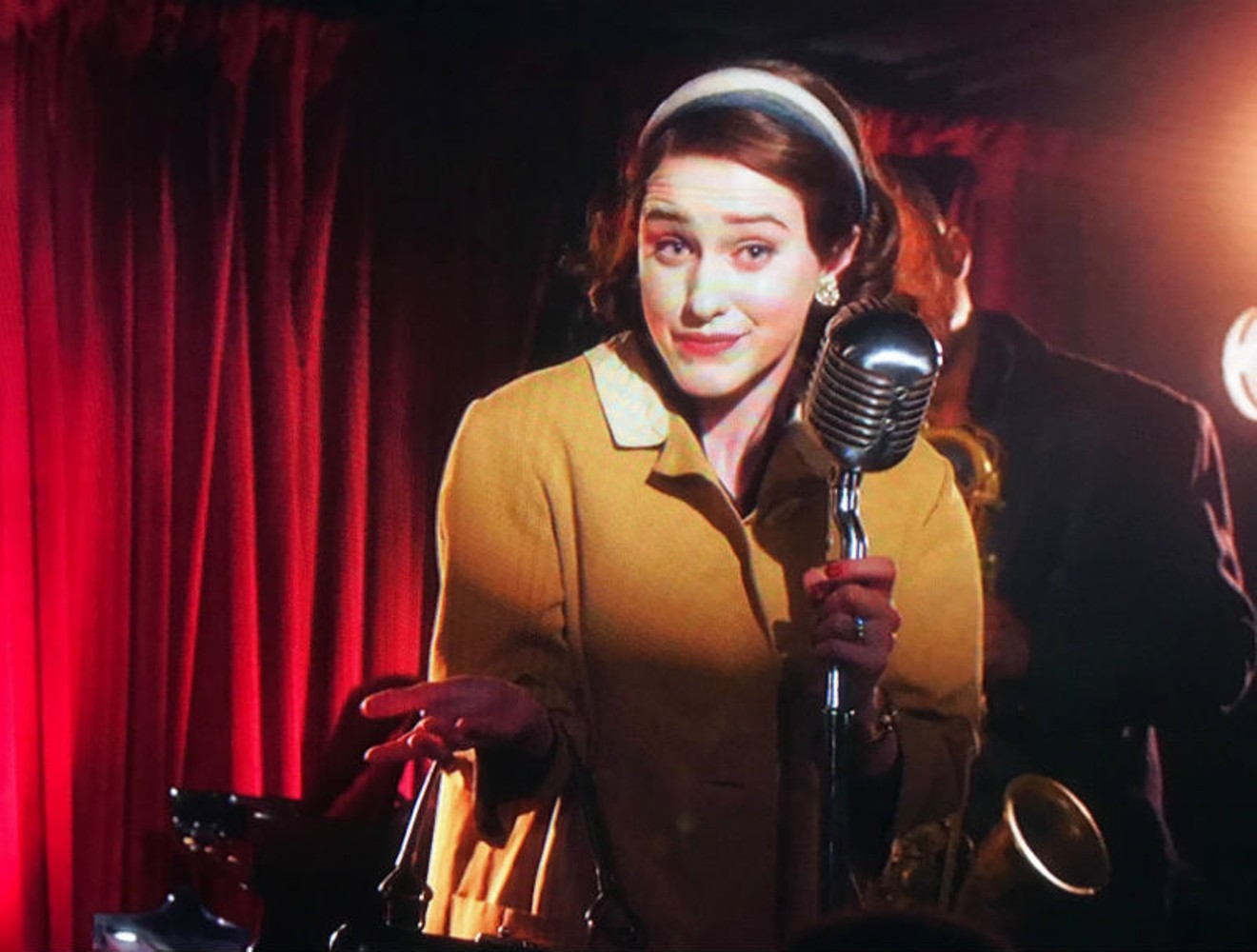 There's been all kinds of buzz lately about "Baby, It's Cold Outside," a 75-year-old song. The song’s lyrics are viewed as either sexist and promoting rape culture or harmless and quaint, depending on who’s addressing them these days. The examination of pre-boomer art from the perspective of the current American social climate has been fascinating to watch.

The Marvelous Mrs. Maisel is also a fascinating watch. The Emmy-winning Amazon Prime series returned with its full second season last week and has been properly binged by rabid fans by now. For those who haven’t tuned in yet, the series focuses on an upstart female stand-up comic and the challenges (and triumphs) she encounters as she pursues her career in the late 1950s.

The series is also filled with interesting music from the era, some beloved songs and some more obscure. Being showcased in a wildly popular modern-day TV series makes them all prone to further inspection. Decades of social change have gone by since they were written. So, how have they held up?

Remember that song from a few years ago called “All About That Bass,” by Meghan Trainor? Can you recall how it was controversial for whether it was body-positive or body-shaming? Well, give “Chicken Fat” a listen. The song is sung by the late actor Robert Preston and is heard in the new season of Mrs. Maisel. The series takes liberties with the passage of time to use it for a scene set in 1958, though the song wasn’t actually written until 1962.

The music is played while a character does calisthenics (what fitness buffs once called a workout, in case you’re not familiar with the term). It features lyrics like “Once more on the rise, nuts to the flabby guys!” and the chorus “Give that chicken fat back to the chicken and don't be chicken again.”

Would the song would be lambasted today? We now know how words can impact one’s body image, particularly when they’re passed by parents or bullies on to impressionable kids. When “Chicken Fat” was written it was at the behest of the U.S. president for his Council on Physical Fitness. This was the theme song for John F. Kennedy’s youth fitness program. The question is did it help encourage better health or spark eating disorders for scores of baby boomers to come?


“I Enjoy Being a Girl,” Peggy Lee

The song is ingeniously used in a scene where the series’ protagonist, Miriam “Midge” Maisel, walks to the department store, a place where the ultimate 1950s career objective for a woman of her intelligence and wit is to land a job selling cosmetics at the beauty counter. Practically every stanza of the song contains a line that draws a line between a woman’s appearance and self-worth. There’s lot here about being “curvy,” having teeth like pearls, wearing something frilly.

The song does have a moment of self-awareness right toward the end. “When I hear a complementary whistle, that greets my bikini by the sea, I turn and I glower and I gristle,” sings Peggy Lee, before returning to her final conclusion, “but I'm happy to know the whistle’s meant for me.”


“Rum and Coca-Cola,” The Andrews Sisters

Music writer Chuck Eddy took on the problematic aspects of this Andrews Sisters hit in his book, Terminated for Reasons of Taste: Other Ways to Hear Essential and Inessential Music. The most noticeable issue is in 1945 three white women from Minnesota could have a huge hit on the radio while affecting Trinidadian accents. Is this something that could fly today? If not, why are we hearing the song in a present day television series? Wasn’t there another song from that era to possibly select to suit the mood of the scene?

Eddy discusses the song’s ethnic stereotypes, which aren’t just heard in the Sisters’ voices but in the lyrics, which smack of colonialism, according to Eddy, and carry on over how “both mother and daughter” are “working for the Yankee dollar” by helping American soldiers “celebrate” their military leaves. What do today’s advocates of sex workers think of the song’s veiled references?

This song sounds whimsical, but could also be seen as a portrait of devastatingly low self-esteem. Belafonte sings repeatedly about being ugly and disrespected by his own children. It’s an interesting tune to consider in an era where we encourage open discussion about depression and bullying. In the very least it has some things to say about beauty standards and how we allow them to affect us emotionally.

There are also some lines in the song about telling kids to “shut up” and threatening them with the belt to discipline them.


“Scrapple From The Apple,” Charlie Parker

There’s not much to harrumph about here because the song contains no lyrics. It’s a tune by Charlie Parker, a legendary jazz saxophonist. It’s bebop by a master and is from a genre that is arguably on its death bed. When “Bird” composed it in 1948, jazz was the predominant popular music genre in the country. A lot has changed in 70 years.

In the series, you hear this song when Mrs. Maisel arrives at a night club to see Lenny Bruce perform. Bruce was a comedy innovator and satirist who went to jail repeatedly for breaking the obscenity laws of the day. His outspokenness and robust exercise of his First Amendment rights paved the way for comics like George Carlin, Richard Pryor and Bill Hicks. It’d be intriguing to hear Bruce’s take today on the “Baby, It’s Cold Outside” debate.
KEEP THE HOUSTON PRESS FREE... Since we started the Houston Press, it has been defined as the free, independent voice of Houston, and we'd like to keep it that way. With local media under siege, it's more important than ever for us to rally support behind funding our local journalism. You can help by participating in our "I Support" program, allowing us to keep offering readers access to our incisive coverage of local news, food and culture with no paywalls.
Make a one-time donation today for as little as $1.