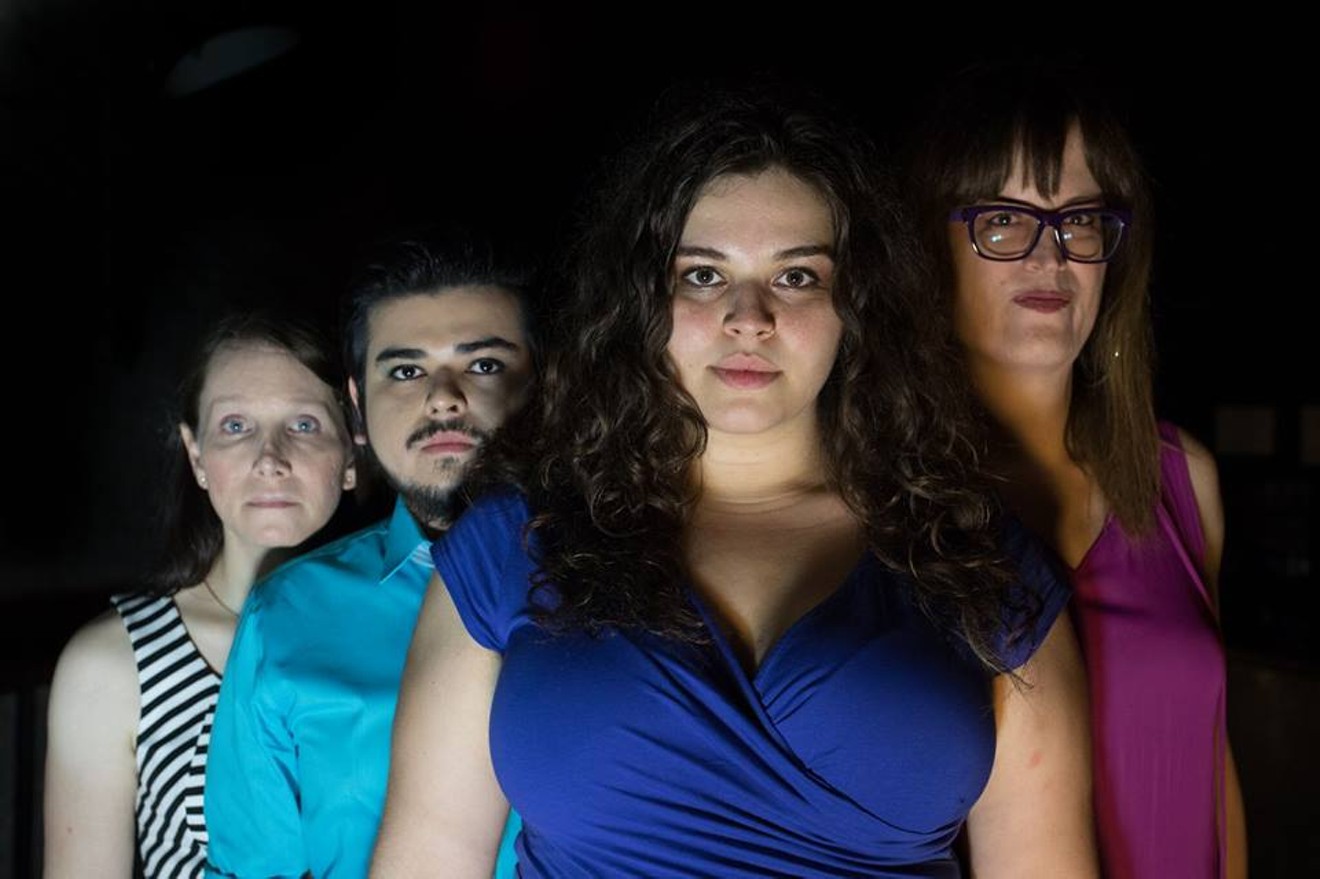 Punk music has changed a lot since its inception 40 years ago. If you're a definitive punk band, you're bound to change with each and every release, while hopefully growing your sound in the process. That seems to be what Houston's Giant Kitty is up to with their second release Rampage. The band still exhibits plenty of punk leanings while growing their sound to something that's more diverse and dare I say, grown up. Complete with features from Kelly Hogan and Fat Tony, the album produced by Ruben Jimenez also known as DJ Baby Roo, showcases how far the band has come since their debut release.

Since album reviews are about honesty, I should note that while I've always liked the energy of this four piece, I really wasn't too fond of their debut release. However, that had little to do with the band and more to do with its production, which isn't the case here at all. The way this album is paced, it's a louder and stronger sound from start to finish.

Opening with a skit from Kelly Hogan, the album quickly heads into the first track "You Suck" with the intensity and fevered strength you'd hope for with a song carrying that title. The vocals come across with the strength that you've come to expect from the band at their live performances, while they aren't as abrasive as they were on the band's debut release. The backing group vocals on the chorus are an added bonus, but the guitar tone and snappy drums are the clear winners here as the band seems to keep their potency while cleaning up the tone in the process.

This continues on the second track, "Pretty Little" where the howl of the guitar that opens things up gets met with a thuddy bass line and crisp drum sound. The sound is more of a straight rock vibe, with these little hooks that hop in and out of the song. There's a notable harmonic shift on the guitar that shouldn't go unnoticed, though it steers from the hair metal harmonics of the eighties.


While the four piece doesn't mind mixing things up by adding synths to the third track "Asking," it's the sixth track or fourth song, "Et2YT" that really sticks out here. The song mixes the snappy stride of their earlier work and culminates it with a better production to give listeners a true standout track. There's a power struggle sometimes between singers and the band that can exist where it feels like the two will never find meeting ground, however that's not the case here by any means.

On "328," the band embodies a bit of an L7 vibe with an almost metal sounding guitar that kicks things off. However that gamble pays off and actually keeps a bit of the punk vibes the band made part of their sound in their earlier works. Distorted vocals that come in add a nice touch, though it's Miriam K's vocals on their own that have the most weight. This followed up by the pop punk infused and catchy sounds of "Geo Metro," where the band still holds on to their earlier works, yet the focus here seems to be more balanced. Sing song vocals, traffic sound effects, and a step that works from start to finish; the song will definitely stay in your head after one listen.

Following a skit featuring Fat Tony and Kelly Hogan, the band keeps things going with the darker notes of "Barf City" while addressing gentrification before dropping another stand out with "Disorder Girl." Falling under three minutes, the band seems to be putting their best feet forward when they use the strengths and range of K's vocals. Leaving behind the shouted elements and allowing a harmony from her lips plays well and pays off here while the band adds little notes that give the overall sound a noteworthy feel.  Several tracks later the band gets a little funky on "Chemtrails," opening with a funk inspired bass before adding a wah wah pedaled guitar to mix things up.

Giant kitty embraces a fuller sound om "Rampage."
Artwork courtesy of Roologic Records
The band keeps things punky on "Benadryl" before closing the album out with the more funk opening of "Like Girls Do." While the bass stays on the song, things quickly change direction and have a more ominous tone. There's  a mix of soft vocals with harsh guitar and succinct drums that make the track go further than most songs that close off albums. The production of the song gives it a different element than you may be expecting, but it works in the best possible way.

The end opinion is that this a a stronger representation of the band than their debut. With better tone and production qualities, and stronger, more focused songwriting, Giant Kitty proves that punk bands can grow without completely ditching their roots.  You can stream Rampage on all digital places, as well as purchase digital versions in those places as well. You can also pick up a vinyl from the band when they perform in person at Cactus on Saturday February 3. The all ages in-store performance will also have gratis drinks for the adults. Doors at 3 p.m.; Free.