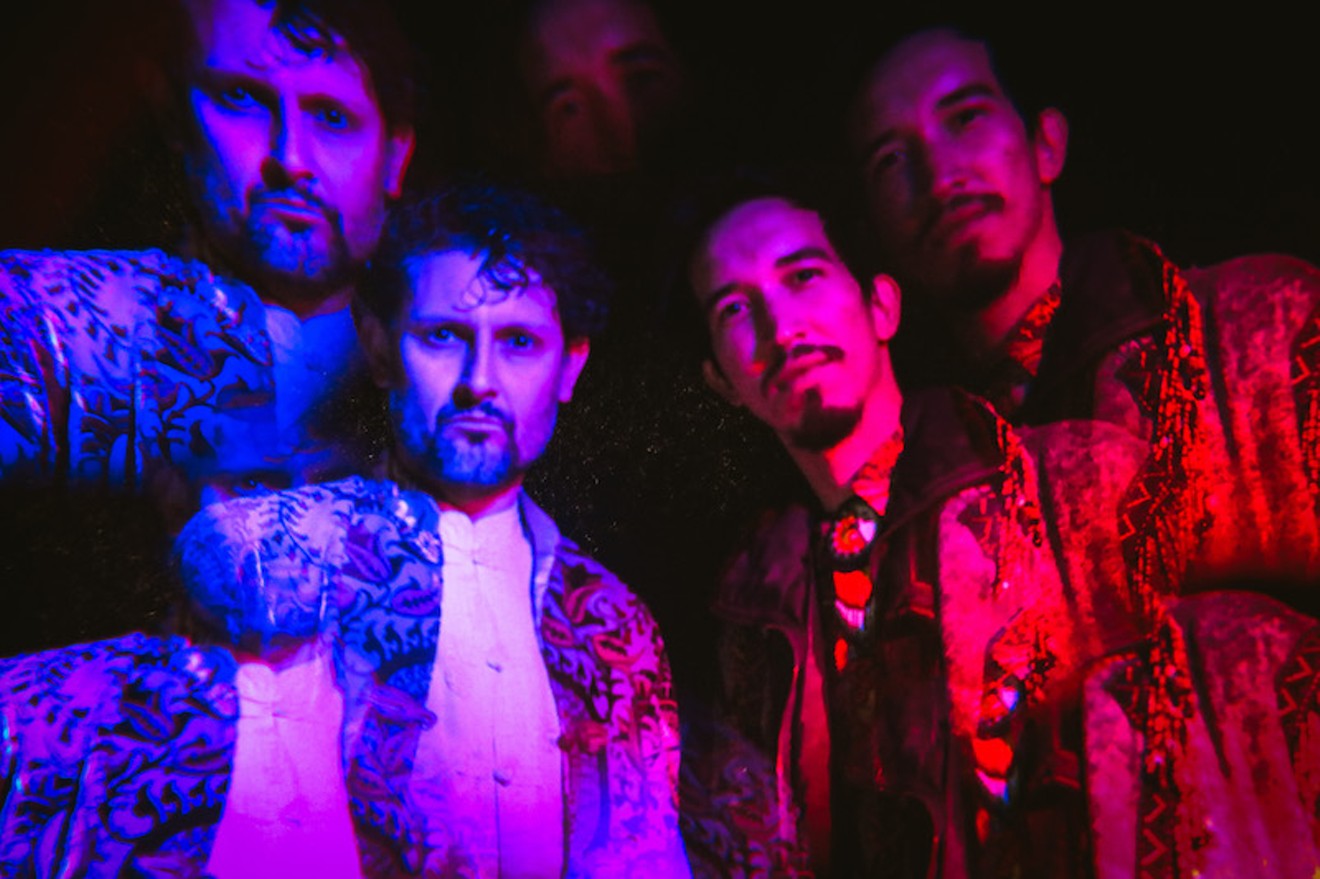 Photo By Karo Cantu
In terms of diversity, Houston has nothing to prove but for anyone looking for an example of the city’s ability to represent culturally, look no further than the energetic duo Gio Chamba.

Gio Chamba and his percussionist Coffee Leaf have been drawing in Houston crowds for the past five years and consistently infecting their audiences with their Latin based grooves with a modern and rock and roll flair.

This year the group has been busy releasing singles, one a month since the year started, allowing fans to enjoy new music at home. Gio Chamba had previously collaborated with Principe Q who is Svani Quintanilla, nephew to the Queen of Tejano, Selena Quintanilla.

Principe Q is credited with creating the Screwmbia sound, taking a page from Houston’s DJ Screw and slowing down classic cumbia rhythms creating a whole new feel to the more traditional genre.

Before Principe Q relocated back to Corpus Christi, the three artists had been part of a project under the name Trippy Cholo. The group recorded many songs that never made it to a finished album before they disbanded as members moved away from Houston.

Gio Chamba has always given these songs a home during live sets, but this year they are setting them free as singles. Partnering with Lennon MX, a label out of Mexico, the duo has released eight singles available for streaming and purchase online.

“It’s an interesting time and it is a good time,” says Coffee Leaf. “It’s interesting that we are in this weird kind of place with everybody but it's also good to know that creatives are still creating and doing wonderful things for people, no matter whether we can perform or not.”

“We were super excited at the beginning of the year,” says Chamba. “We actually had a plan to go to Mexico City in April and play our first show out there. We were planning the releases as shows and traveling opportunities were popping up but now that the lock-down has happened, we are still going to release them so people can vibe to them at their own time in their own house and then get pumped for a show whenever that happens.”

One of this year's releases was “SurNorte” which Chamba describes as originally having the slow Screwmbia sound that Principe Q is known for, but true to form Gio Chamba and Coffee Leaf shot it with a dose of higher energy.

Chamba made the music video himself using juxtaposition of footage of himself in Colorado and of Leaf in empty downtown streets to convey the message of the song whose lyrics play out like a Spanish riddle for listeners.

“The idea comes from basically being confused. Someone is giving you mixed signals so you're really in love with this person, but that person doesn't really give you that security that you feel like you need,” says Chamba. “You’re thinking you're up North, and they are down South and then you go down South, and they're out West so you never meet up in the same place.”

Chamba and Leaf give the impression of a real life yin-yang. The two artists share a love for music and obviously connect on stage and off, but each member brings their own twist to their sound providing different levels of intensity.

Leaf is a non stop drumming machine, seeing him perform live is exhilarating and exhausting at the same time. Leaf credits his high energy and focus on his studies of Kung-Fu and the lessons learned from his master. This year he released his solo EP, “The Tao of Café” blending Latino and Chinese musical influences.

Like his bandmate, Chamba never lacks energy but provides a much more laid back and psychedelic vibe in his guitar playing and stream of consciousness style of singing, in English and Spanish.

The two met after many years of hearing about one another in the local music scene. “I started on my own,” says Chamba. “I was doing all the work and trying to be as much energy for one person. Coffee came and it was like, hell yeah he's got the energy!”

Coffee went from a full kit drummer to playing congas at their live shows. “He is insane, a true performer. He plays like a punk rocker almost, so much energy and it's something that nobody has really seen before.”

The two grew up in different parts of Houston but had a shared experience of being first generation Americans with Latino backgrounds, Leaf’s father is Colombian and Chamba’s family is from Mexico.  In their youth, both had to navigate the complicated experience of exploring their Latino roots while embracing more American influences, at times making them “too white” for Latinos and “too Latino” to be white.

“We were into more American things but then you get the whole Latino culture at home so you feel like you're both but as your growing up you start developing your own personality,” says Chamba. “We've just been mixing both of them together for so long that now it’s just natural to be able to put it in the music.”


“We've just been mixing both of them together for so long that now it’s just natural to be able to put it in the music.”

Both artists admit to initially steering away from traditional music in favor of more punk rock sounds but eventually finding a way back to their roots, embracing all cultures and sounds with the overall message of love.

“I think that's what really draws people into what we do. To mix it all up that way, we can get something to every type of person,” says Chamba.

With Lennon MX, Gio Chamba has found the push they needed to find a wider audience. "The artists that they work with are artists that in the similar vibe that we have. They are helping us put our music out and target that audience instead of us doing it through somebody that doesn't specialize in Latin music," says Chamba.

Adding, "Whenever you do Latin music or anything that has to do with Latin music, even if it's not completely Latin music you have elements of all kinds of stuff, you still get categorized in Latin music and in Mexico, its just music."
KEEP THE HOUSTON PRESS FREE... Since we started the Houston Press, it has been defined as the free, independent voice of Houston, and we'd like to keep it that way. With local media under siege, it's more important than ever for us to rally support behind funding our local journalism. You can help by participating in our "I Support" program, allowing us to keep offering readers access to our incisive coverage of local news, food and culture with no paywalls.
Make a one-time donation today for as little as $1.