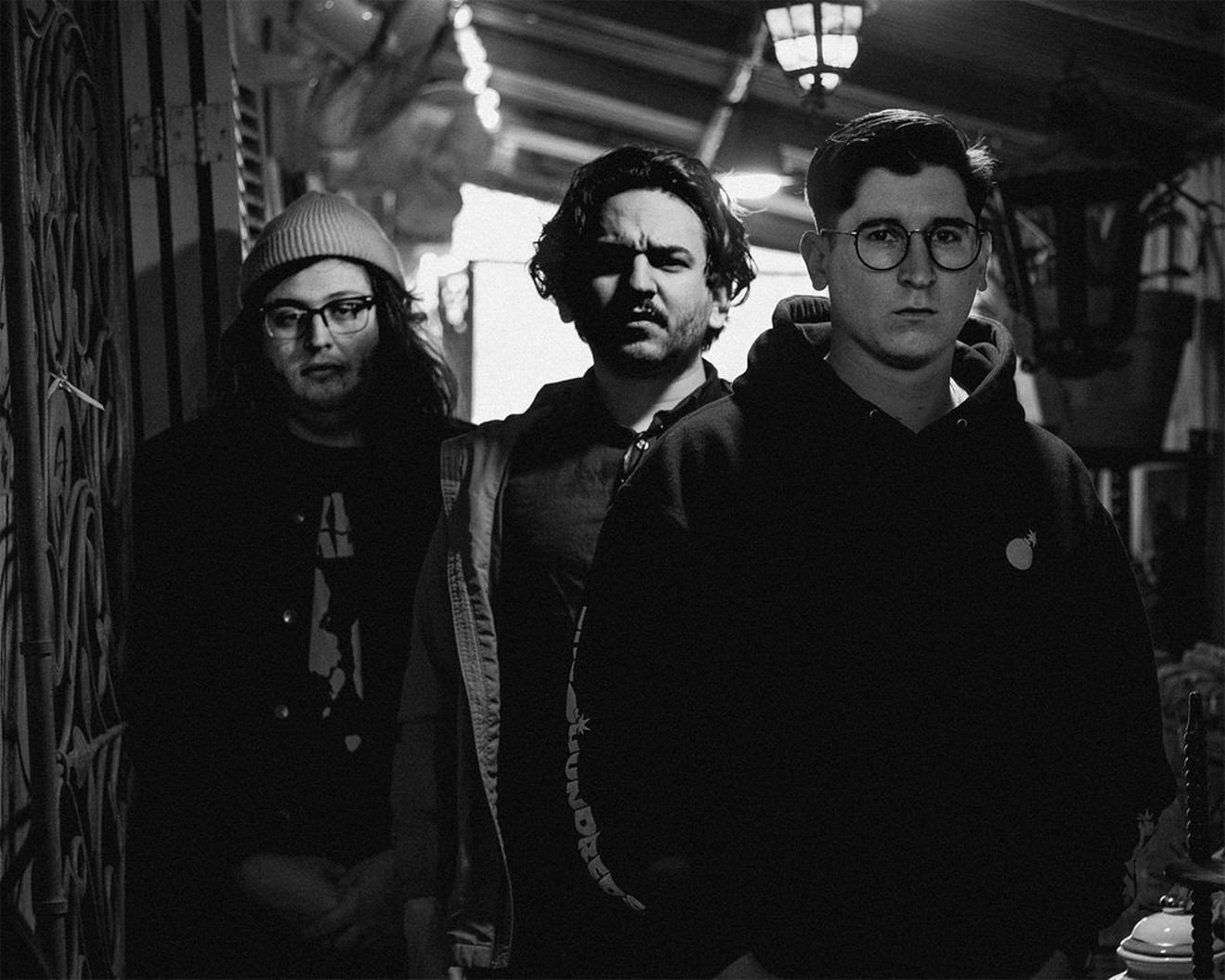 Dark wave trio Sword Collector draw from a variety of influences to create their atmospheric blend of sounds and visuals. Photo by Kyle James McCoy
Forming a band in the early stages of a worldwide quarantine and societal lockdown seems like a daunting task. More so for a trio of friends living in three separate cities, unable to collaborate, record, or perform in person for months. The members of Sword Collector did just that, and released an EP to boot.

"Once we all began living in separate towns, none of us were in bands anymore," says Cooper. "We all wanted to do something and thought, 'why not send some ideas back and forth?' Sooner than later, we were cooking and Sword Collector was formed."

The trio's sonic and visual influences are vast. They draw aesthetic inspiration from the horror films of Ari Aster and Robert Eggers, obscure recordings of the occult, and the fantastically eerie paintings of Aaron Weisenfeld. Sonic influences range from the new wave, monotone synthesizing of Depeche Mode to the more contemporary pop punk stylings of AFI. What ensues is an intriguing fusion of 80s inspired dark wave with occult driven, highly artistic visuals.


"I'm fascinated with religious iconography, as well as anything that finds its way into the occult," says Cooper. "It's such a massive well of visual vocabulary"

Their self-titled EP, an 11-minute four-track project, is an atmospheric and surprisingly soothing collage of sound that begs to be replayed. More instrumental than its synth-pop source material, likely due to the band's diverse well of influences.

If recording and mixing during lockdown was a tall order, promoting an EP by a newly formed group proved equally challenging. "I write emails until my fingers get sore," admits McCoy. "We've done traditional media, college radio, Spotify playlists, film festivals, collaborations with dance and fashion students, and whatever inspires us."

The group is currently working on their full-length LP, having recorded the first few songs and currently composing the rest. Recording of what the band is calling a concept album with "sociopolitical subtext" is set to wrap up in July of this year, with singles premiering during the latter half of the year. The album, titled SHRINE, will be released in early 2022.

For more from Sword Collector, find their EP on Spotify, Apple Music, and most streaming platforms. You'll find videos for their singles on YouTube.
KEEP THE HOUSTON PRESS FREE... Since we started the Houston Press, it has been defined as the free, independent voice of Houston, and we'd like to keep it that way. With local media under siege, it's more important than ever for us to rally support behind funding our local journalism. You can help by participating in our "I Support" program, allowing us to keep offering readers access to our incisive coverage of local news, food and culture with no paywalls.
Make a one-time donation today for as little as $1.