Amanda Pascali's "One by One" Proves Worth the Wait 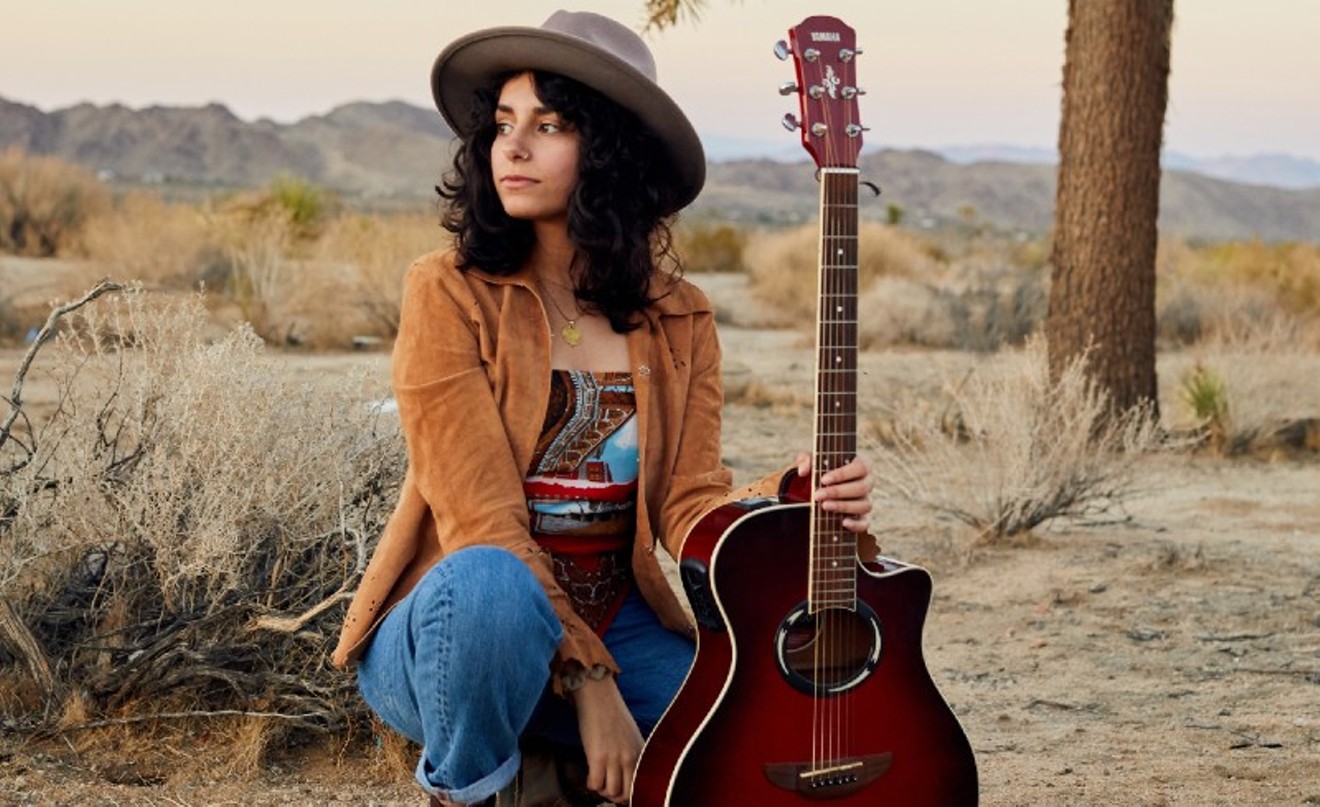 Amanda Pascali Photo by Jessica Castro, courtesy of Amanda Pascali
Amanda Pascali is one of Houston’s most acclaimed and promising young songwriters. But, she said if there’s one thing she could change about what she does it would be to do it faster.

“I take a long time to write songs,” she shared. “I’m one of those people that has ten songs that they’re writing all at the same time because it’s scary to finish something. It’s scary to call something done and I want it to be perfect before I call it done. But then it gets to a certain point where it’s like, okay, the song is done, because if it’s not done now it’s never going to be done.”

Pascali is discussing the process because she’s just released the new single, “One by One.” It's her first newly recorded music since her last album, 2018’s Still It Moves. The song, which she describes as “a tale of migration, hope and sunflowers,” was first conceived in 2017. While it may have taken Pascali years and experiences in three different countries to complete, it could not be timelier.

“I started writing the song in Romania when I was traveling through the countryside on a train with my dad and there were just these huge fields of sunflowers,” she recalled, “and I’ve always thought that that was beautiful and I’d seen them before, but I guess when you look closely at them it’s not just that they’re scattered and all facing different ways - - they’re all facing the same way. It looks like a crowd of people all turned in the same direction.

“Obviously, the sunflowers are turned to face the light because that’s how they grow. I think for humans it’s the same thing. We’re all turning, orienting ourselves to face whatever light or hope there may be for us,” she continued. “I got really inspired by those fields of sunflowers because it is that light that pushed my parents to come to the United States, that pushes many people to make big decisions in their lives, to start new lives. That was just really inspiring to me.”

“After I started writing the song in Romania and then continued to write it when I came home to the U.S., in 2019 I did scientific research in the northernmost settlement in the world. It’s a tiny town in an archipelago, a collection of islands north of Norway. I was there during the summer which is the time when there’s 24 hours of constant daylight because it’s so close to the North Pole.”

She recalled the around-the-clock sunlight and how she sat with her guitar in her lap, gazing out her window at the area’s snowcapped mountains to find the closing line to the song. “Seekers do their seeking in the everlasting sun,” it goes.

That’s the heart of many of Pascali’s songs, the constant reminder that no matter where we come from or where we’re headed, we all are trying to bask in the light of our experiences and not succumb to the darkness. We note that “One by One” has been released the very week Texas made international news with images of border agents on horseback using extreme measures to repel Haitian migrants hoping to feel the sun on U.S. soil.

These matters are critically important to Pascali, an activist for immigrant rights whose mother and father immigrated to the U.S. from Egypt and Romania, respectively. She understands quite well what people risk attempting to join the huddled masses yearning to breathe free.

“You have to be really brave and also at the same time really desperate, so it’s almost like it’s not that you’re necessarily an optimistic person or you have a lot of hope, but if there’s even a glimpse of hope and you’re desperate, that’s the position that a lot if immigrants find themselves in,” she noted. “That’s the direction I’m going in with this song.”

“One by One” is the first single from an untitled EP slated for a spring 2022 release. Pascali said she’s putting the finishing touches on the album. Hers is a signature sound, one we suggest has an Old World feel to it. We ask about contemporary artists she enjoys and are a little surprised to learn she’s a big Billie Eilish fan.

“But I think now I’ve matured to a point where I feel like she’s my little sister or something or the younger version of myself. So, whenever I hear her songs I’m like, yeah, you go girl! And I’m really excited to see how her songwriting matures as she gets older. I am a Billie Eilish fan.”

Pascali discussed her music and the music of female artists she admires
Photo by Jessica Castro, courtesy of Amanda Pascali

“I like a lot of rising female artists. Do you know Sierra Ferrell?” she asks, and we share a few moments geeking out over a terrific artist who just happens to be headed for Houston soon. “I really like her. The first time I heard her I was kind of scared of her. I was kind of like, ‘She’s weird.’ And then I just couldn’t stop listening to her. I just thought that she was so cool.”

There’s breadth in Pascali’s selections, a globally-known pop star on one end of the spectrum and a GemsOnVHS up-and-comer on the other. Who else inspires her, we wondered and she mentioned the late Rosa Balistreri.

“She played traditional music in Italy. Just to make the spectrum even wider, I’m really into traditional music from southern Europe and also eastern Europe and Rosa was just this incredible lady that was really one of the first mainstream female folk singers in Italy. She came from a really poor family in Sicily and became famous for singing songs that are from her specific region of Italy in Sicilian about working class life and just problems from blue collar communities in Sicily that to me sounds a lot like the American blues but the Italian version.”

Speaking of Italy, Pascali was packing her bags for a trip there as we spoke. We asked about navigating international travel during COVID and she shared her experience dealing with the pandemic as a musician.

“We’re about to go to Italy to promote the single and do networking over there,” she said of her current plans. “Also, it’s kind of difficult with the Delta variant of COVID. We were kind of on a roll. Earlier this year when we got back from California — we spent three months in California because I was working over there — and then when we came back we did kind of a homecoming show, just our first show back in Houston. It was packed, it was sold out.

The new single is Pascali's first recorded music since her last album released in December 2018
Photo by Kat Ambrose, courtesy of Amanda Pascali
“We were really excited about that so we booked another string of shows during the late summer and that’s kind of when the Delta thing happened and there was barely anyone at those shows, so it’s kind of like, okay, do we focus more on the shows now or should we focus more on the EP and the recording and publicizing and building our team right now if people aren’t going to go to shows? I still don’t entirely have the answer right now.”

To have a chance to play for audiences, she got vaccinated earlier this year, she said.

“I was so happy that day, it was like one of the happiest days I’d had in a long time because I had that glimpse of hope whenever I got stuck with the needle that made me feel like this may be the ticket that I was waiting for for my future to start, because when I graduated school from university, I graduated right when COVID started and I had an entire European tour planned for my band that all got cancelled. So, it was kind of like one chapter of my life abruptly ended and right before I was about to start the next one everything was put on hold. So, getting the shot was like, ‘All right, this must be it. This must be the ticket to my future starting.’ And it wasn’t, really. It wasn’t really that simple.”

We suggest the things that matter are sometimes not that simple, but are worth the wait. Life, like a good song, takes time to develop. And, when the time is right, we have to have the courage to take a faithful leap.

“When I look back on the songs I released in 2018, I would do all of those over again in a different way and make them better,” she started, “but, at the same time, would I have rather waited to release those? No, I think it’s good that I put them out when I put them out.”

Amanda Pascali's new single, "One by One," is available on Spotify, Apple Music and other streaming services.