Sum 41 at White Oak Music Hall Photo by Jennifer Lake
The Houston Press through its music writers and photographers probably over more shows than any other media outlet in town. We asked our reviewers to reflect on what for them were the most meaningful concerts they attended in 2019.

Here's what they had to say:

I've never considered myself a groupie. In the 10 years that I’ve been fortunate enough to write about music for the Houston Press, I’ve attended hundreds of shows. During that time, I’ve seen plenty of artists perform more than once, but I've never seen the same act twice in a week... until this November.

Celebrating the 20th anniversary of their breakthrough album Make Yourself, Incubus visited Houston's Revention Music Center on November 24. Incubus is my wife's favorite band, so we attended the show and thoroughly enjoyed hearing the California quintet's third record in its entirety.

The next day, we flew to Tennessee to visit my family. And it just so happened that our trip lined up with Incubus’ visit to the Ryman Auditorium, a venue my wife and I had never visited. It was the same show, but getting to watch my wife sing and dance along to one of her favorite albums twice in one week was pretty special.

Because, when you really get down to it, live music is a shared experience. And there's no one else I'd rather share it with, even if my wife's affinity for vocalist Brandon Boyd is a source of worry for me. — Matthew Keever

Many of your city’s musicians travel the world to work hard, play gigs and make a name for themselves. While they're pursuing their passions; they’re representing the place they call home. Every perfect note they deliver and any thrilling moment they create for music lovers elsewhere is a reflection of where they started, in some ways. And, if they happen to return to play a show for a growing base of hometown fans, on a perfect fall evening, with a host of handpicked fellow local musicians, they might be afforded a slight advantage on end of the year “Best Of” lists like this one.

But it’s not bald-faced nepotism alone which entrenches Houston heroes Khruangbin atop my personal list of best shows of 2019. It’s way more than that, starting with the music itself. Their brand of psych-funk world music is perfectly honed and has rocketed them into modern indie music’s zeitgeist. They sell out shows across the globe, are music fest darlings and have shared stages with some of your (and their) music idols. The trio’s well-written, expertly-performed, mostly instrumental songs can send listeners on introspective journeys or make them mindlessly disco dance to the groove.

At their White Oak Music Hall show, on the lawn, on a crisp, clear November Saturday night, the band fashioned the sort of vibe that drives us to music to begin with, the kind that allows us to slough off concerns for a while and just be in the moment. We danced with and spoke to our neighbors in whispered excitement about the music. Fellow Houston champions DJ Sun and The Suffers were on the bill and fellow Texan Leon Bridges made a guest appearance. They all hammered home what a talented place home has proven to be. The night was a fun, come together moment for Houston music fans and my favorite of the year.  — Jesse Sendejas

For those familiar with the somber undertones of James Blake's music, it's no secret that his live show can create a rather heavy atmosphere—at times passing for a confessional of sorts, where Blake's voice and piano carry the audience through rainy day albums like The Colour in Anything. This 2019 tour, however, marked a turning point for Blake. Whether it's due to his budding romance with actress, Jameela Jamil, or simply a matter of him growing more comfortable with his increasingly famous life, Blake's early-October Houston date departed from the anxieties and heartbreaks that have consumed so much of his past live shows.

Instead, Blake's set focused on his fantastic 2019 release, Assume Form—an album that is rife with a newfound sense of positivity. This thematic change was certainly felt in the room that night, allowing for one of the deepest connections between artist and audience that I've experienced in some time, and without a doubt making for one of the most memorable Houston shows of 2019. — Connor Fields


Ariana Grande’s Houston stop of her massive Sweetener World Tour carried a certain magnetic presence that major pop outings tend to capture only once in a generation. It was the kind of affair where the star of the evening - at both her commercial and artistic peak to date - was the star of the world at large, with life traumas and circumstances beyond any one of her frenzied fans’ comprehension. Considering the tumultuous period leading into it (a concert bombing, high profile break-up, and the death of an ex), the Sweetener Tour didn’t have to happen. Nor did its eponymous album’s companion album thank u next. That it all culminated in a career defining era with a production the size of the Sweetener Tour is some sort of miracle. Instead of disappearing from sight, Grande returned to Houston with an eye popping event and a set list that spanned both of her new albums, tried and true hits, and a few deep cuts for the most dedicated in the house.

Pop enthusiasts love to dissect the importance of historic concert tours like Lady Gaga’s Monster Ball Tour or Madonna’s Blond Ambition Tour. A few years from now, perhaps a Houstonian who dished out $70 for a tour sweatshirt at the Toyota Center last May will write a think piece on how the Sweetener Tour cemented Grande’s draw as a live act, revolutionized arena concert security, and why “Dangerous Woman” just might be the best damn song for karaoke en masse. — John Amar 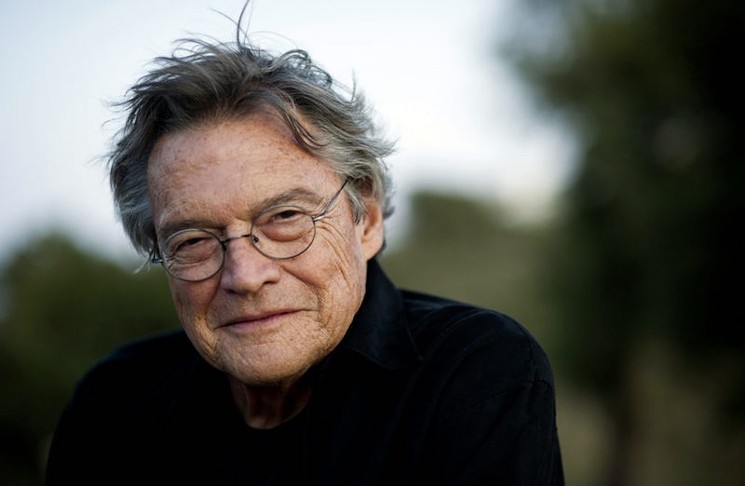 Terry Allen may have played in the first months of the year, but his show at the Heights Theater is still one of the most memorable shows of 2019. Allen and his band were on fire that night, proving why everyone from the Flatlanders to Kurt Vile count him as an inspiration. With his shoulders hunched over the piano, Allen delivered his classic songs as only he can, with his banging piano style and comedic timing. That night's rendition of his song “The Beautiful Waitress” is impossible to dissociate from the sound of a cracker crunching.

Allen told me then that like a shark, he never stops moving and he wasn’t exaggerating. He was a busy man at the time and he has not slowed down. Allen has had art shows in Miami and Los Angeles, performed in support of the documentary Everything for All Reasons, a film about his life, and announced a new album which will be out early next year titled, Just Like Moby Dick. — Gladys Fuentes

Folk legend Ramblin' Jack Elliott had a special weekend in Houston this year. Houstonians Dee Brown and Bruce Bryant screened their documentary, Ramblin’ Jack Elliott: A Texas Ramble at the Museum of Fine Arts and he played an unforgettable show the next night at the Mucky Duck.

The film provided viewers a passenger seat ticket to ride along with the king of ramblers and beautifully captured Eliot's natural magnetism and legendary ability to draw others in with priceless footage proving that no man or creature is safe from his charm. Elliott was on hand himself to take questions and joked that he learned he had been a handsome man.

To watch Elliott absorb a time of his own life being played back to him was very powerful and he appeared sincerely touched and moved by the film. As he struggled at times the following evening at the Mucky Duck to keep his guitar in tune, a friendly sound man decided to step in and help. Elliott admitted his difficulty in navigating a new guitar and a new hearing aid combined with arthritis in both of his hands. He took to the opportunity to sing a cappella and his voice filled the small listening space to create a magical, mystical moment that might never be repeated. — Gladys Fuentes

The concert I had the most fun at in 2019 was the opening night of Super Happy Fun Land’s 14th annual South by Southwest Overflow Fest. Every year at this show touring SXSW-bound bands from all over the country and the world stop by to play before or after their gigs in Austin. The opening night this year featured Houston bands however. Local veteran rockers The Escatones and Darwin’s Finches blew me away with their intense performances as did newcomers Fire The Liar; Galveston rappers Erasmo and G-Razor opened the night up strong as well. The low admission price and free German beer and pretzels that night didn’t hurt either. — David Rozycki

Sum 41’s performance at White Oak Music Hall was my favorite concert this year. Steamrolling off the success of their recently released album, Order In Decline, the Canadian pop-punk icons brought out all the stops. With confetti, balloons, and beachballs, the concert was one of the most fun and interactive set’s I’ve had the pleasure of witnessing. While pumping out their numerous sing-a-long tunes such as "Fat Lip" and "In Too Deep", the band also displayed their wide range catalog, performing acoustic songs and bringing out a piano for a ballad. I was especially happy when lead singer Deryck Whibley came to the back of the crowd to perform a couple of songs, giving us height-challenged people a front-row performance. — Cameron Martinez