Alone On The Moon Riffs Hard On Spectra 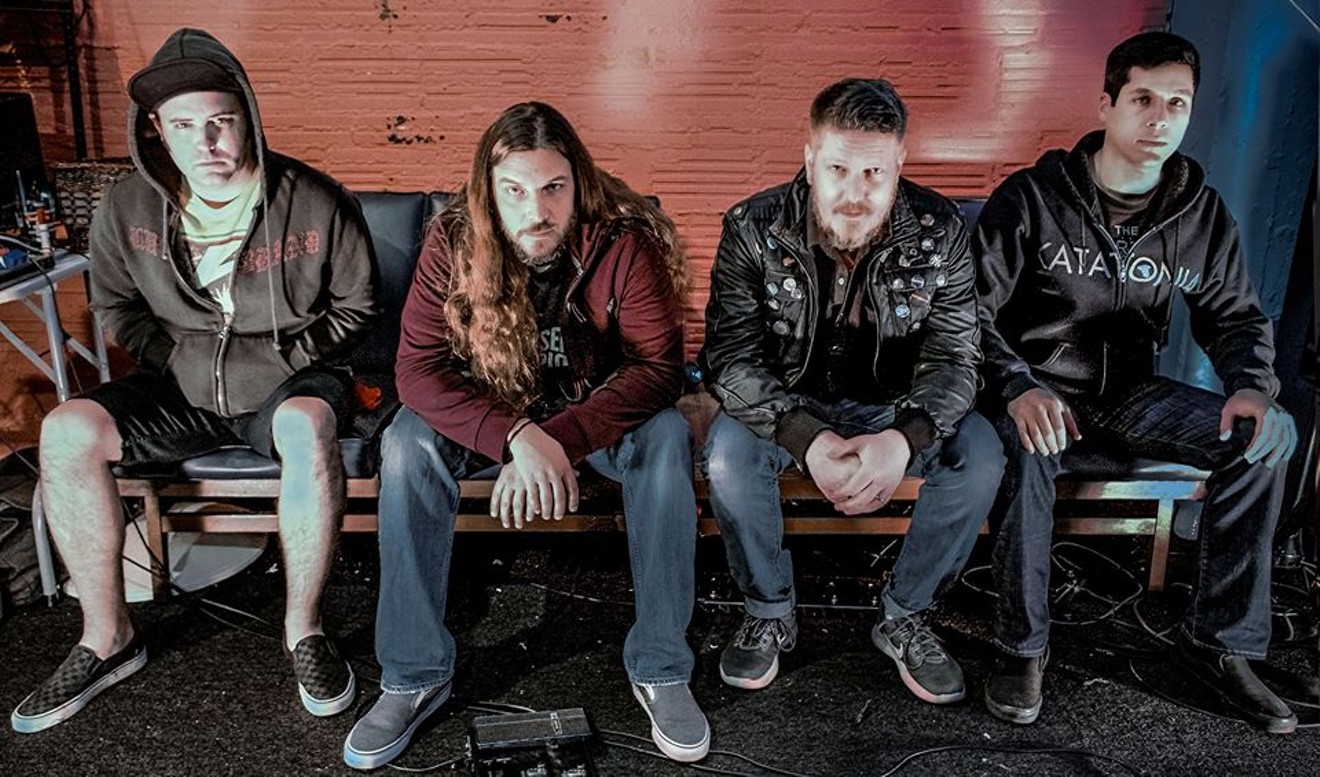 Alone On The Moon debuts "Spectra." Photo by Joe Lovchik

Houston's Alone On The Moon have always played heavy music without overclocking things, and the result is their latest release Spectra. The music is all instrumental which at times makes you want vocals.

The songs all seem to take the principle of starting slow and building to epic levels. This is best represented in second track "Scatterbrain-Ed" where the band adds chunky riffs to melodic squeals and an almost progressive structure. This occurs again on the track "Kings, Bishops, And Pawns." Without vocals, the band is set to make their story line through the music alone; songs go from spacey and epic to heavy and sludgey before ending.


When the band wants to get fast and dicey, they do so on tracks like "Bright Bite Wound," and should hold the attention of any guitar loving fan who dreams of taking dive bombs down the fret board. The same could be said about the meandering notes of "Suicitation," where lovers of artists like Steve Vai will get a kick about the intertwined guitars before things kick in and get thick and heavy. In "The Digger" the band adds machine-like drums to their already chunky notes.

As a guy who isn't typically into instrumental metal, I was surprised at how this record held my attention. You can stream Spectra on all platforms, or order copies directly from the band through their Bandcamp page.
KEEP THE HOUSTON PRESS FREE... Since we started the Houston Press, it has been defined as the free, independent voice of Houston, and we'd like to keep it that way. With local media under siege, it's more important than ever for us to rally support behind funding our local journalism. You can help by participating in our "I Support" program, allowing us to keep offering readers access to our incisive coverage of local news, food and culture with no paywalls.
Make a one-time donation today for as little as $1.