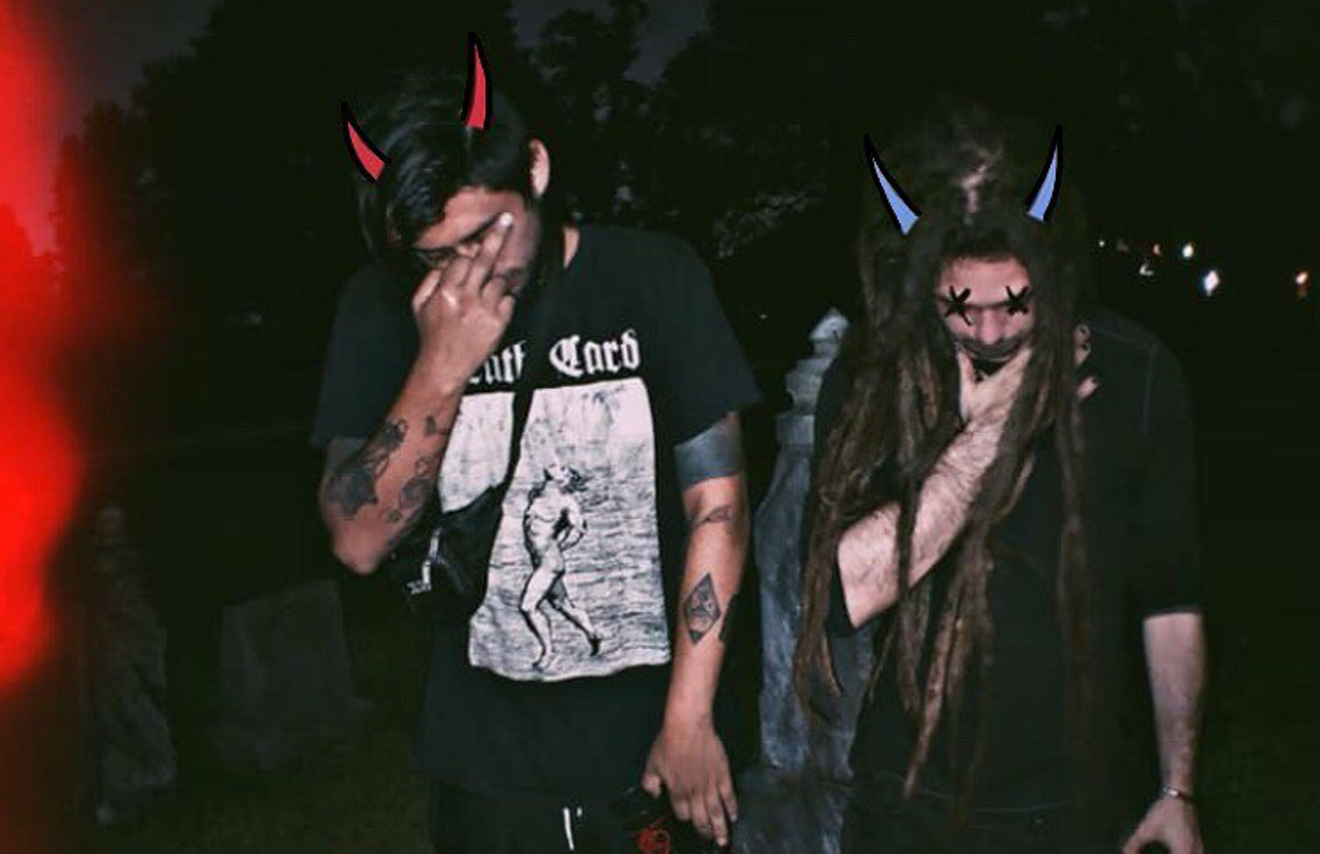 Cocaine Cowboy are ready to show off their new work. Detail from cover art
Local artists Worst Nightmare (Jesse Cardoso) and Hollywood Dreaddy (Jacob Isget) have teamed up for their newest joint project and premiere of their collaborative group, Cocaine Cowboys. While the two had planned an album release concert for earlier this year, the continuing number of coronavirus cases caused the duo to postpone the show.

“We were expecting 300+ people at our house show but things are kind of lame right now," Cardoso says. "So, we figured it would be best to just go ahead and release this new music video and make our debut through it.”
Cardoso pushes his music past the boundaries of traditional hip-hop and rock, creating intense and sometimes chaotic songs. Dreaddy provides harmonies and more relaxed sounds. Using his vast knowledge of music theory and his ability to play different instruments, Dreaddy creates jarring instrumentals for the two, while also mixing, producing and mastering most of the group’s tracks.

“I actually met Dreaddy at the release show for my EP, I am Demon,” says Cardoso. “He performed at my show and then later invited me to one of his video shoots. It was a straight up real video shoot, it was in this big ass mansion and this guy was slinging around a shotgun and shit! After that we just started talking about music and hanging out more and—” “And shotgunning beers!” adds Dreaddy as they both agree and take a chug of their Crazy Cowboy Lager.

“Once we started hanging out more, we started branching into each other’s styles of music.” says Cardoso. “[Dreaddy] does more melodic and slower music, upbeat sometimes. I do very punk, old-school, raging shit.”

Both members have taken their chances in bands before starting their solo careers, but are interested in returning to a full act, saying that once the EP releases, they’ll soon be looking for bandmates.

“We’ll play a rap track one minute, then switch over to a hardcore track with maybe some mathy, technical playing, then go right back into some hip-hop shit. Everything will be coming out of left field,” Dreaddy says

Both say that they hadn’t originally planned on being rock stars, but were focused on being ninjas.

“We’ve actually talked about this.” says Dreaddy. “We were chilling, and I was like ‘You know, before all this I used to want to be a ninja when I grew up’ and he was like ‘Aww, what the fuck, me too!’" "Haha, with our ‘gun metal black, cobra ninja ops katana from Harwin” they chant in unison.

Cardoso recounts that one of the things that actually got him interested in wanting to be a performer, was witnessing Houston artists Fat Tony and B L A C K I E perform in 2009.

“I had went to their Black Christmas show and it was a crazy. It’s where I got my inspiration for all of these house parties with these mixed acts, ‘cuz it was huge mix of crowd, man. There was rappers there, punks, hipsters, everything, and it was just community love, everyone getting along. Fuckin' B L A C K I E played and it was life changing for sure. Watching Fat Tony and him play that show was when I decided that I want to be a rapper.” 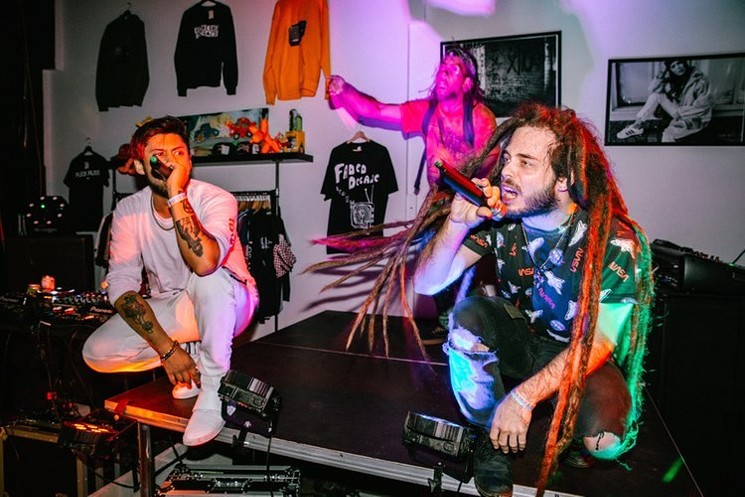 (L-R) Worst Nightmare and Hollywood Dreaddy performing at a house show.
Photo by Justin "Jazzy" Padilla
“We are still going to be performing at a couple of shows coming up with a limited amount of tickets, and social distancing is going to be enforced. We will be playing a show on August 18 here in Houston with our friends from South Carolina Keepmysecrets, Foreign, and Fernvndo. We’re just going to have to be as careful as we can be.”

"But since COVID started, it definitely helped our writing process since we’re stuck at home all the time. We have honestly recorded like two EPs and almost a full album for Dreaddy. So we’re not trying to let it hinder our process right now. We gotta keep on grinding and getting this music out!”

"Dreaddy has an album in the works. I have a couple singles coming out as well. And we’re gonna focus on making more songs and videos while all this Covid stuff is happening. We love music more than we love ourselves and we’re not planning on stopping any time soon. We're just getting started ya know?"

Cocaine Cowboys will be performing at the Sad At Heart Pop-Up Shop & Show on August 18 at Richmond Studios 5806 Star Lane. Strict attendance rules apply requiring audience members to wear masks at all times. "Removal of mask will result in removal from the event." For tickets and more information, visit eventbrite.com $10.