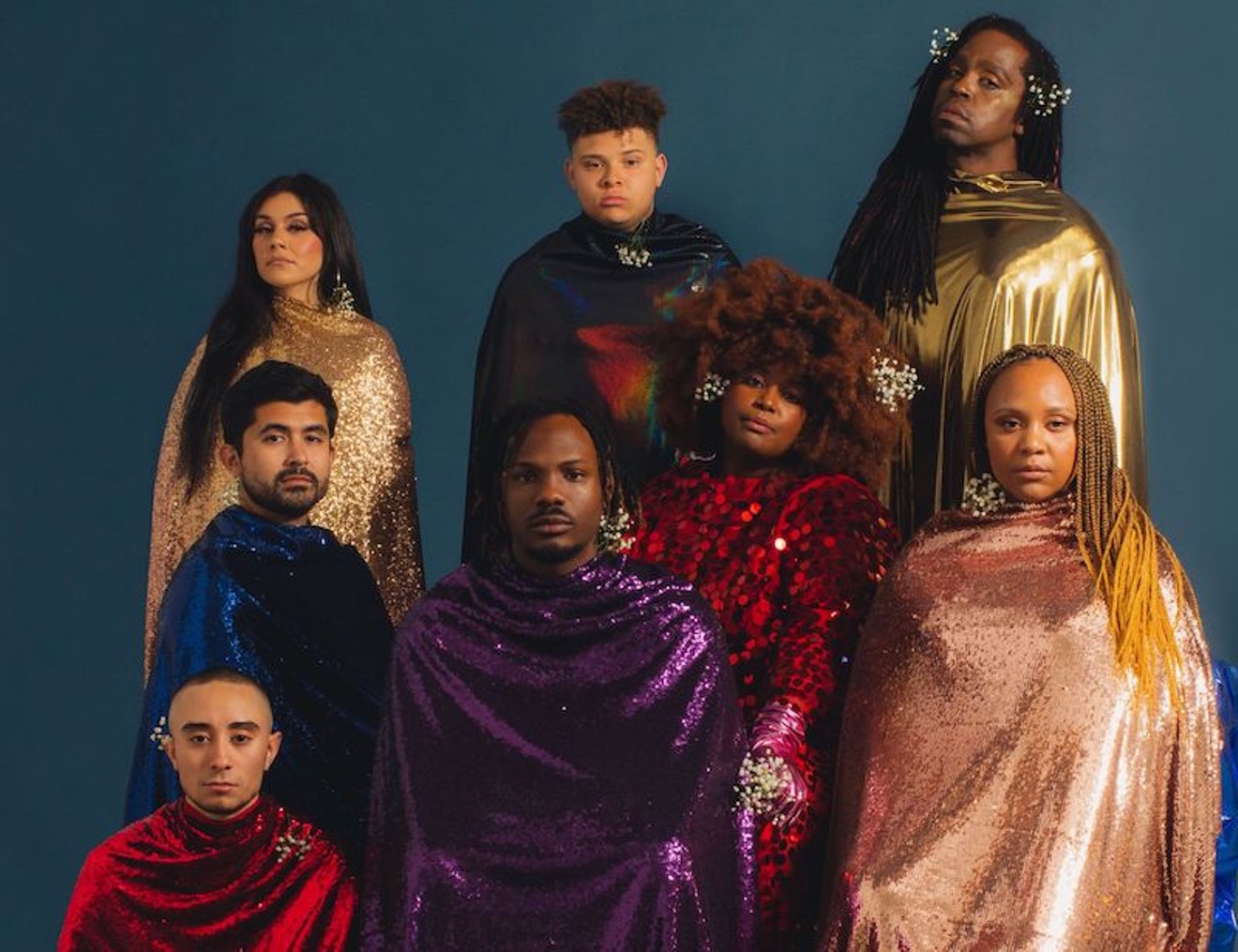 The EP may only be four songs long, but it packs a heavy punch as it combines a diverse array of voices to tell the story of overcoming fear and oppression by joining forces and finding our collective strength as a society.

The title comes from Franklin’s original vision to create a choir where anyone felt welcomed, regardless of their past or level of singing experience. She recognizes that many individuals have experienced some kind of trauma that pushed them away from using their voice, and she wanted to let them know that they could always come back.

‘It’s just been such a dream to work, even though it was remotely, to work on a record that reflects the city that I live in and that looks like the city that I live in, not just one version of it. There's so many different backgrounds and people represented and sounds and styles and most importantly, I was so proud of every single one of them for having the patience and just curiosity to work on this music that really didn't sound like anything that any of them do.”
The project, which took over 400 days to complete, was documented in a short film she has also released online and plans to submit to film festivals.  The film shows not only the creative process but much of Franklin's and her collaborators' thought processes through interviews and conversations.

The ambitious project was funded by a grant from the Houston Arts Alliance which Franklin was awarded at the end of 2019. She set out to record a live album with over two dozen Houston artists. She began her search by hosting a jam session at The House of Blues in an attempt to find individuals with the right chemistry while also intentionally opening her doors to women, people of color and the LBGTQ community.

After COVID shut everything down, Franklin’s fieldwork jam sessions were cut short but she realized after re-watching the performances from that evening, that she had all the talent she needed to get started. Footage from that night kicks off the documentary.

Listeners would never guess it based on the rich, flowing vocals of all the contributors, but Bayou City Comeback Chorus was tracked for the most part with every artist remotely. The accompanying documentary shows the shocking moment where she zooms in on the screen in the studio with mixer Raymond Azuenne to show over a hundred tracks on one song used to capture the effect of a chorus of singers.

“Y'all are amazing singers, but we're going to need some acting,” Franklin recalls telling her remote chorus. “The energy that you usually have in a studio with a bunch of people wasn't there but every single one of them I think knocked it out by the second take and it was more than I could have imagined and then some.”

Bayou City Comeback Chorus plays as a complete story of perseverance and coming together with each track sounding different but at the same time carrying with it a common element of peace and an almost trance like effect on the listener.
The EP kicks off with the mellow and chant-like “Be The Light” featuring the impressively smooth vocals of Nick Connors. Franklin wrote the song following the shooting of Atatiana Jefferson by officers in her own home as she slept. The event sent Franklin into the shared fear that many Black Americans face and she turned to music to help her digest her emotions.

What began as Franklin’s own reflections and healing process after not only witnessing violence and police brutality against Black Americans, but also the racism she has experienced firsthand as a Southern Black woman, turned into a passion project where she extended the opportunity to heal to others.

“I wanted to create a space that was pretty representative of everyone and I wanted something that reflected what our city looks like and sounded like but I also didn't want to write any music about romance or any other subject matter that I already write about in The Suffers. I wanted it to be very specific to what was happening in the world at that time.”

“I wanted to create a space that was pretty representative of everyone and I wanted something that reflected what our city looks like and sounded like."


“As America decided to show more of its ass and kill more unarmed Black people, I really dove into this work and into finishing this project by any means necessary. While it was inspired by the oppression that Black folks were going through at the time, I feel like the music can be applied to any person that is feeling oppressed and seeking some type of peace and solace,” she says.

The EP picks up the funkiness with the overwhelming optimism of “Stronger Together” where singer and rapper Dende takes the lead on the bass heavy track which also features her bandmates from The Suffers giving the track a familiar feeling while breaking away from The Suffers Gulf Coast Soul based sound.

For “Bring It On” Franklin gave lead vocals duty to the incomparable Z’maji, who usually serves as backup singer but takes center stage on this track. The EP wraps up with the dreamy “We Can All Be Free” featuring Lilly Aviana and Sugar Joiko.

Uncle Tino contributed vocals and talk box throughout the album and is a highlight of the documentary as he describes the shift artists had to make during the pandemic as opportunities to perform dwindled as well as his own process of finding his voice while going through hormone replacement therapy.

Though all of her contributors are distinct from one another, each and every person who contributed is a powerhouse of talent in Houston that will no doubt only continue to rise.

“I hope that everyone goes and listens to every single one of these artists' individual projects as they begin to come out if they haven't been released just yet,” Franklin says, adding: “My big hope is that I can apply for another grant where I can do the record as I intentionally intended but bringing more voices and I would also like to bring in more musicians.”

Bayou City Comeback Chorus is available for streaming now. The documentary is available for on YouTube.
KEEP THE HOUSTON PRESS FREE... Since we started the Houston Press, it has been defined as the free, independent voice of Houston, and we'd like to keep it that way. With local media under siege, it's more important than ever for us to rally support behind funding our local journalism. You can help by participating in our "I Support" program, allowing us to keep offering readers access to our incisive coverage of local news, food and culture with no paywalls.
Make a one-time donation today for as little as $1.